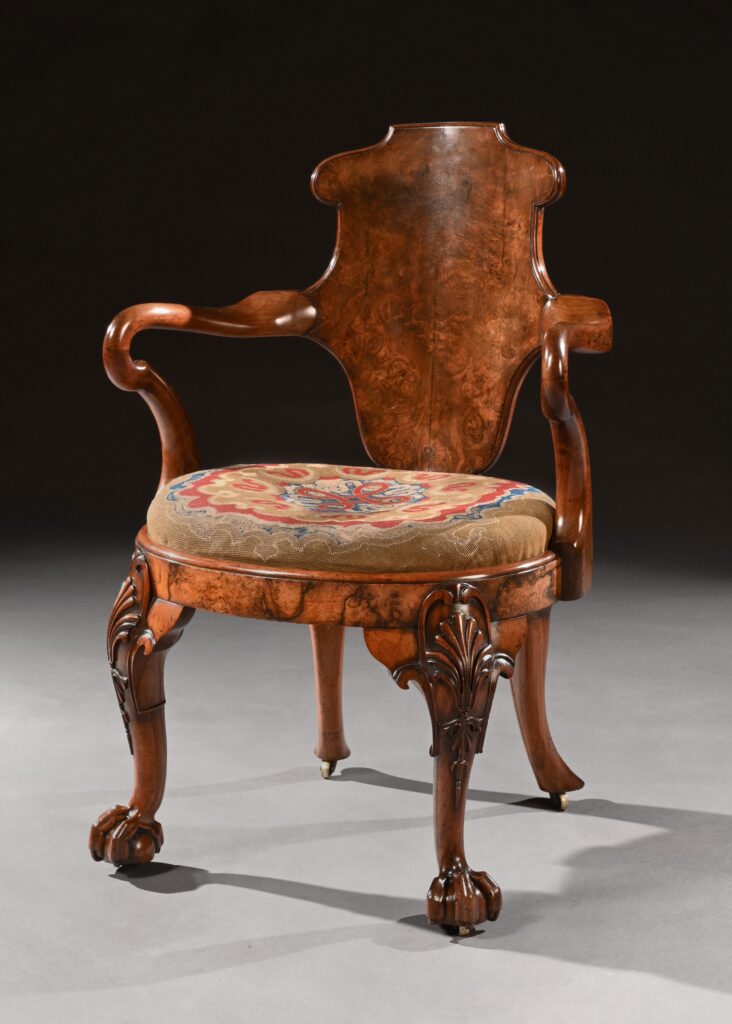 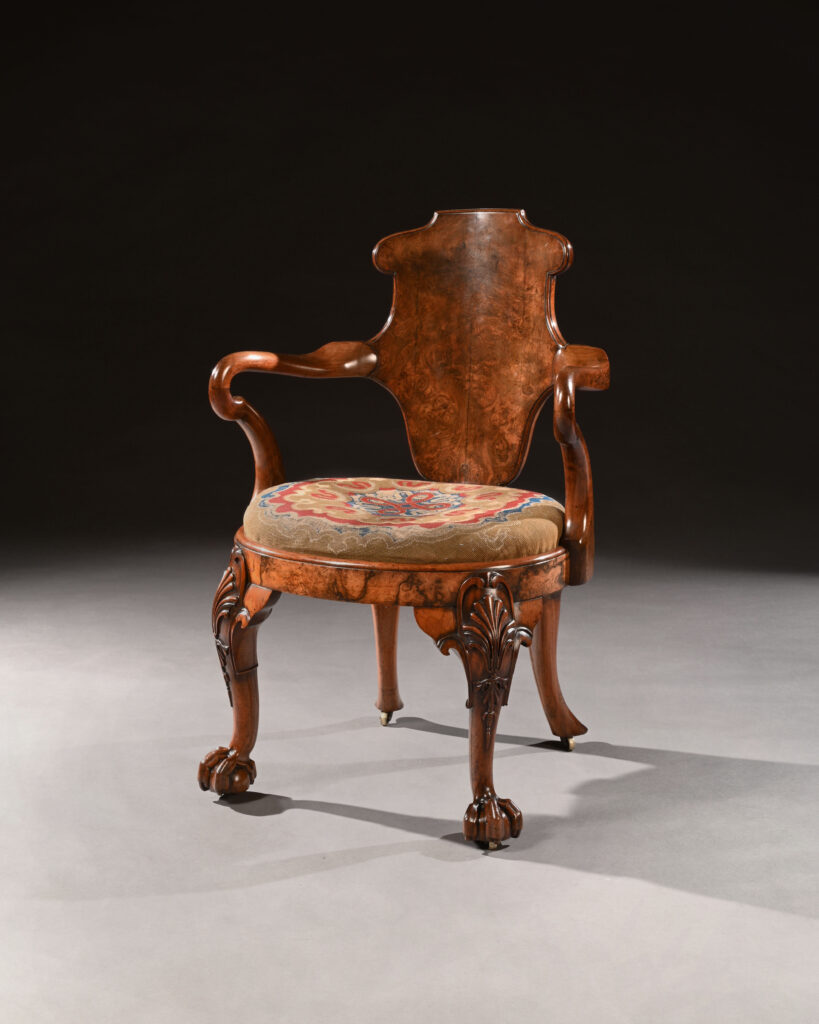 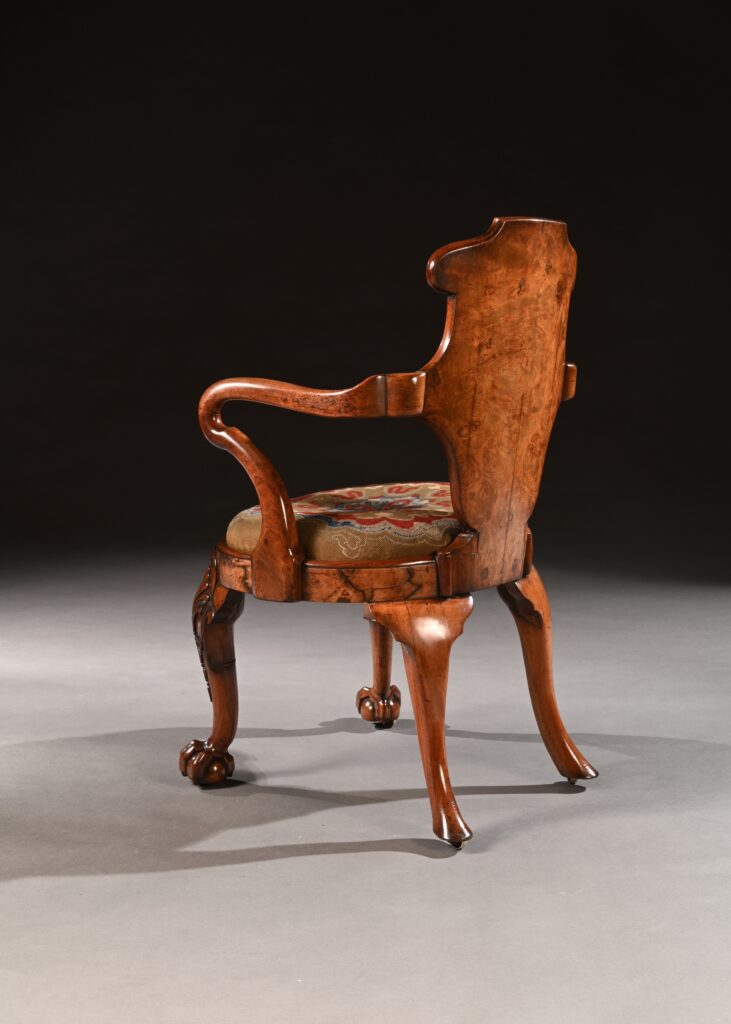 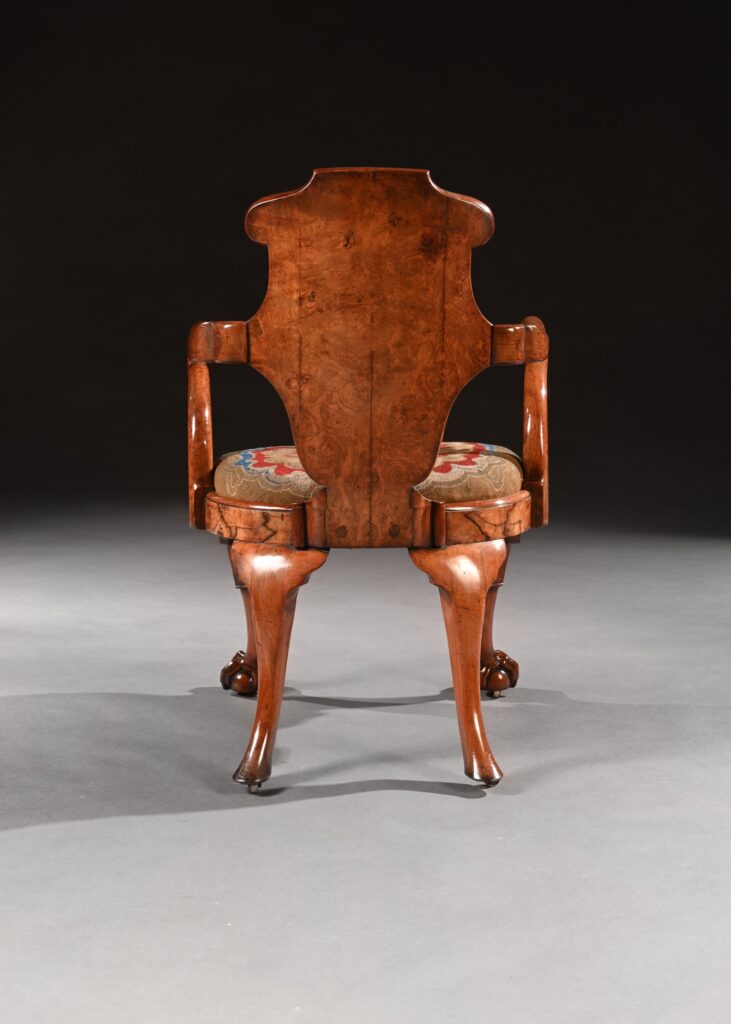 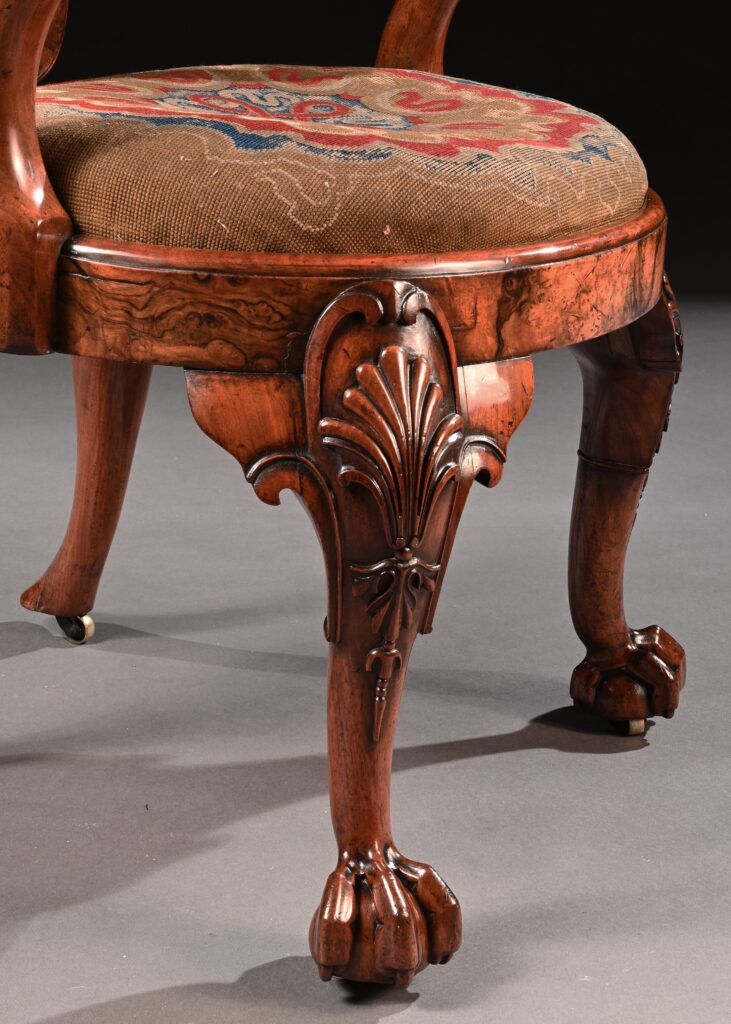 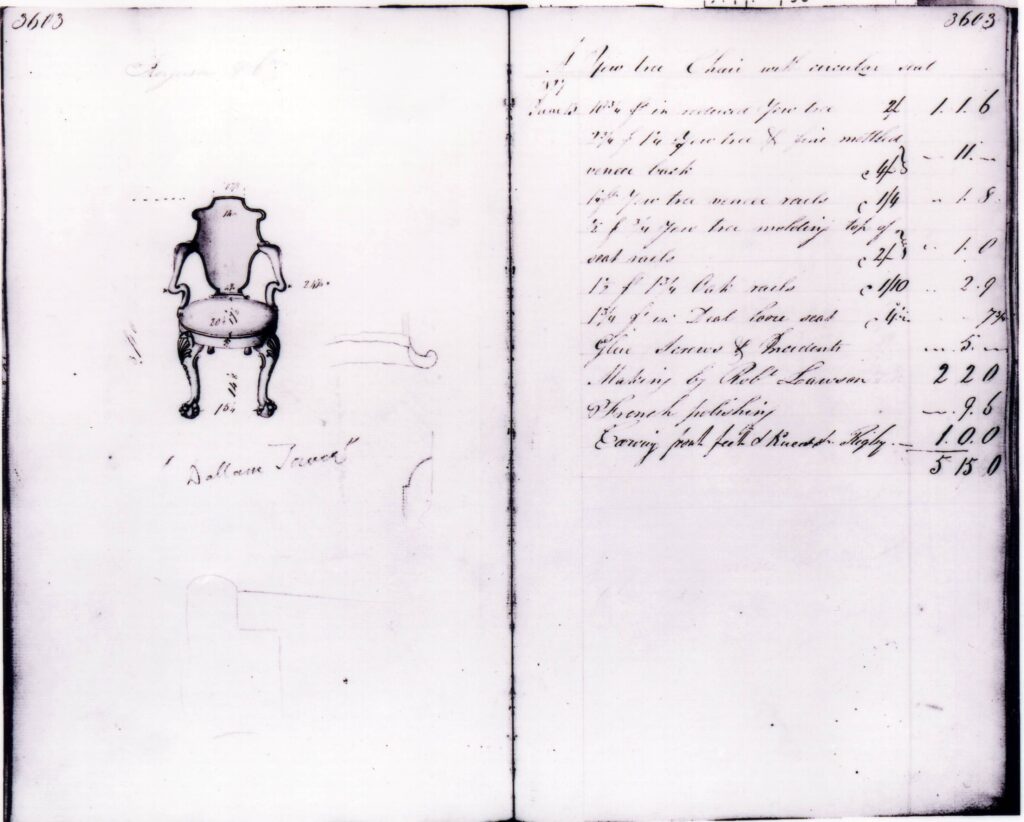 The 'shepherd's crook' open armchair is made with an 'escutcheon' cartouche-shaped back veneered in figured burr walnut and book matched. The chair back retains patination, depth of colour and sits between 'shepherd's crook' arms. To the reverse the cartouche-back is veneered and finished in figured walnut and solid scrolled walnut brackets above out-swept walnut legs and adorned with carved ears that stand on gilt brass concealed castors.

A drawing in the Estimate Sketch Book for 13 June 1827 shows an identical chair described as ‘Old English’, made for Dallam Tower near Milnethorpe, Lancashire. This was made in yew, with oak rails, just as the present example. Other chairs in oak, walnut, mahogany and elm have been recorded, with slight differences in the carving of the feet, probably because the were carved by different craftsmen. The design is obviously based on early Georgian dressing chairs with their low, escutcheon-shaped backs and ‘shepherd’s crook’ arms, while the foreleg is modelled on a common Georgian design.

This form of compass seated chair was popularised by early 19th century antiquarians. The chair takes its ‘vase’ shaped back-splat from the English ‘India-back’ chairs of the early 18th century. The eagle monopodia legs, which are embellished with ‘Venus’ shells, derive from chairs of the George II period.

The first, original chair prototype that Gillow copied from was an 18th century chair and this chair type was sold at Christies, Lot 103, London in the Jeremy & Hotspur sale of the 20th November 2008.