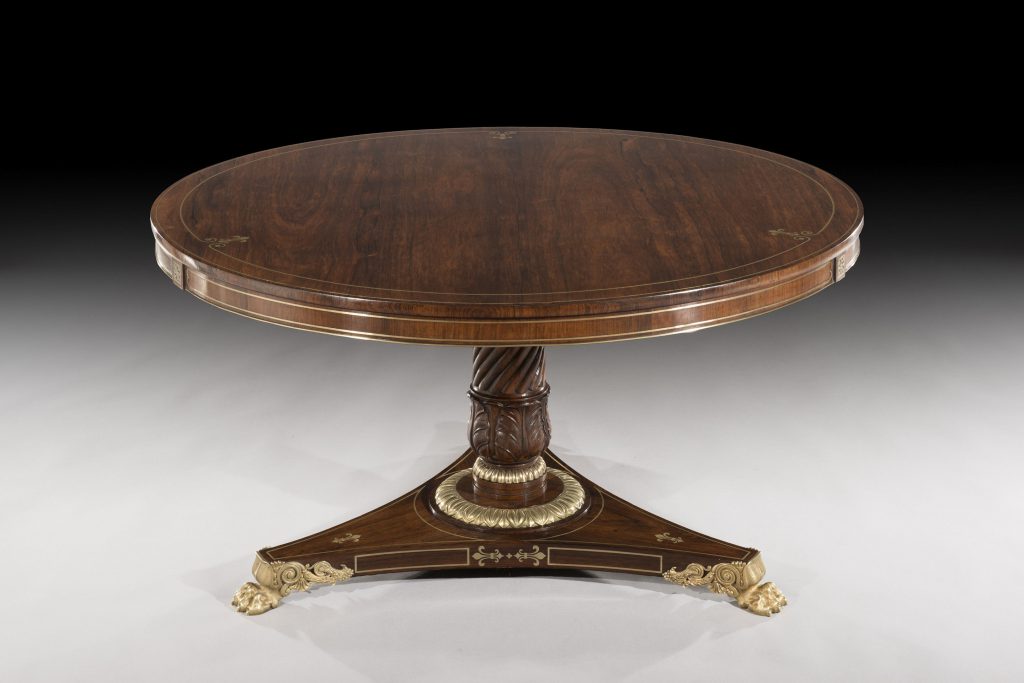 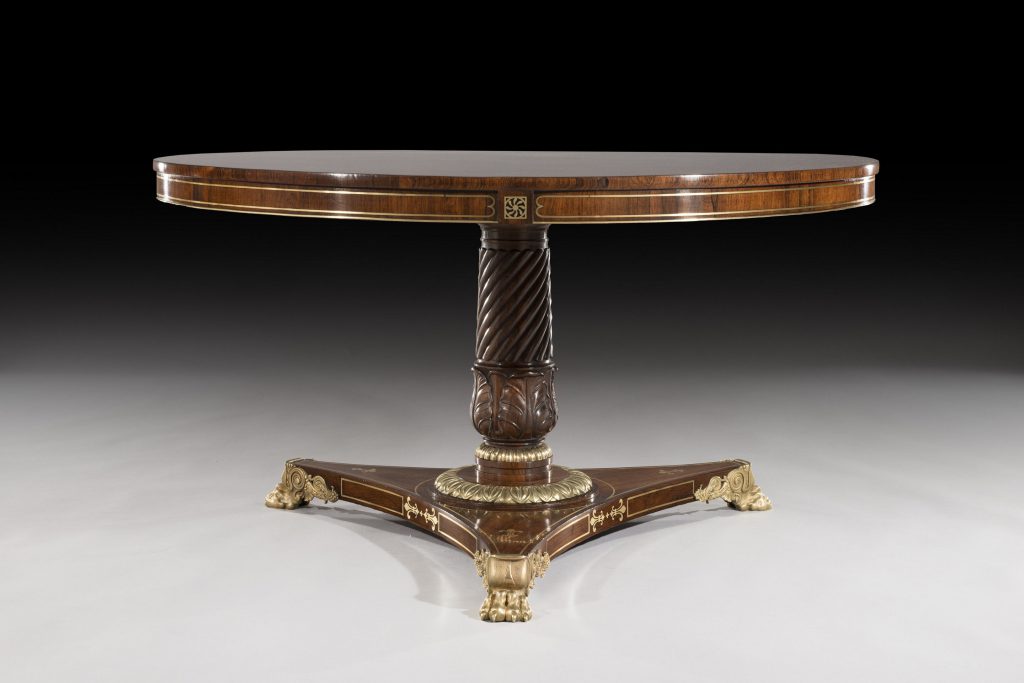 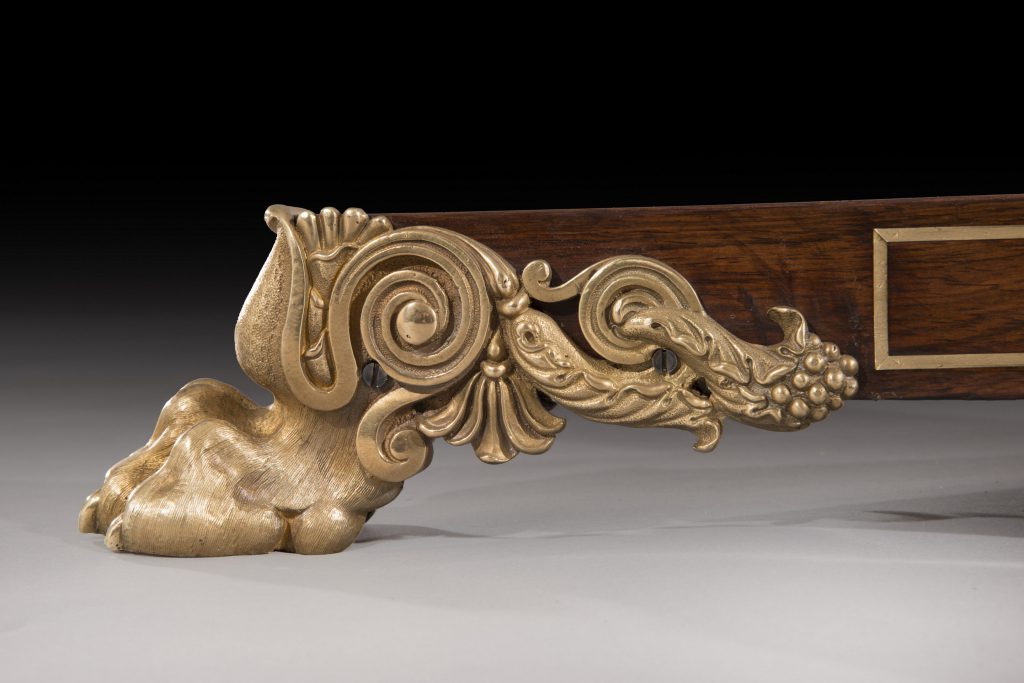 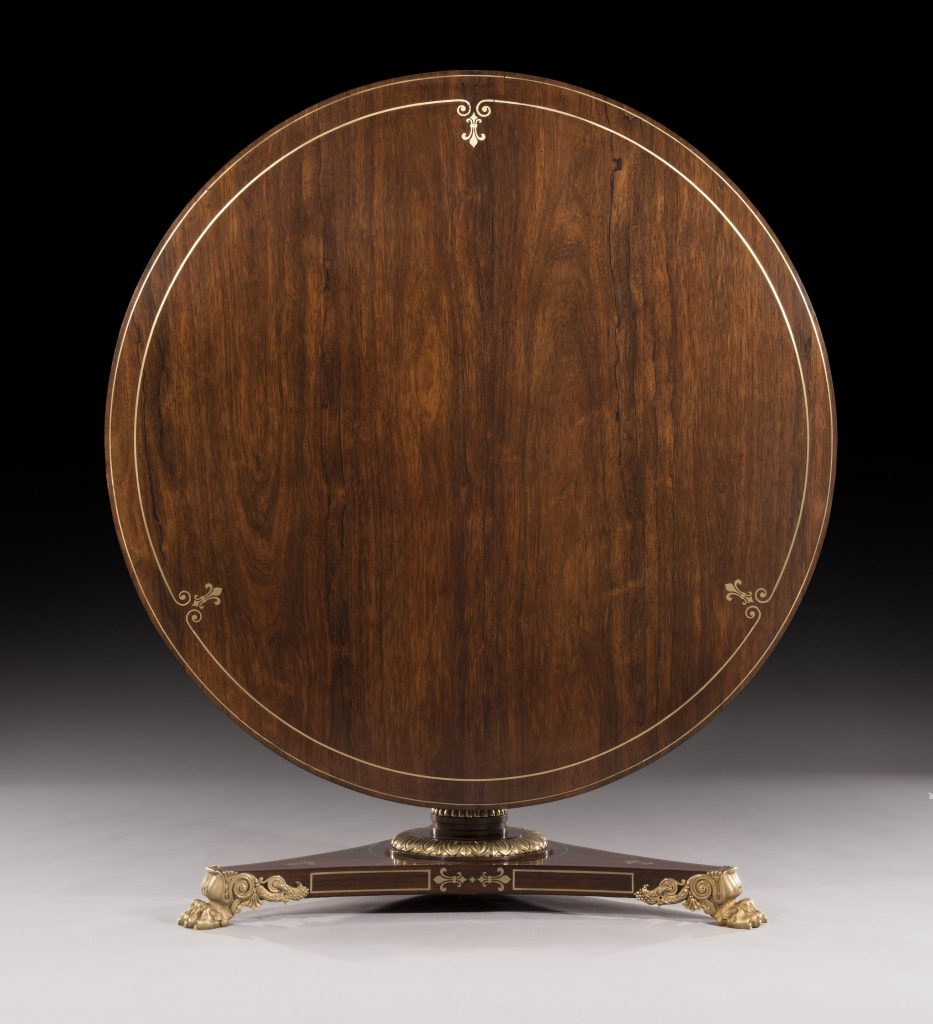 The book-matched rosewood veneered top with brass fleur de lys inlays above brass scrolls and stringing is surrounded by a singular brass band.  The rosewood crossbanding to the edge is above a beautiful shallow freize with brass bands flanked by brass square capitals with circles inlaid with coromandel.  The frieze is also fitted with a solid brass moulding.  The carved turned pedestal with leaf decoration is fitted with the original brass gadrooned and lotus leaf mouldings.   The well-drawn triform base with brass stringing and fleur de lys symbols sits on the cast brass feet that are original.   These are decorated with cornucopia and anthemion with scrolls and stiff leaf decoration above hairy paw feet that are flush to the floor.   The table is of the highest quality, chic and elegant, in the French taste and has  strong attributions to George Oakley of London because of its style, use of coromandel inlay and design of the feet. A known example of these feet can be seen on a pair of cabinets that were made by George Oakley for Stoneleigh Abbey, Warwickshire and sold by Apter Fredericks of London. There is reference to serpentine cabinets, a cabinet-on-stand and an antiquarian secretaire in Christie’s London sale Longleat Thursday 13 June 2002 Lots 326/327/328, which are designed in the French ‘antique’ style having probably been executed in the workshop of George Oakley.   George Oakley (d. 1841) George Oakley was among the foremost cabinet-makers of his day, with premises in Bond Street, London, and the city.  He had a wide and distinguished circle of patrons, including the Prince Regent, for whom he worked on Carlton House.  He supplied furniture for the Mansion House and the Bank of England, as well as private clients such as the banker Thomas Baring, Edward, Lord Lascelles, for whom he worked at Harewood House, Hanover Square, London, and many, many more including Sir Henry and Sir John Sutton Nelthorpe, the 7th and 8th Barons of Scawby Hall. Oakley was granted a Royal warrant in 1799 after receiving a visit from Queen Charlotte and other members of the Royal family, upon which ‘ …… her Majesty, The Duke and Duchess of York, and the Princesses & c., highly approved of the splendid variety which has justly attracted the notice of the fashionable world’ (Morning Chronicle, May 1799). He enjoyed a long and successful career, stretching from 1789-1819, specialising in French and Grecian style furniture.

The fleur de lys is associated with the French monarchy in a historical context and continues to appear in the arms of the King of Spain. This style of table was originally referred to as a Loo table. These tables were designed specifically for the round game of cards known originally as ‘lanterloo’, which came into favour in England in the late eighteenth century, but were also put to general use. They were centre tables, usually in circular form and of substantial, but convenient size. Ref. ‘Regency Furniture’ by Margaret Jourdain Pg. 73 Fig.162 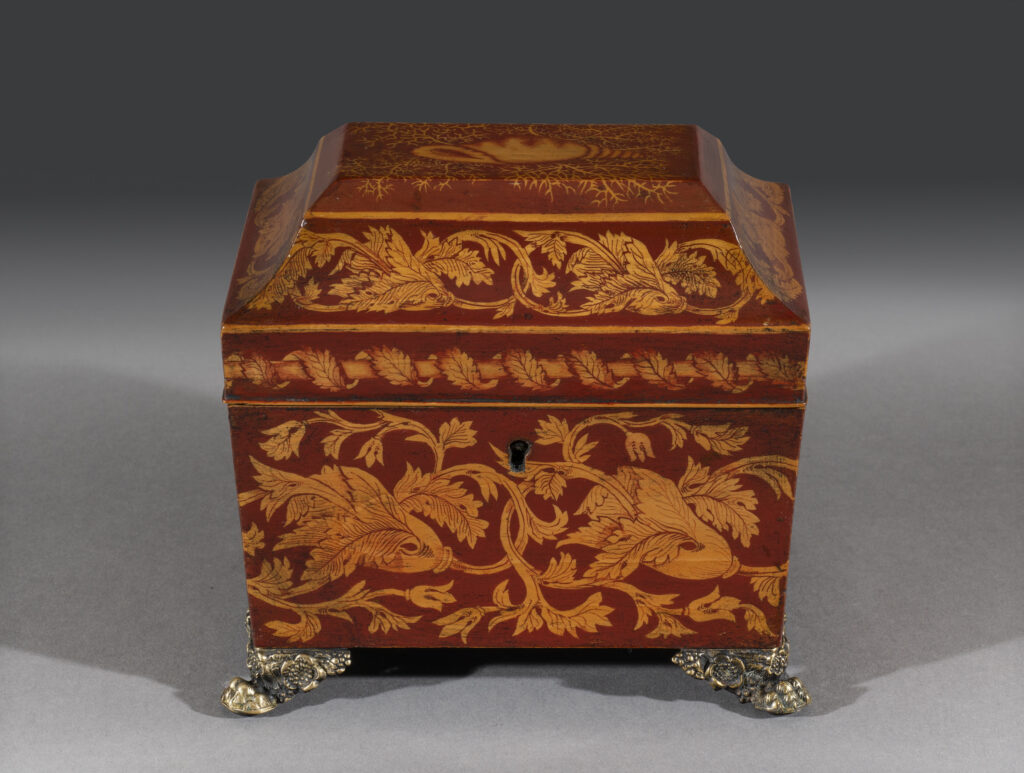 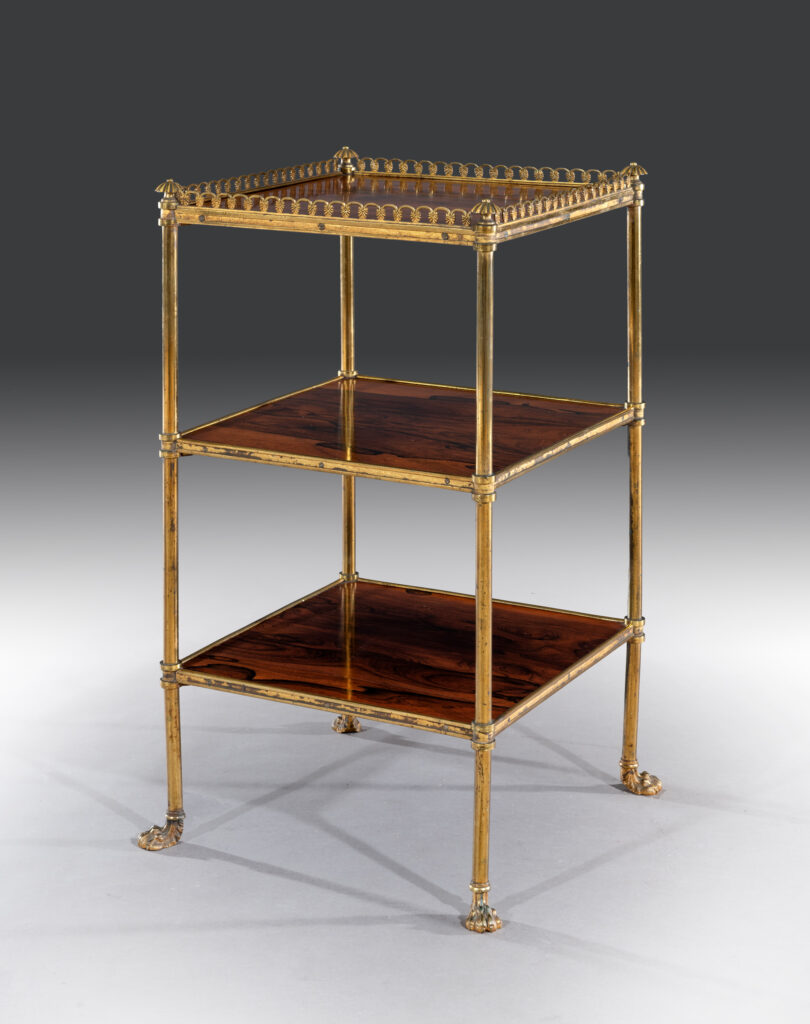 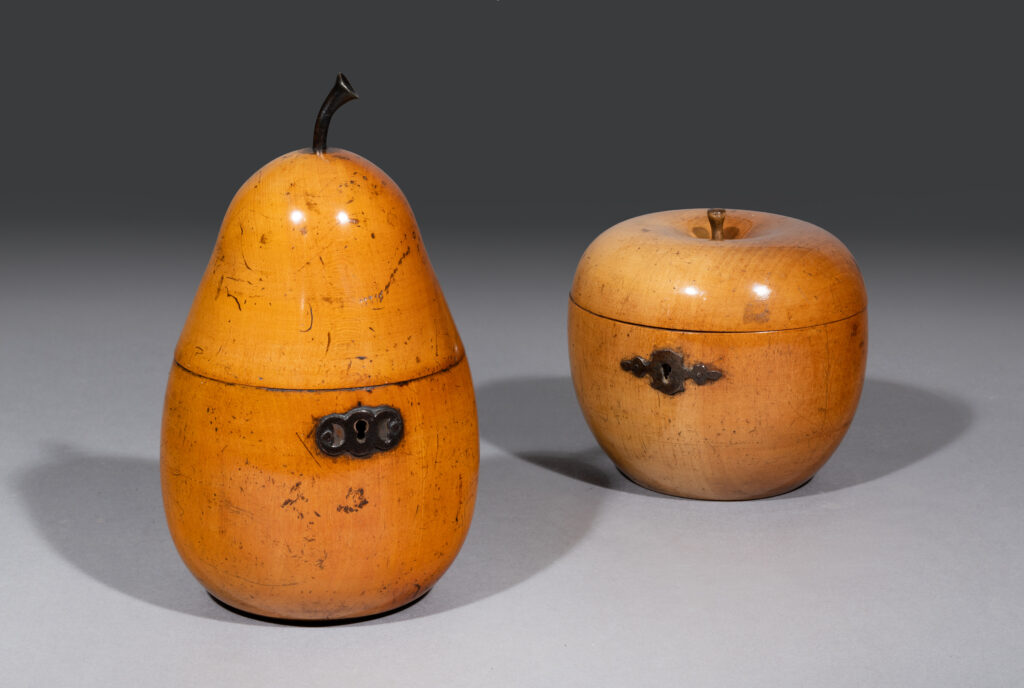