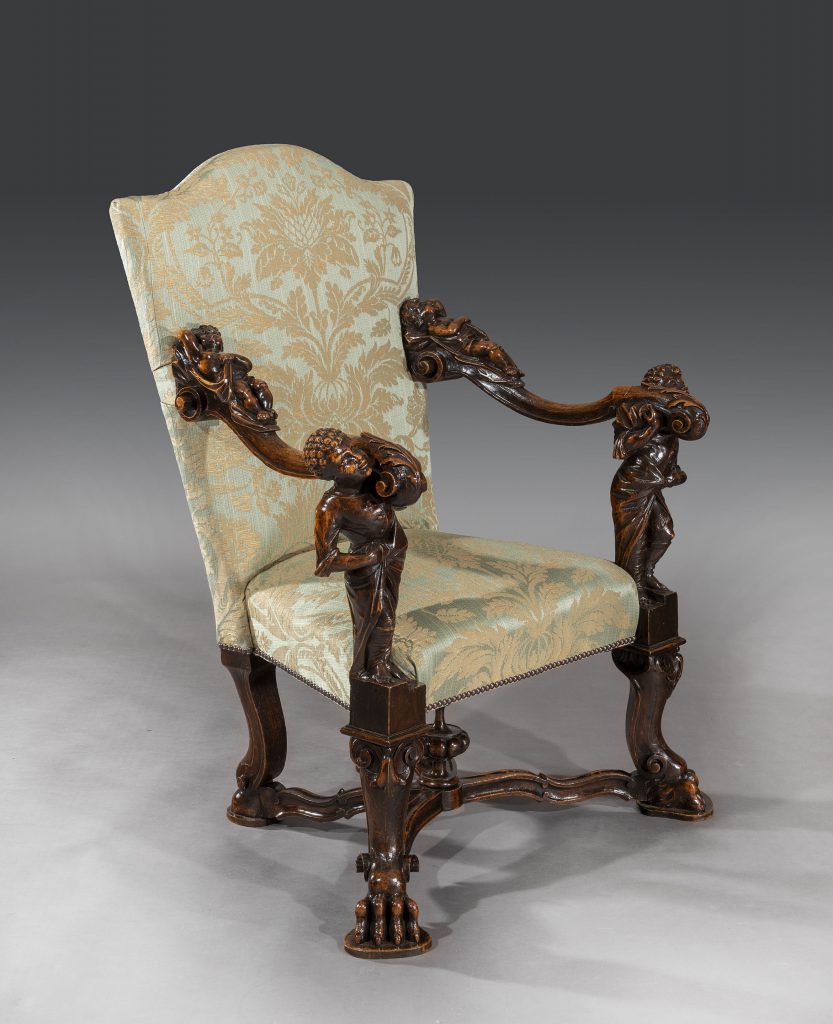 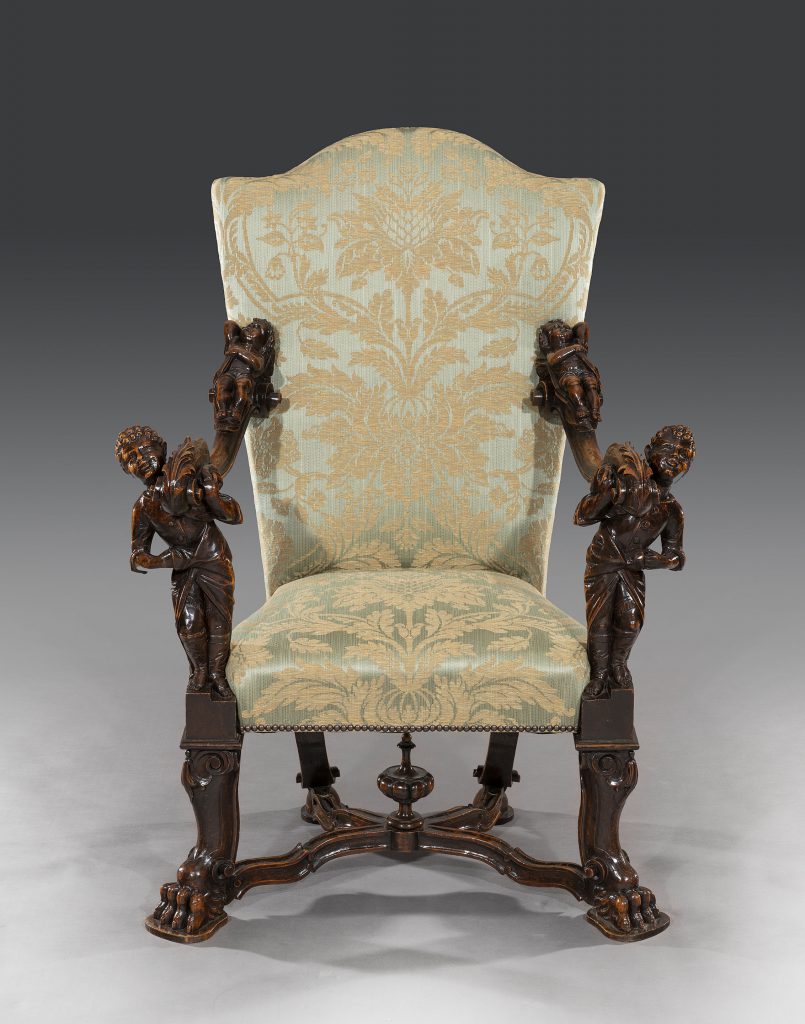 The camel-back shaped chair has recently been re-upholstered with a light green & gold damask fabric to compliment the walnut chair. The cherubs that adorn the top of the arms lie on 'C' scroll arms supported by crisply carved blackamoor figures and the sprung seat is supported on solid carved walnut legs. The 'X' frame stretcher is decorated with the original centre finial.


Valentino Panciera Besarel (1829-1902) was Andrea Brustolon's great heir of the 19th Century in wood carving; he presented himself as Brustolon's natural successor and alter ego. He studied from 1855 to 1857 in Venice and his career developed the most there and in Belluno, as well as countries beyond the Alps. He applied in furniture and in ecclesiastical and
secular decoration, showing his talents in furniture and frames making.

Brustolon is documented at several Venetian churches where he executed decorative carving in such profusion that he must have quickly assembled a large studio of assistants. As with his contemporary in London, Grinling Gibbons almost all the high quality robust Baroque carving in Venice has been attributed to Brustolon at one time or another. In the Venetian Ghetto, at the Scola Levantina, Brustolon provided the woodwork for the synagogue on the piano nobile, where the carved, canopied bimah is supported on Solomonic columns, which Brustolon had seen in Bernini's baldacchino in the Basilica of St Peter's.

His furniture included armchairs with figural sculptures that take the place of front legs and armrest supports, inspired by his experience of Bernini's Cathedra Petri. The gueridon, a tall stand for a candelabrum, offered Brustolon unhampered possibilities for variations of the idea of a caryatid or atlas: the familiar Baroque painted and ebonized blackamoor gueridons, endlessly reproduced since the eighteenth century, found their models in Brustolon's work. He is known for his furnishings in the Baroque style and devotional sculptures. 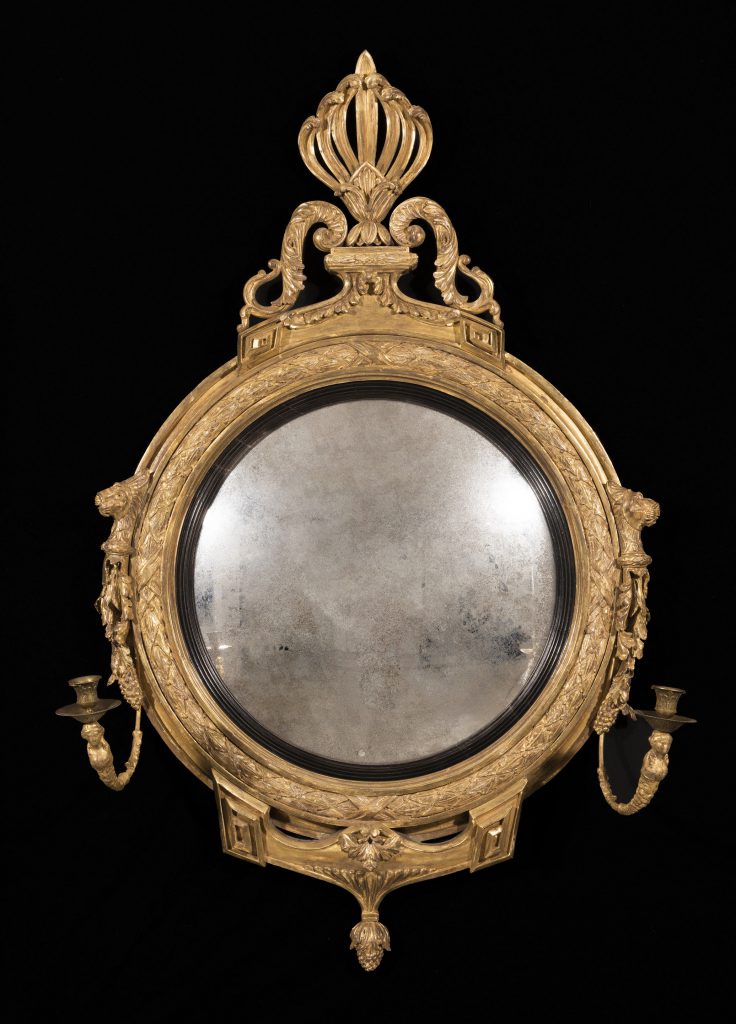 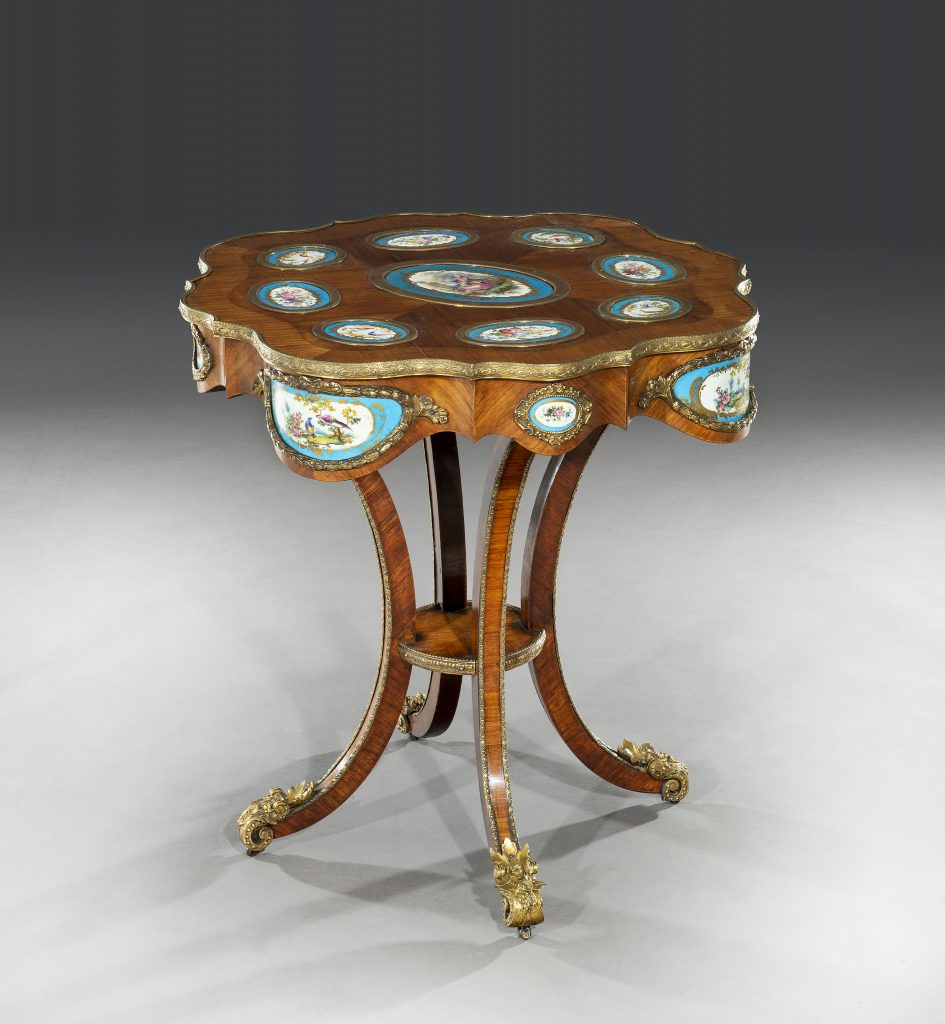 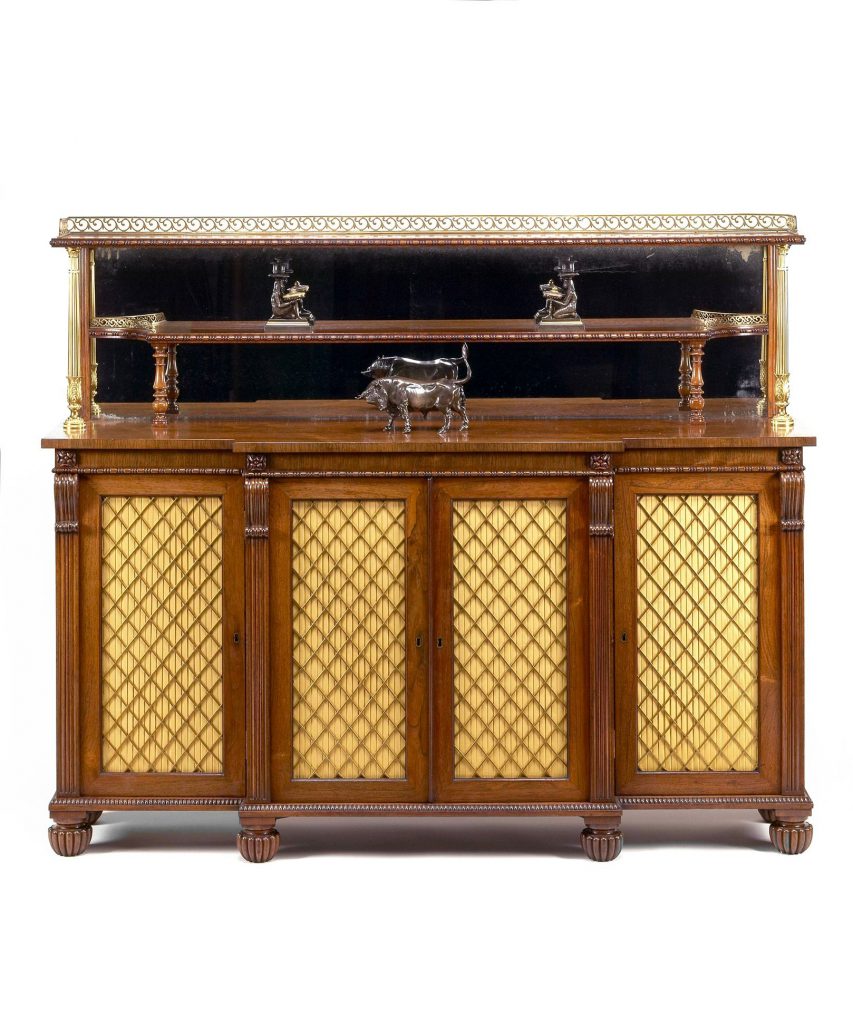