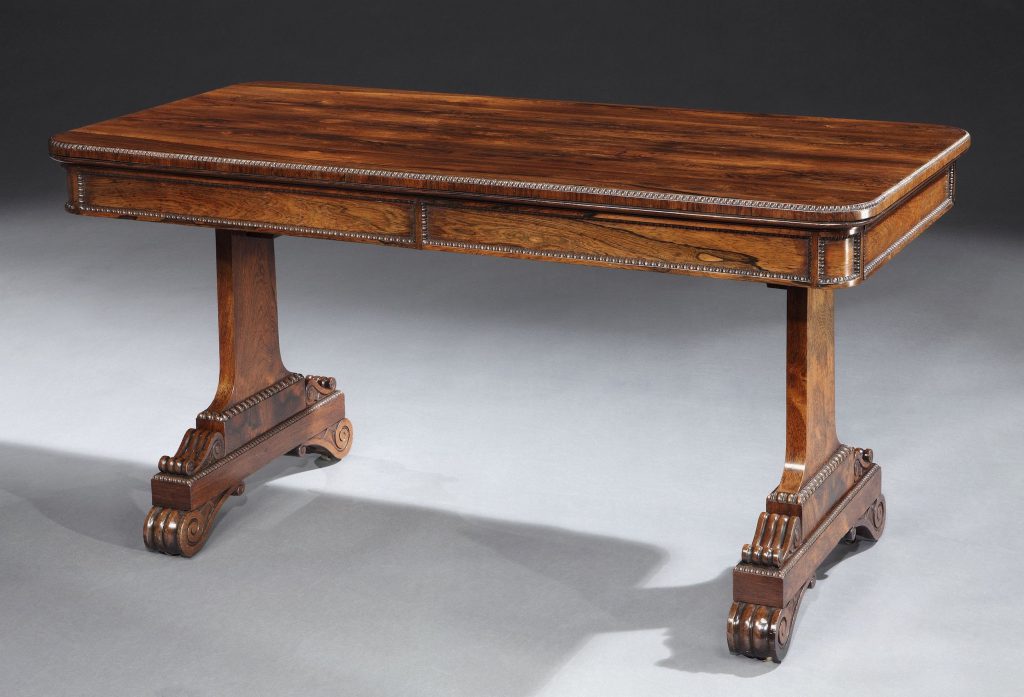 By WILLIAM TROTTER OF EDINBURGH

William Trotter, born in 1772, was the son of Thomas Trotter a merchant and member of the Edinburgh Merchant Company. From 1810, William Trotter worked from 9 Princess Street, Edinburgh until his death, aged 61, in 1833. During his lifetime William Trotter became the most eminent of all the Scottish makers, famously being commissioned in 1822 to refurbish both Parliament House and Holyrood House in preparation for King George IV’s visit in the same year.