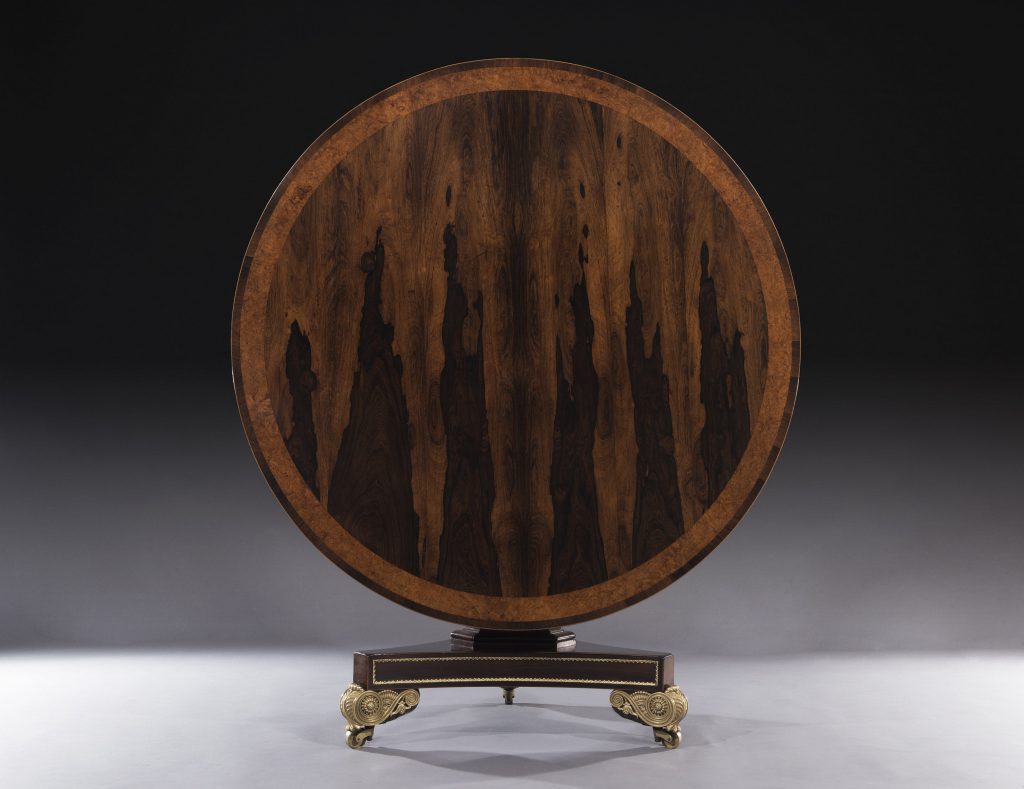 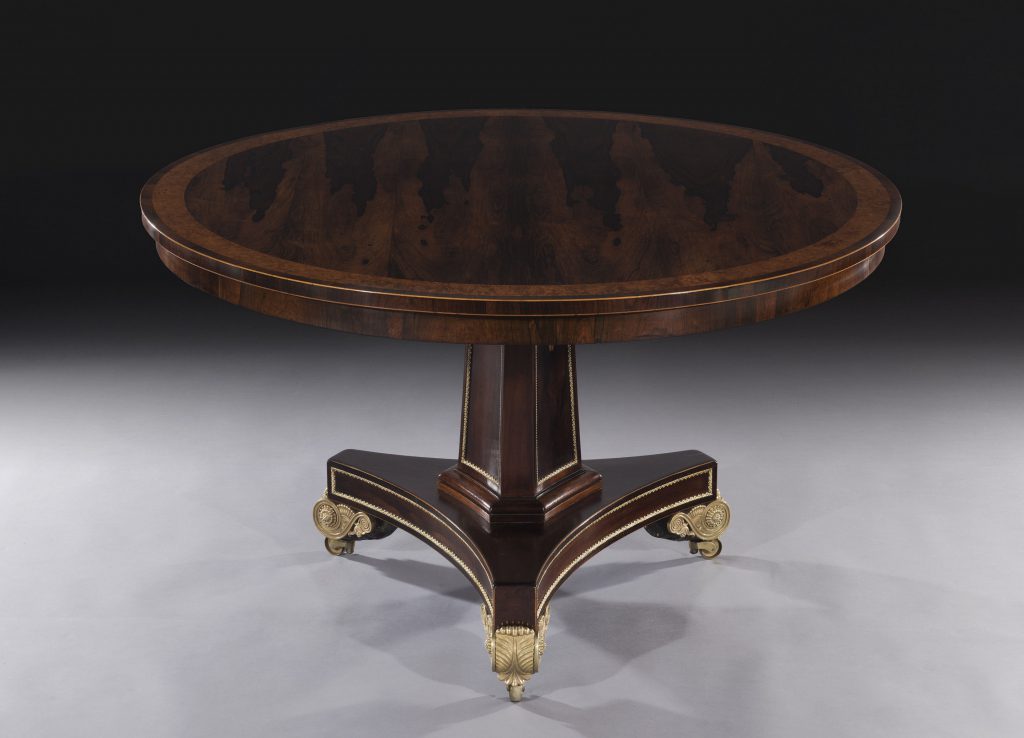 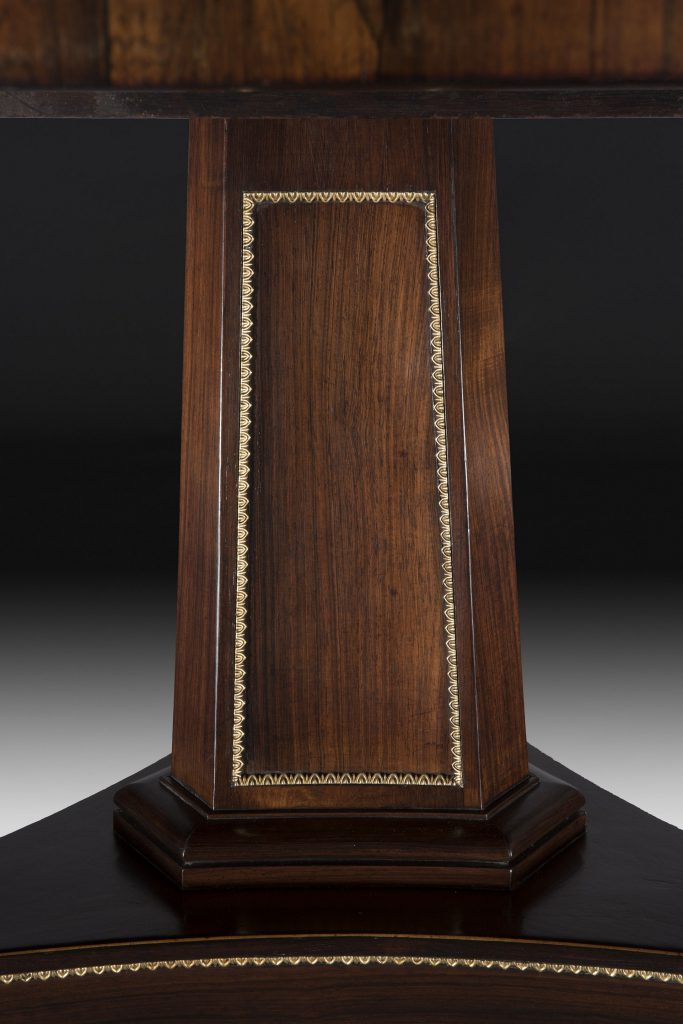 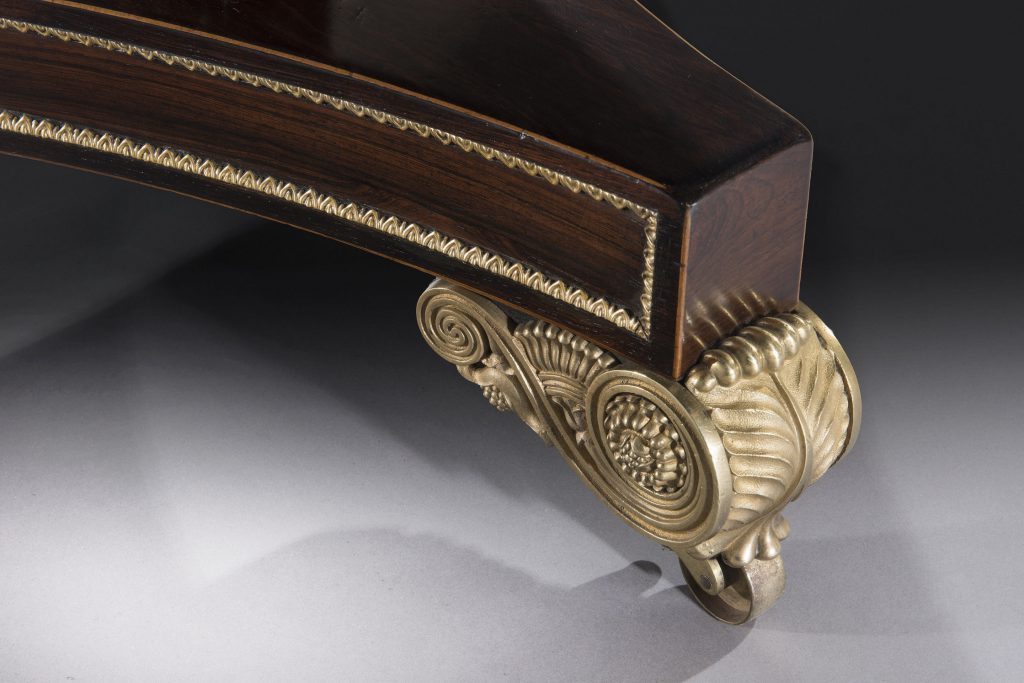 Attributed to BANTING AND FRANCE

The Regency tilt top centre table with a circular rosewood veneered top, is cross-banded with a generous amboyna banding. The triform pedestal base with brass mouldings and inset rosewood panels is repeated on the plinth which sits on beautifully cast feet mounts. The brass feet are synonymous with the royal cabinet makers Thomas Banting and William France. Banting and France were royal cabinetmakers and held royal warrants in the reigns of George III, George IV, William IV and Queen Victoria. The Hervey family also maintained property in London at 6 St James's Square as well Bristol House in Putney and a house in No.19 Sussex Square, Brighton to which Banting and France were to also supply furnishings, most of the contents of the Brighton property was moved up to Ickworth in 1936. Banting and France assisted with the organisation of the sale of furniture by auction at St James' Square in 1814, although the Hervey family kept and refurnished the property, moving the later contents to Ickworth in 1950. Ickworth and its contents passed to the National Trust in lieu of death duties in 1956 although the family leased back the East Wing and continued to live there until it was sold by the 7th Marquess of Bristol (1954-1999) who sold the lease to the National Trust in 1996.

Banting France & Co were established at 27 St. James St, London between 1813-50 and used various combinations of the name. They worked extensively for the Royal family undertaking commissions and restoration work at most of the key Royal houses including Kensington Palace and Windsor Castle. See G. Beard and C. Gilbert The Dictionary of English Furniture Makers 1660-1840 (1986).