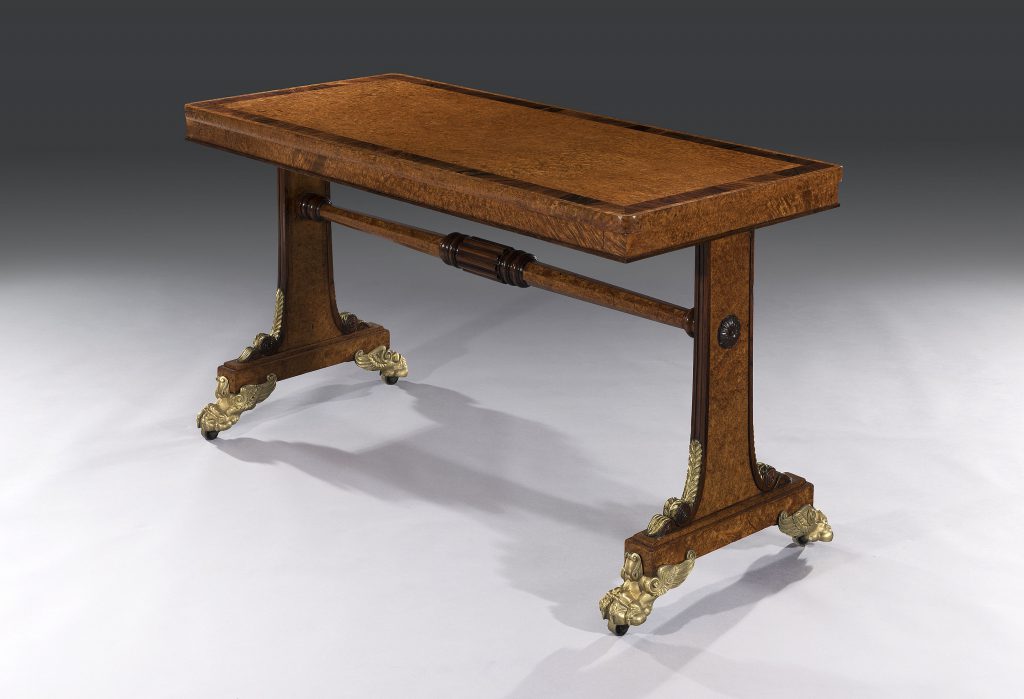 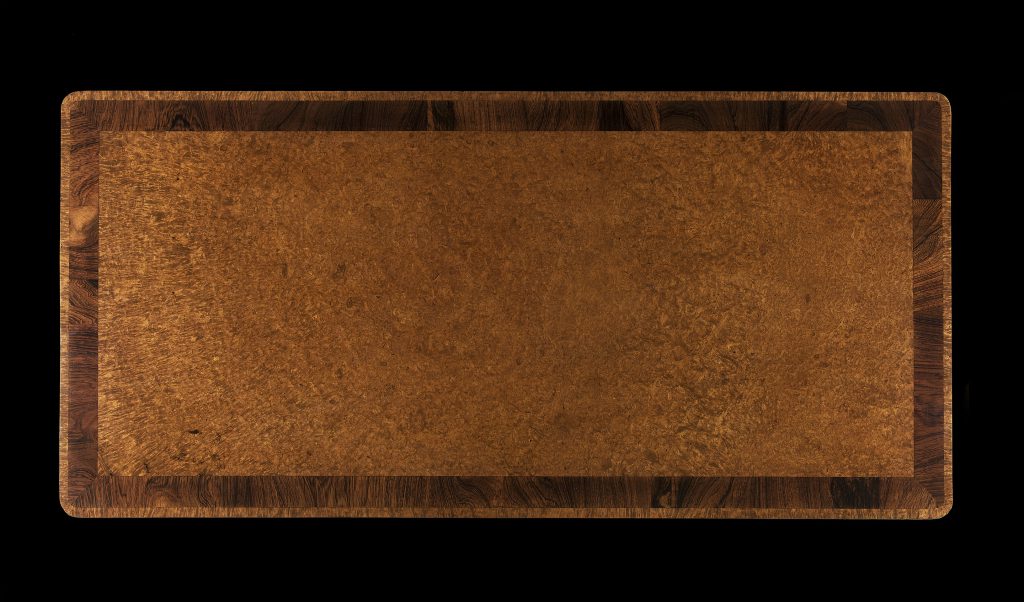 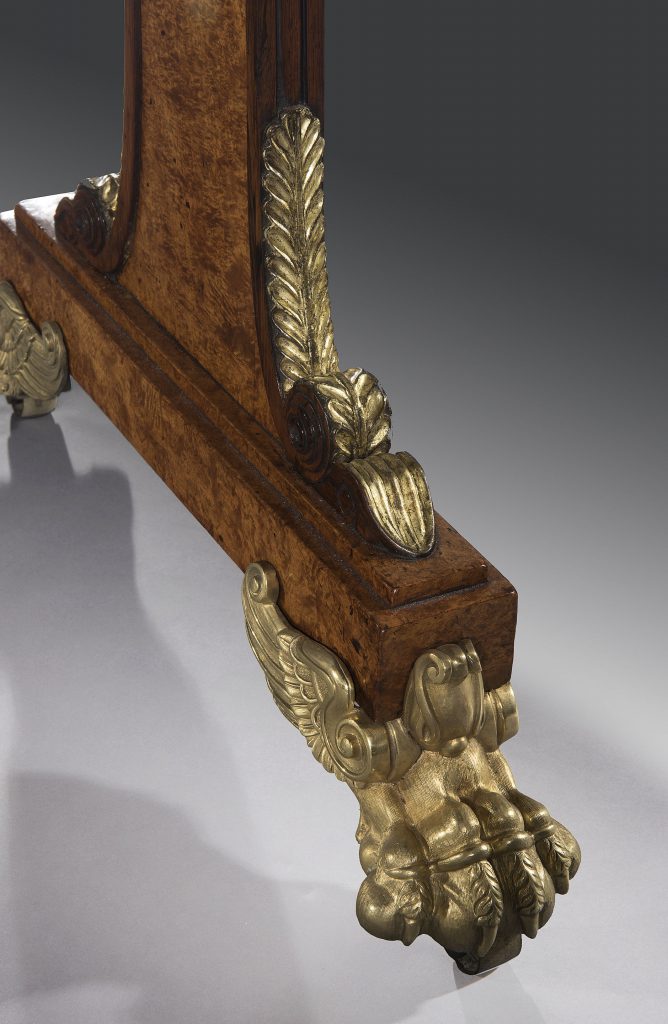 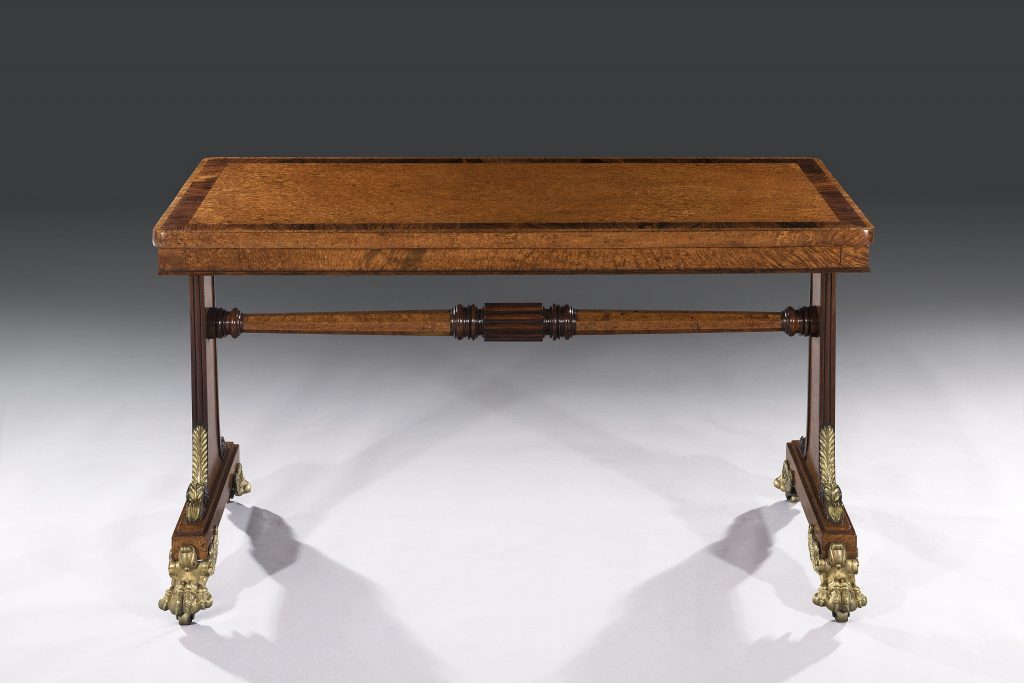 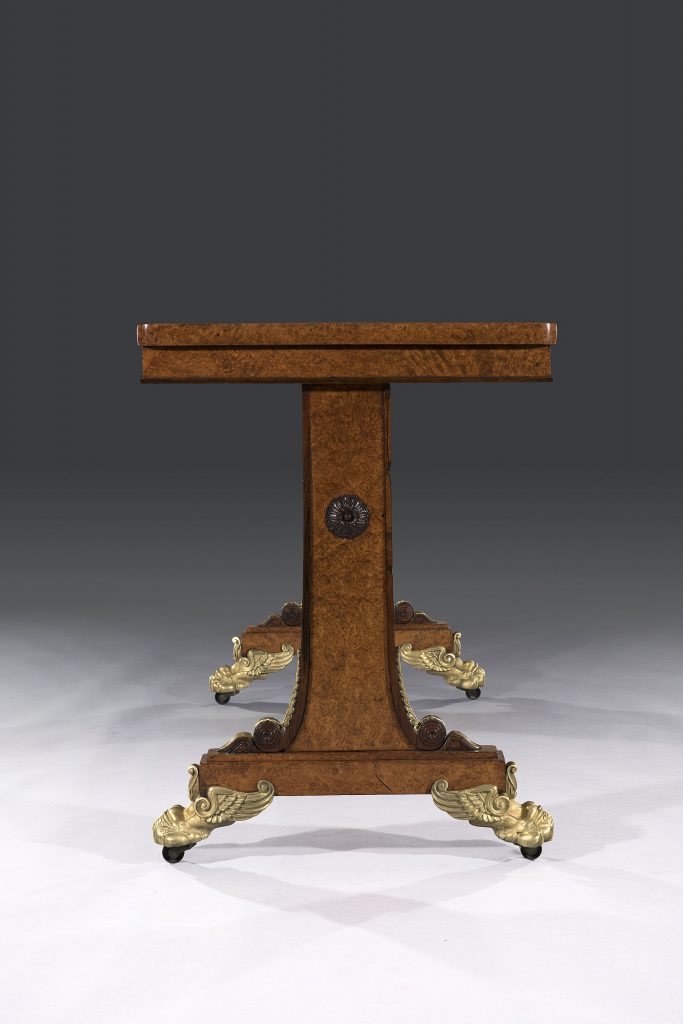 A George IV amboyna and rosewood side table attributable to royal cabinet makers Morel and Seddon.
The rounded rectangular amboyna veneered top is crossbanded in rosewood with a shallow frieze veneered in amboyna and an applied solid rosewood moulding above a veneered facetted stretcher with a rosewood reeded ring-turned centre piece. The elegant trestle ends with crisply carved rosewood rosettes and parcel gilt foliate scrolls that have been lightly refreshed. The stepped plinth supports the original gilt brass paw feet that stand on concealed castors.

Morel & Seddon
George Seddon (1796–1857) formed a partnership with a cabinetmaker and upholsterer called Nicholas Morel and the firm was called Morel & Seddon. One of their contracts was to make furniture for Windsor Castle. Nicholas Morel had been chosen as furniture maker in charge of re-furnishing Windsor Castle, but needed the help of a large established firm for this vast commission and went into partnership with George Seddon and his company

The company employed designers including the young A.W.N. Pugin. They worked almost exclusively for the crown, particularly at Windsor, but also at other royal residences. They continued to work for the royal family after George IV’s death, for William IV and Queen Victoria, although Morel’s name disappears from the accounts in 1831. 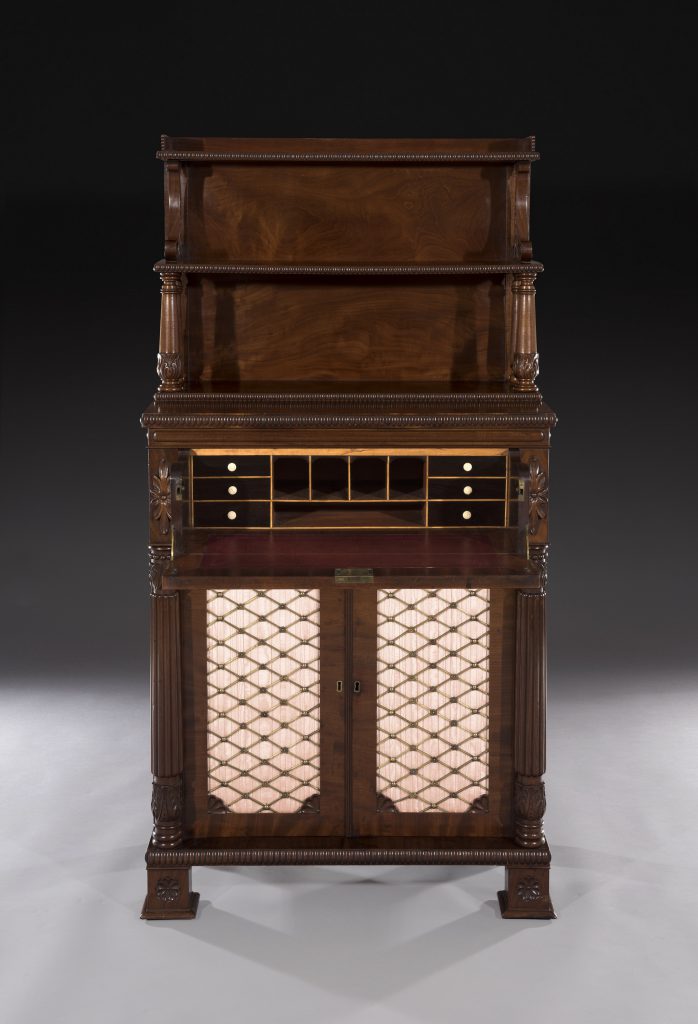 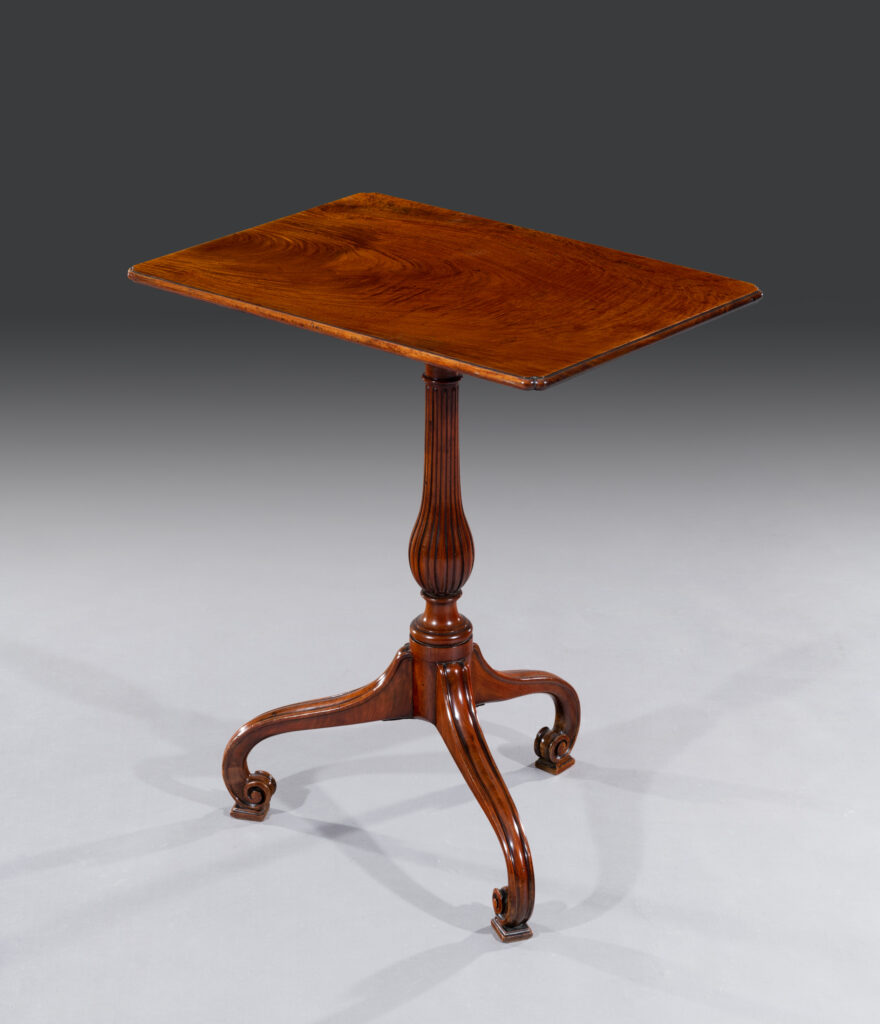 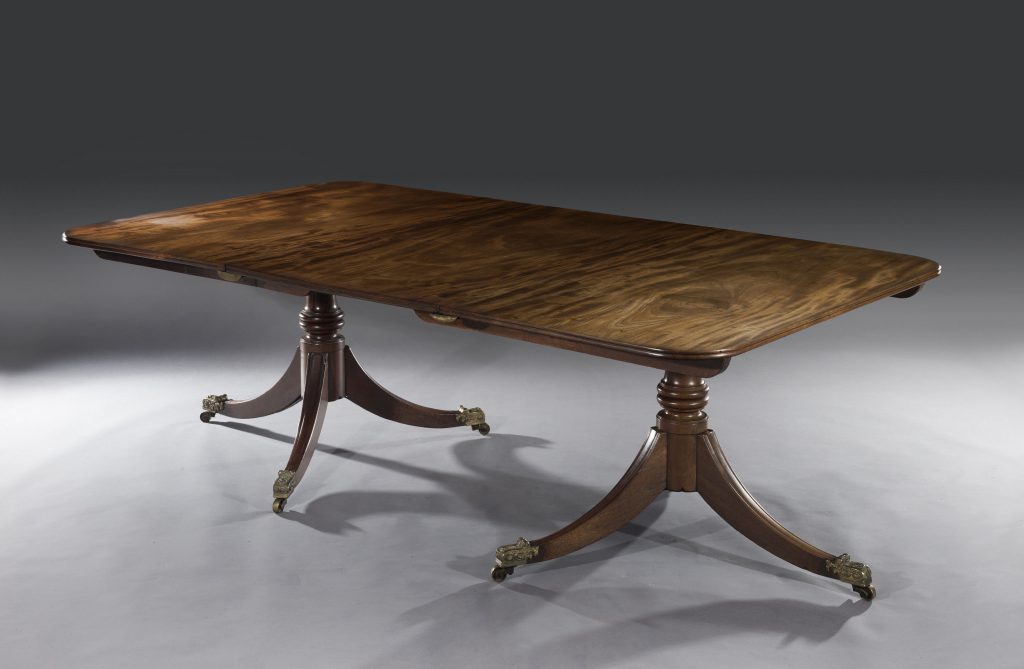