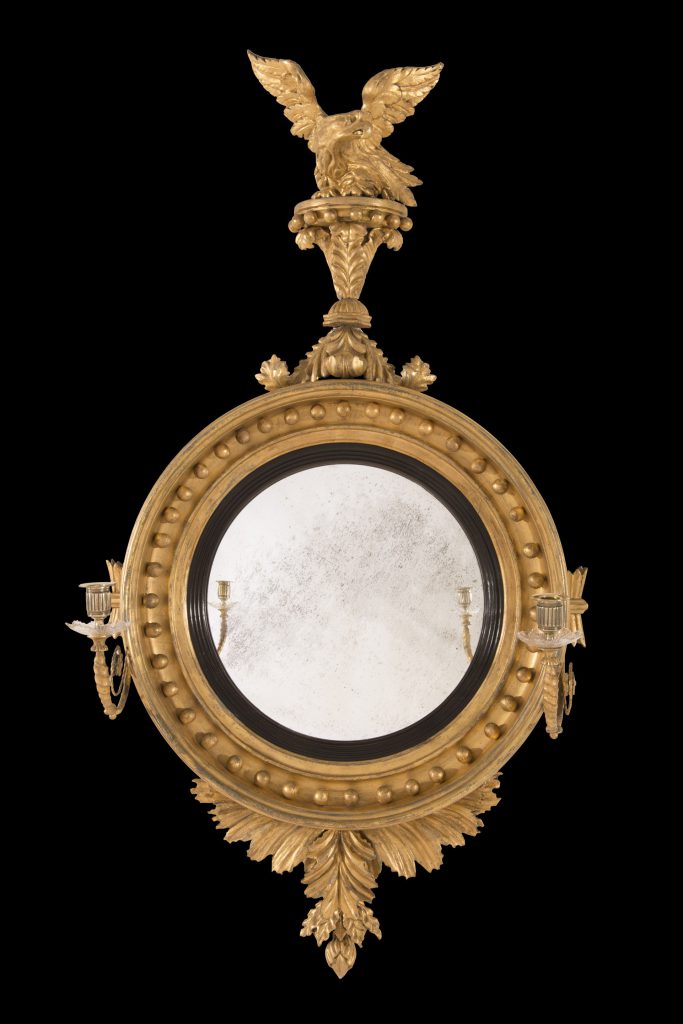 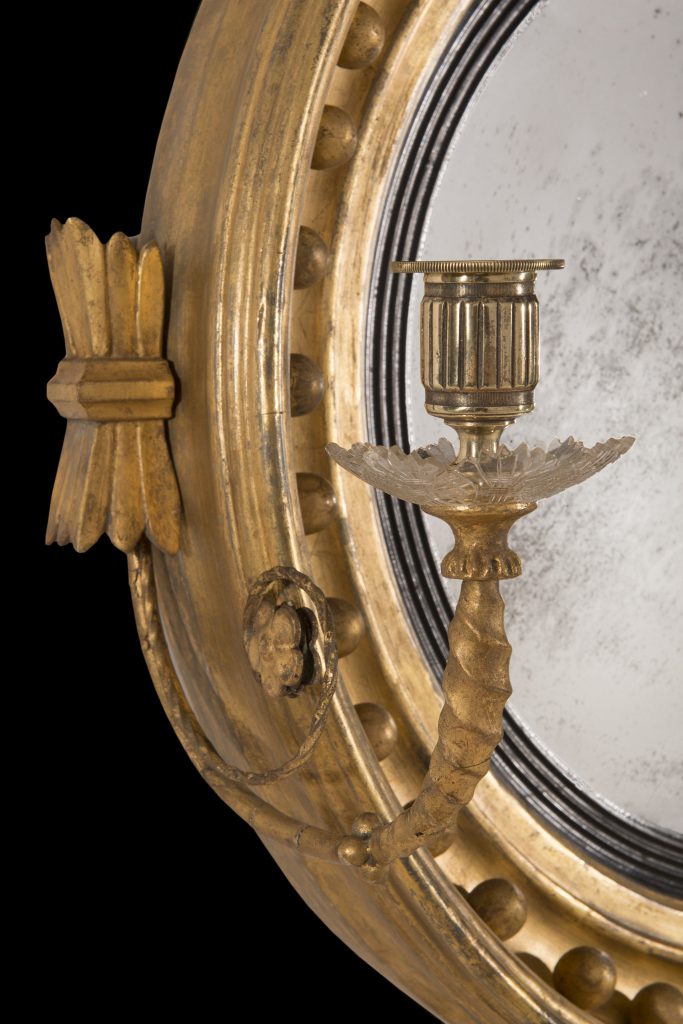 The giltwood and gesso convex mirror has a reeded ebonised slip and eagle surmount. It has single scroll branches with the original glass drip pans and gilt brass candle holders. The plate is original to the frame.

Thomas Fentham (d.1808) was a leading looking glass and picture framemaker in the Strand, whose business was carried on after his death by his son, Thomas John Fentham (1787-1843), and son-in-law John Bainbridge. It was subsequently acquired by William Froom (qv). Thomas John Fentham, the son of Thomas and Penelope Fentham, was the youngest of their seven children to be christened at St Martin-in-the-Fields between 1773 and 1787. Thomas Fentham: Fentham took apprentices Edward Langley for a premium of £20 in 1772 and John Bainbridge for £30 in 1782. His name was occasionally mis-spelt in documentation but Fentham would appear to be the individual who made picture frames and glasses for Edward Knight, Kidderminster, 1774-91 (Penny 1986 p.813, and information from the author). He supplied Lady Heathcote with a frame for a picture of Mr Folkstone in 1779, and he was paid by Charles Townley for picture frames in 1782 (DEFM). He supplied picture frames for the 3rd Earl of Egremont, 1794, 1799-1800 (West Sussex Record Office, PHA/7557, 8056). He made numerous looking glasses, as described in the Dictionary of English Furniture Makers and elsewhere. 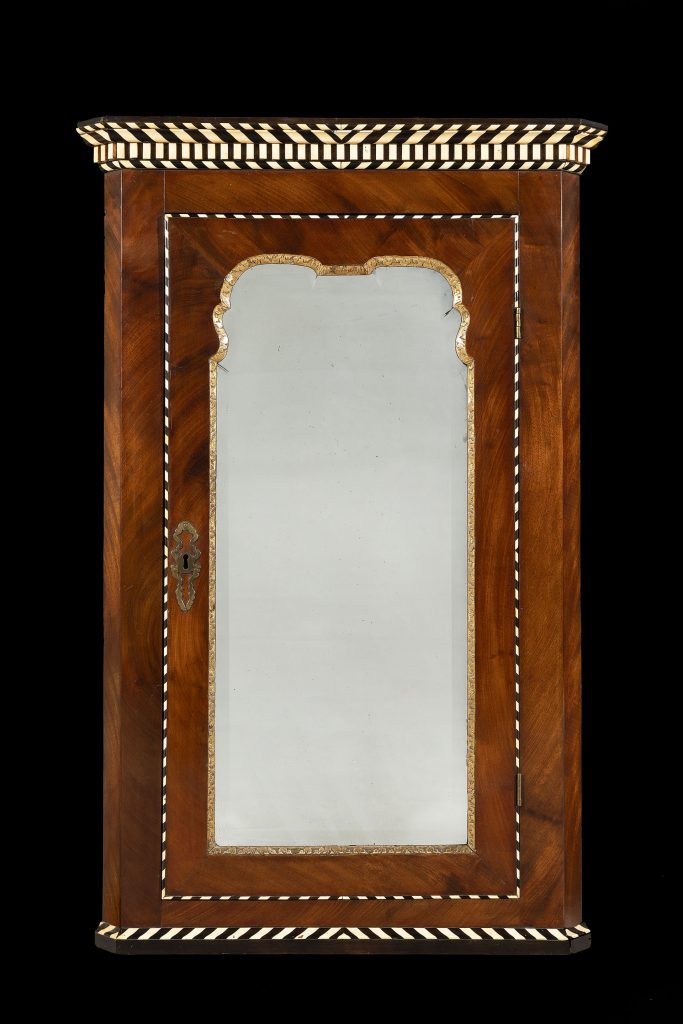 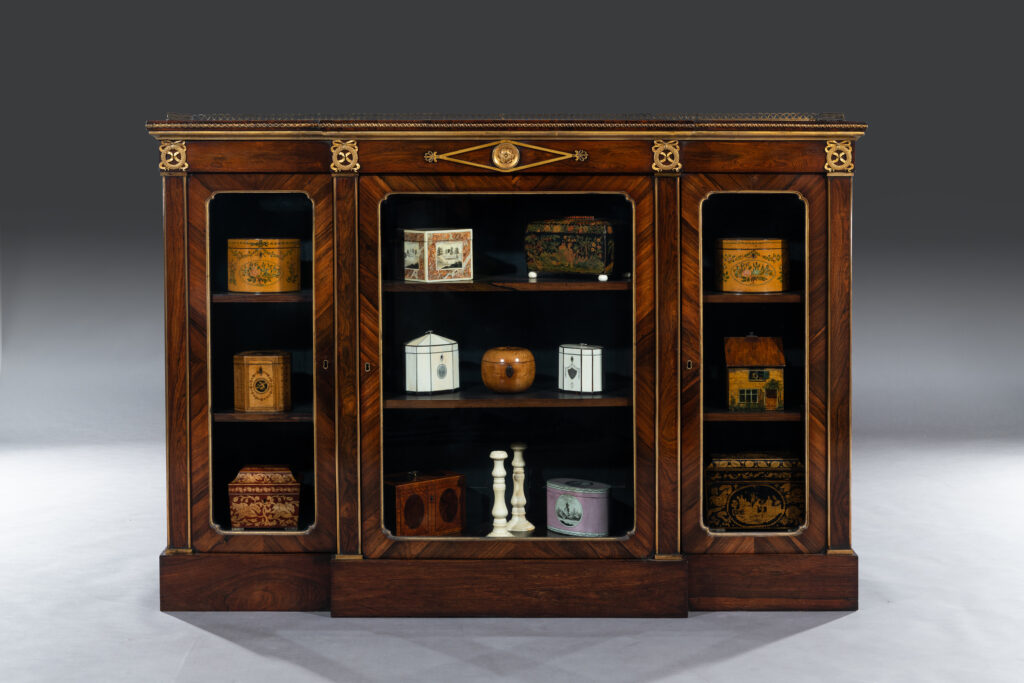 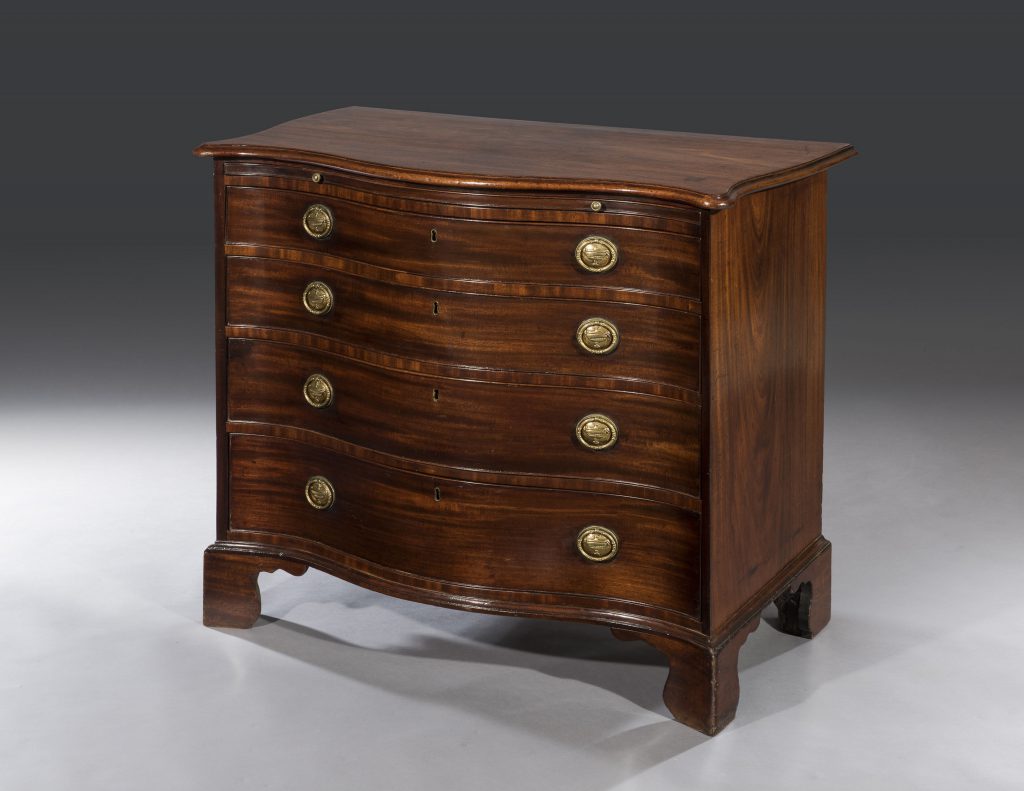