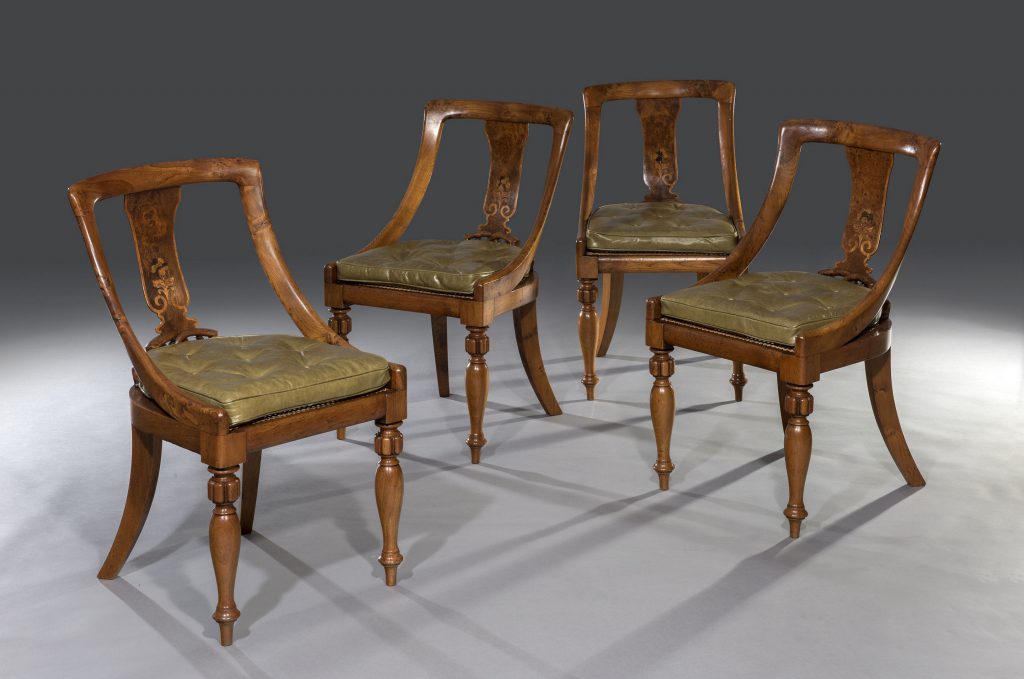 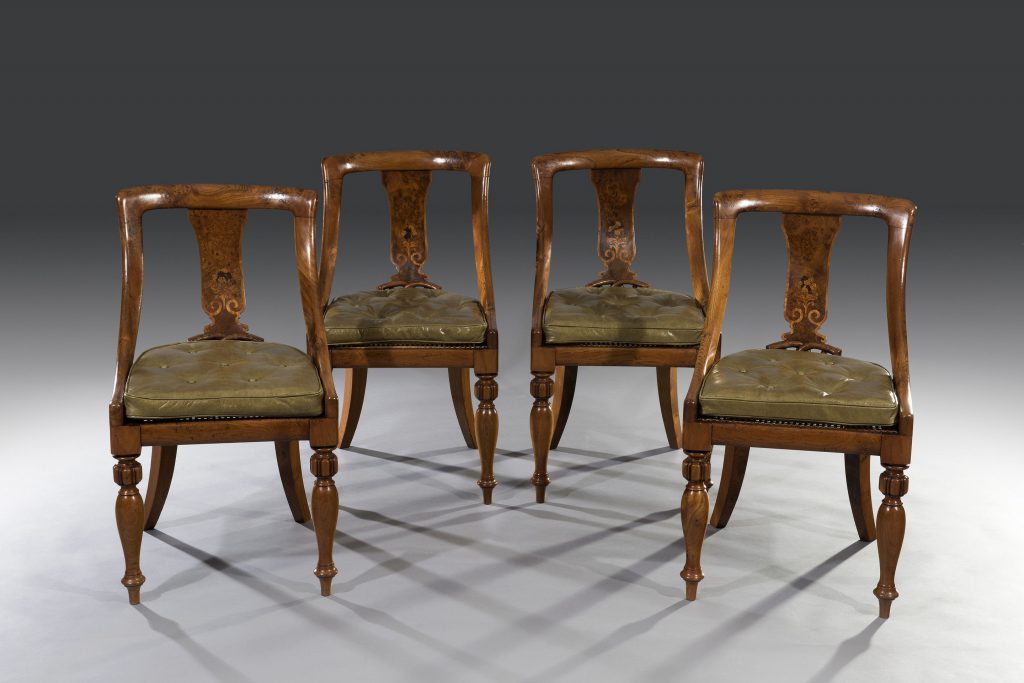 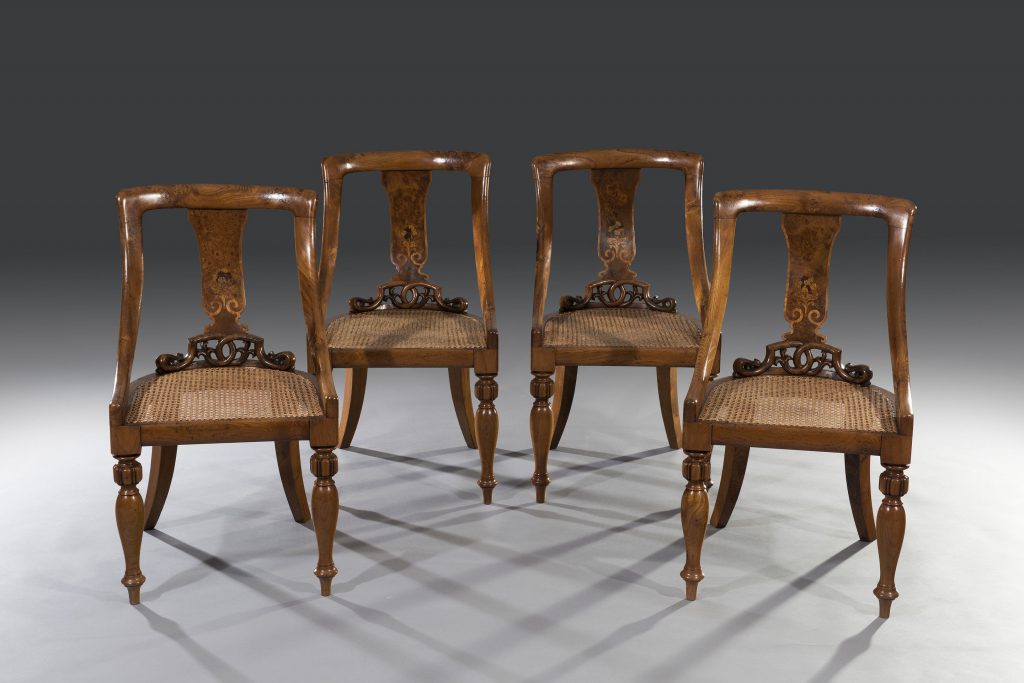 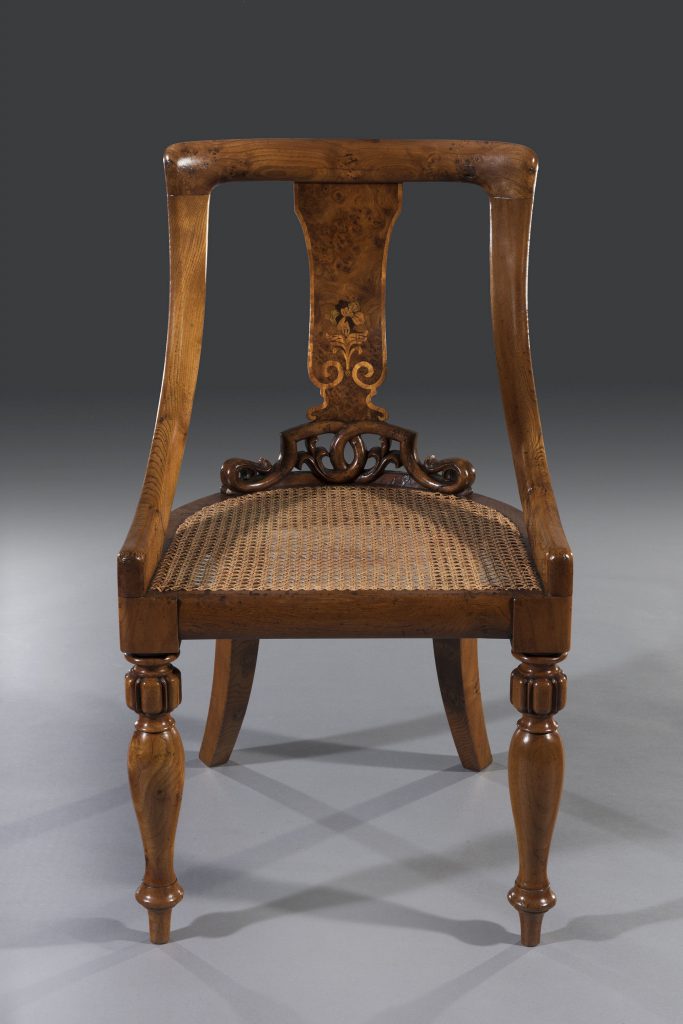 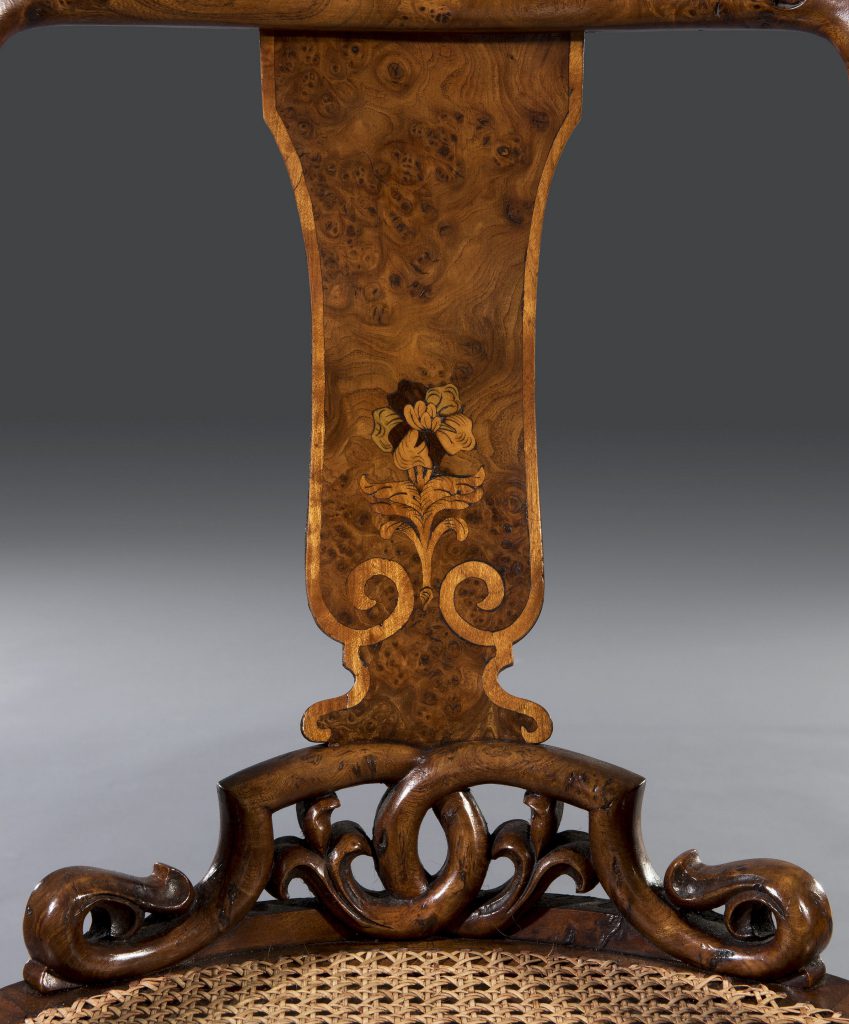 The bergère chairs are made in a solid elm with highly figured inlaid burr elm veneered centre back splats on carved open fret supports. The centre back splats are outlined in West Indian satinwood and terminate in the middle of the support with 'C' scrolls that centre a marquetry flower, which is made in West Indian satinwood, purple heart, sycamore and padouk. The caned seats are supported on outswept back legs and turned and tapered baluster front legs that terminate on short toupe feet.

Marquetry was revived into English cabinet making as early as 1825. This was to challenge the French buhl-work (boulle-work) at this time. In the 1830's and 1840's there was a fashion for marquetry of leaf designs which developed into floral foliate work of detailed character. Many leading furniture manufacturers of the day exhibited marquetry work at the Great Exhibition of 1851, London.

The curricle, a popular piece of furniture throughout the Regency period, is described by Thomas Sheraton in his 'Cabinet Dictionary', 1803, as having taken its name from 'being shaped like that kind of carriage" and was "well adapted for dining parlours, being of a strong form, easy and conveniently low, affording easier access to a dining table than the common kind." However being a comfortable easy chair it was often used for reading and writing in libraries. Due to its splendid adaptability, it could be used in various other rooms such as bedrooms and dressing rooms making the chairs' form very popular. Gillow of Lancaster made five curricles in mahogany for the dressing rooms and bedrooms at Tatton Park, Cheshire, England in 1812.

The chairs are in excellent condition and have been recently re-caned and re-covered in light green hide.
Seat with cushion: Height 47cm (18.5 ins) Depth 42cm (16.5 ins)