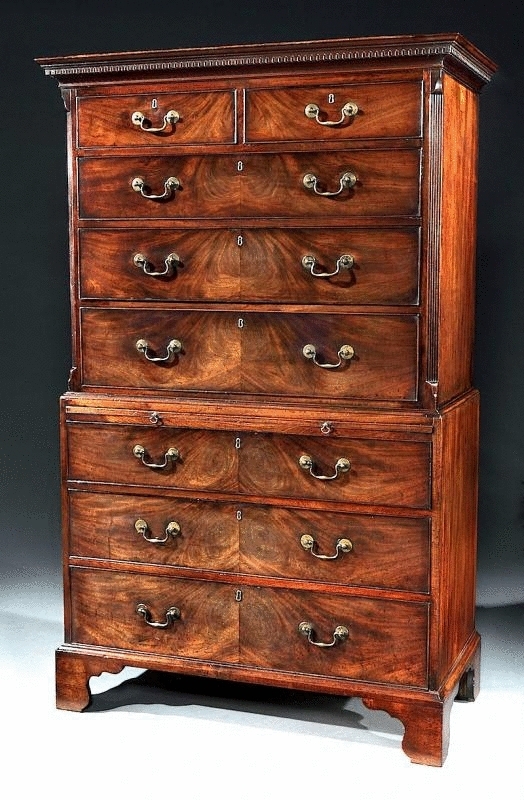 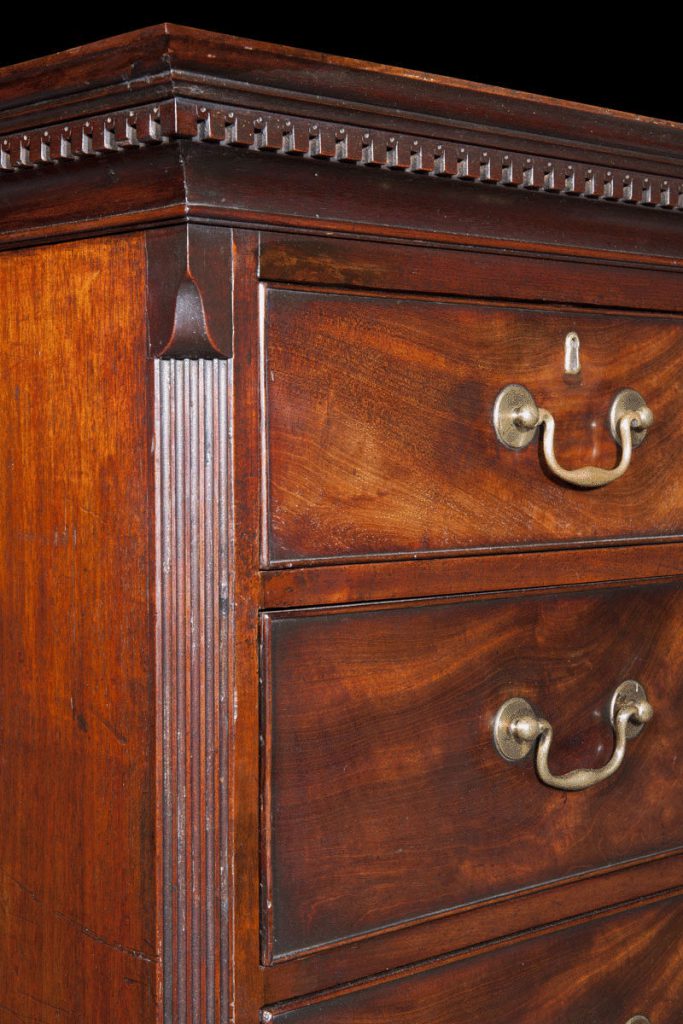 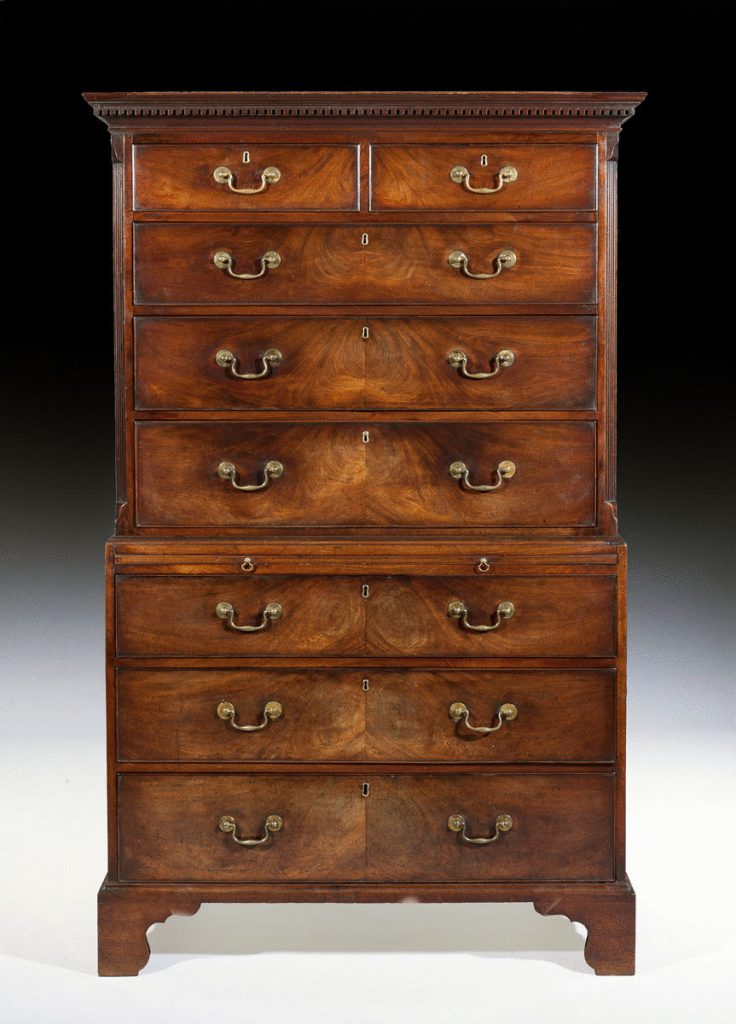 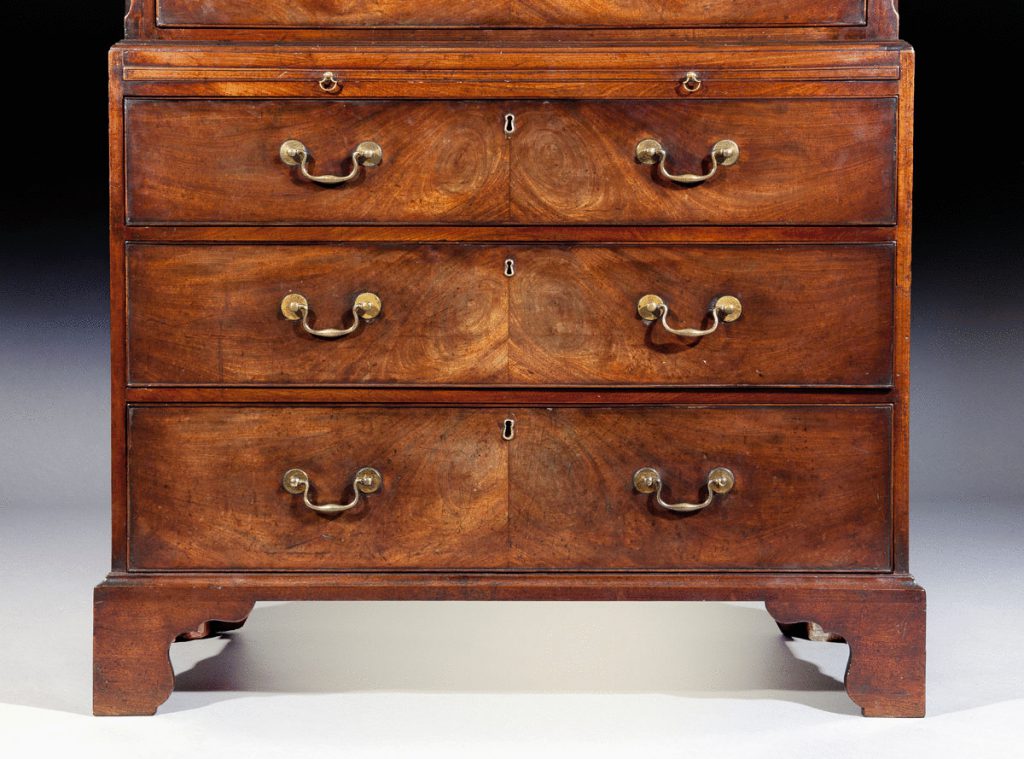 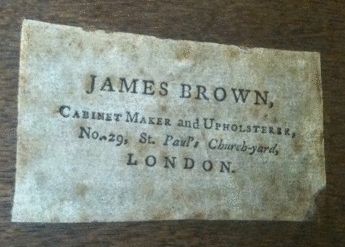 The chest on chest has oyster cut veneers which is rare for mahogany. It has oak lined drawers, with the original cabinet maker's label, handles, back plates, locks and escutcheons and it rests on the original bracket feet.

James Brown, cabinet-maker and upholsterer, set up The King's Arms on the south side of St Paul's Church Yard in 1747, and remained at this address until 1796. When numbering was introduced, the premises became No. 29. Insurance records indicate the business was substantial, patrons included the Duke of Gordon and the Earl of Coventry. The British Museum owns a richly informative trade card dating from the early years of the firm's existence. A simple label introduced possibly by a James Brown Jun., has been noted on two late 18th century pieces: JAMES BROWN, / CABINET MAKER and UPHOLSTERER, / No. 29 St. Paul's Churchyard, / LONDON. Ref. Pictorial Dictionary of Marked London Furniture 1700-1840 by Christopher Gilbert.