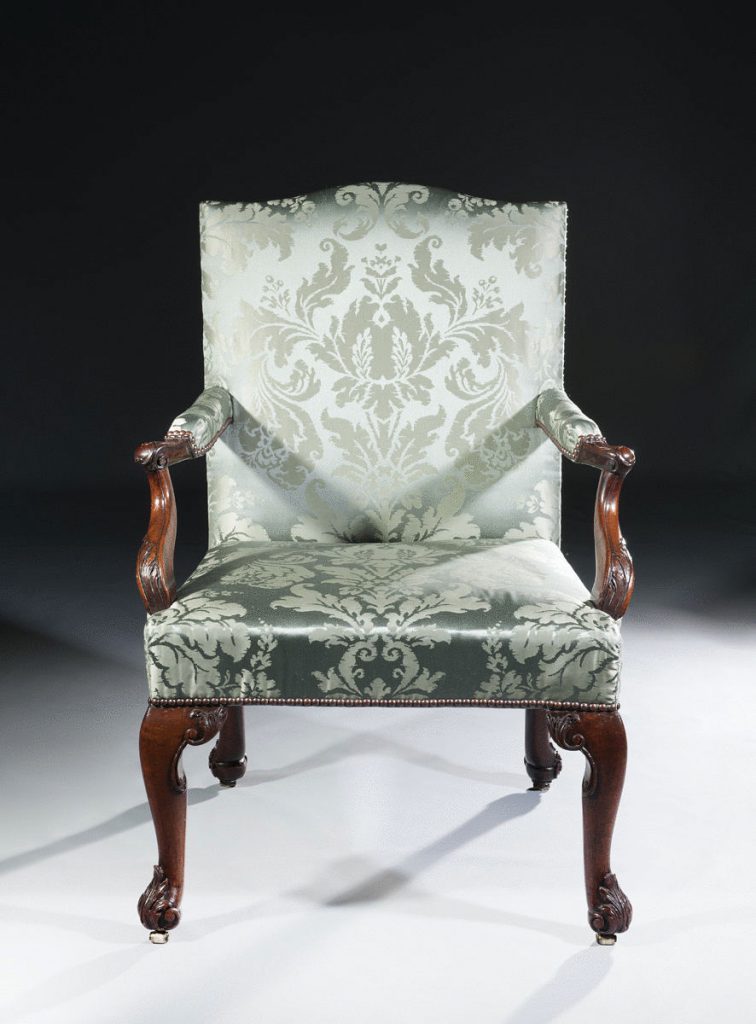 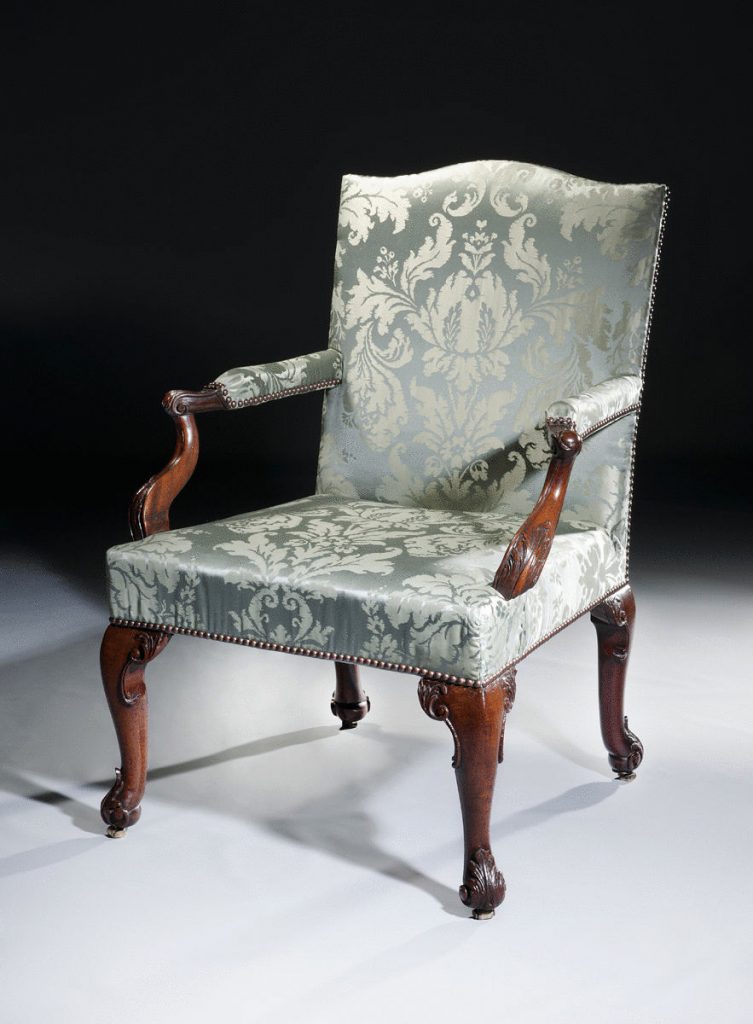 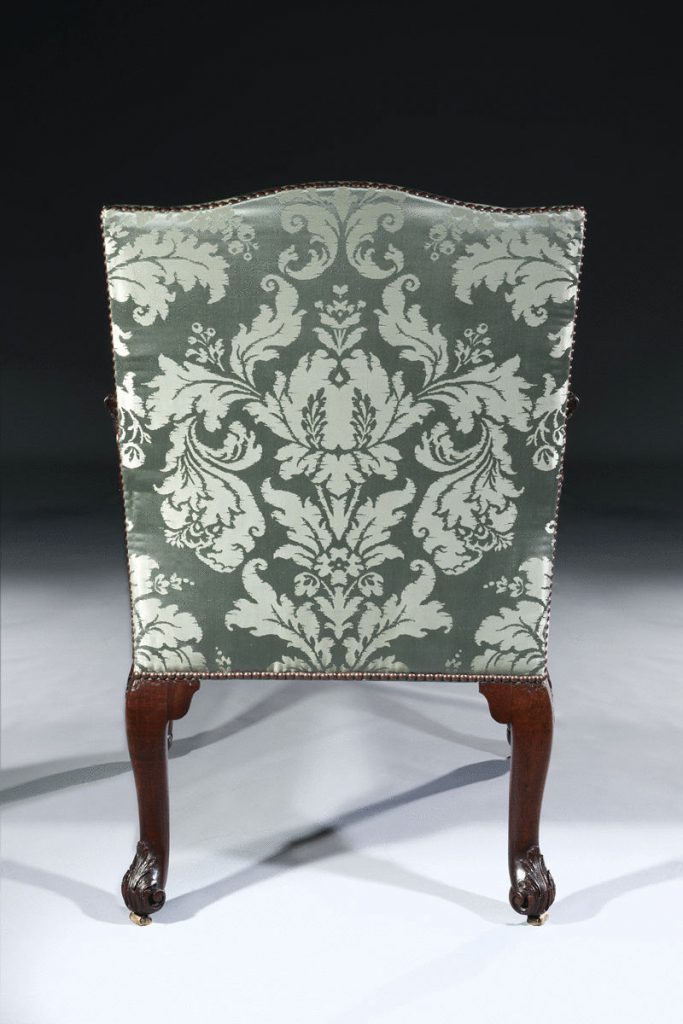 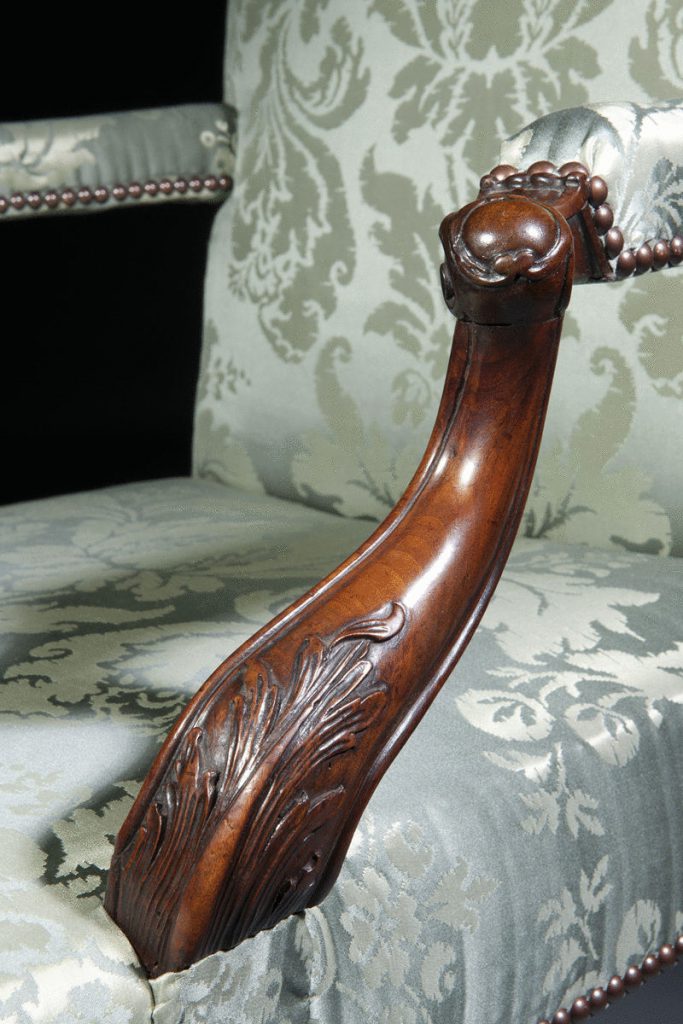 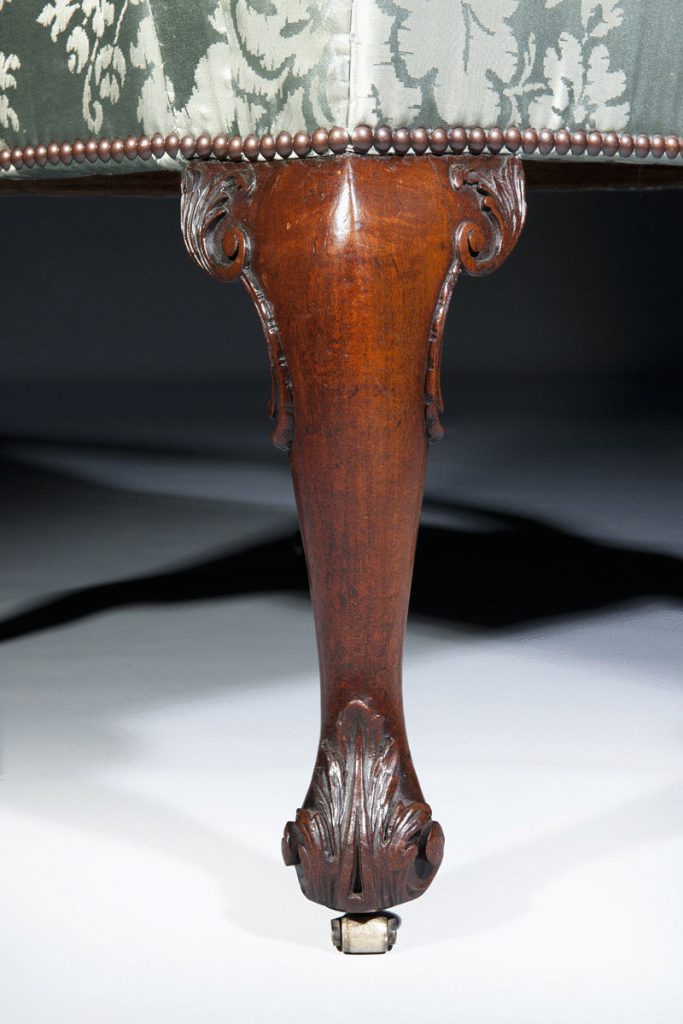 The chair has a fine 18th Century serpentine shaped back with carved arms and ancanthus leaf decoration to the supports. The unusual cabriole leg with upturned leafwork is crisply carved and of the highest quality and sits brass castors.

The antique chair was at one time owned by the Antiques Dealers, J & W Tweed.

Note: The Wakefield based partnership between Richard Wright & Edward Elwick lasted between 1747-1771 and was the most prominent in Yorkshire in the second half of the 18th century with the same levels of patronage within the county that Gillows was to develop within Lancashire. Their list of patrons was indeed lengthy and distinguished and included the likes of Sir Rowland Winn at Nostell Priory, the Duke of Norfolk at Worksop Manor, Viscount Irwin at Temple Newsam House, John Spencer at Cannon Hall and most notably, the Marquis of Rockingham at Wentworth Woodhouse. This early antique piece bears all the hallmarks of the Wright & Elwick workshop, a Chippendale design with fine early construction. 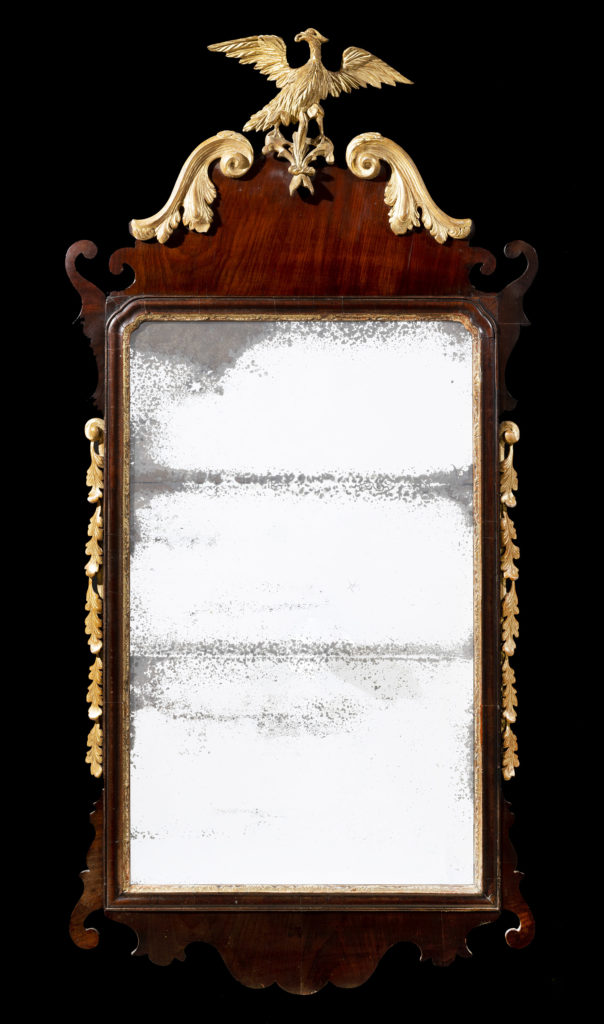 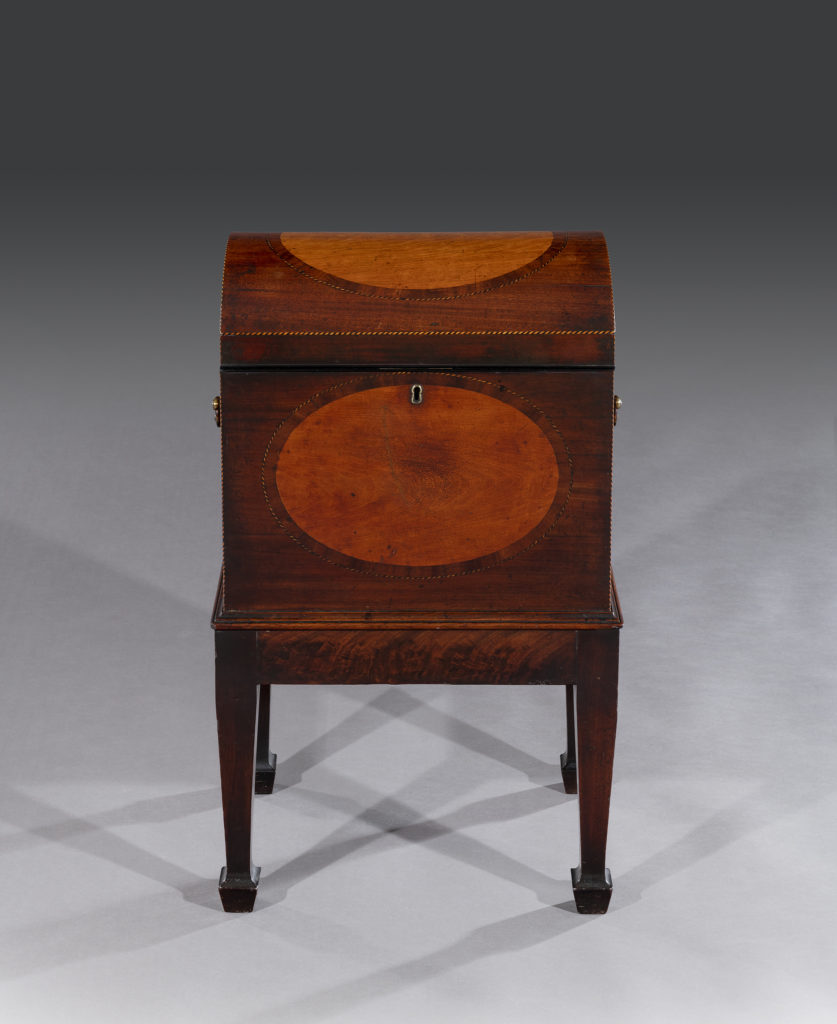 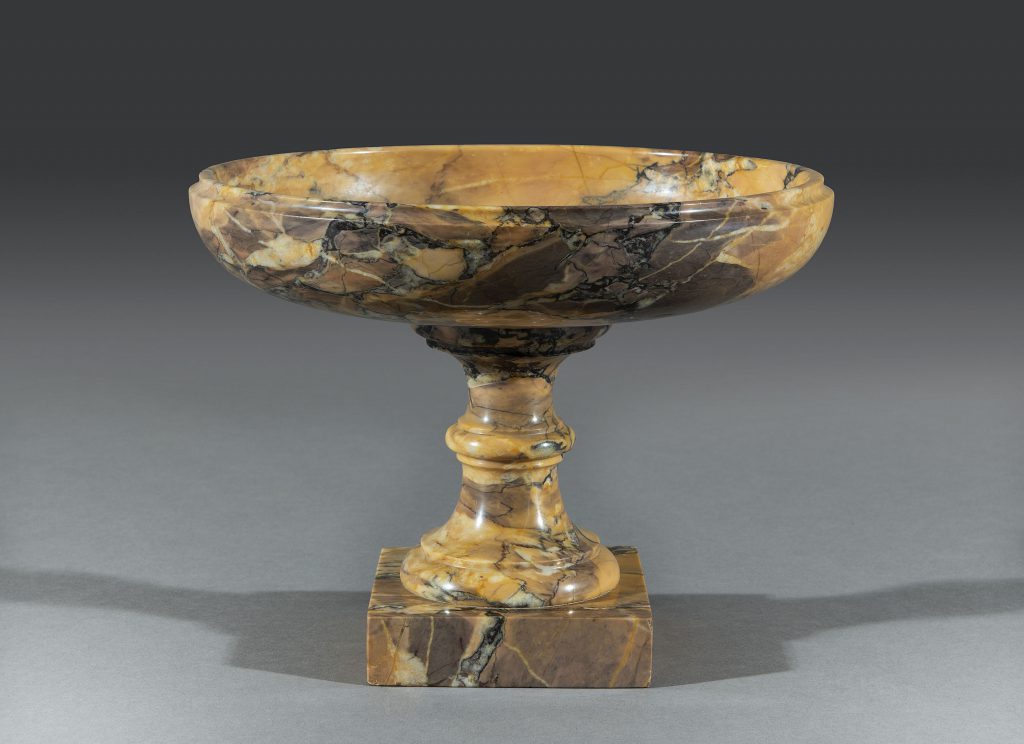