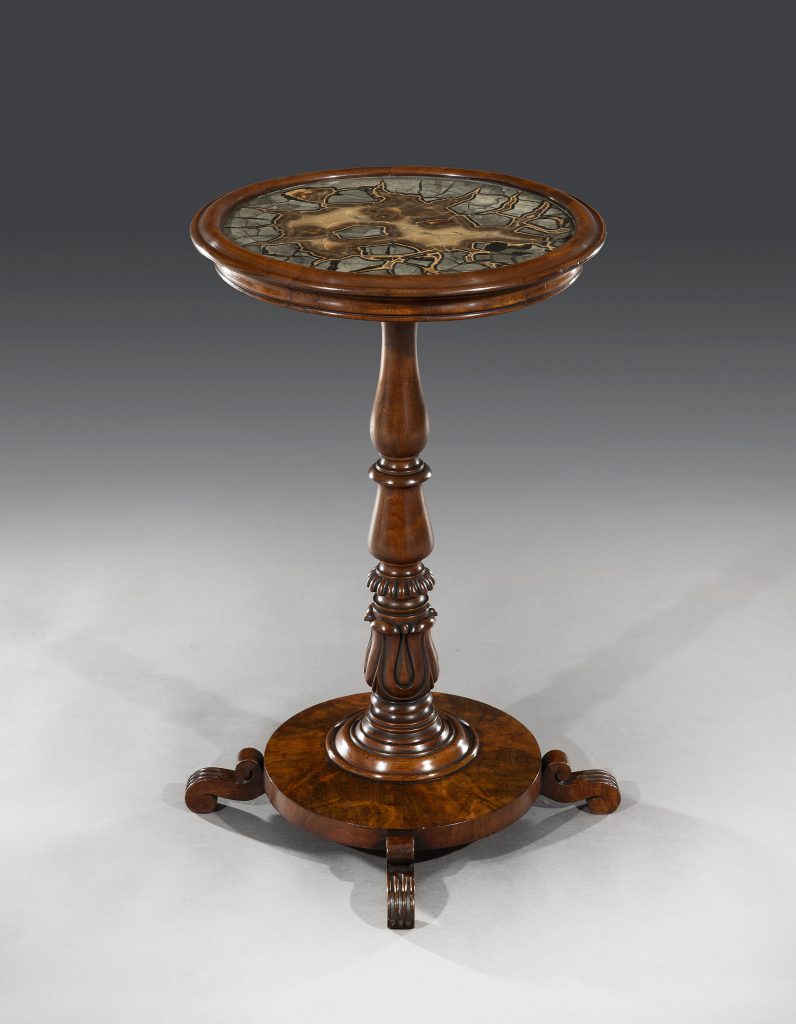 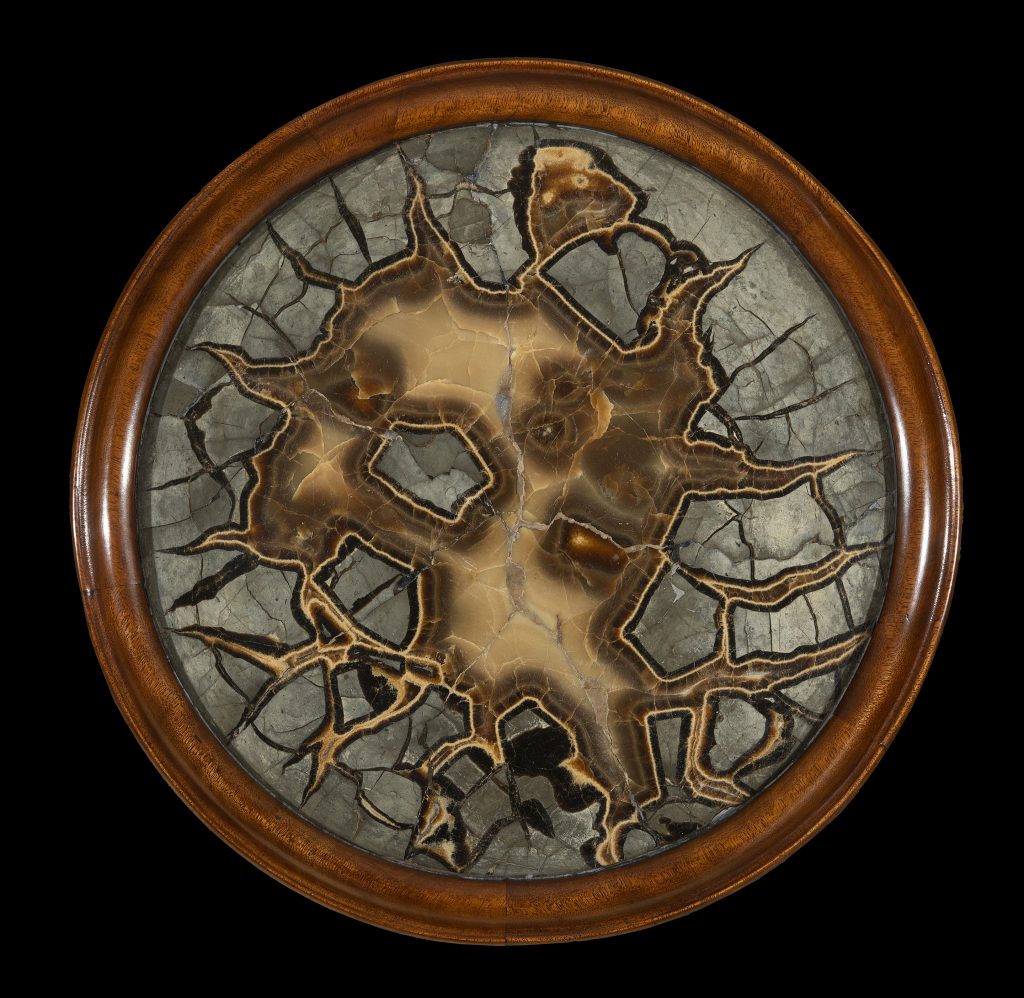 By GILLOWS OF LANCASTER & London

The turtlestone marble specimen is inset into a circular moulded top, above a shaped and carved mahogany pedestal. The upturned tulip heads sit on ring turned collars above a flamed mahogany circular plinth base standing on ‘S’ scrolled feet.
The marble ‘turtlestone’ is an English marble cut from large geological spheres called Septarian Nodules which formed in the Oxford clay during the Jurassic period, 150 million years ago. The nodules were discovered during the brick mining process of the early 19th Century. It was discovered that they could be sliced and polished to incorporate into items of furniture or ornaments. Large nodules were extremely rare so turtlestone is not usually found being used as a table top. The highly decorative pattern in the marble is created by the golden calcite core running through a greyish clay concretion, resulting in a dramatic figuring. 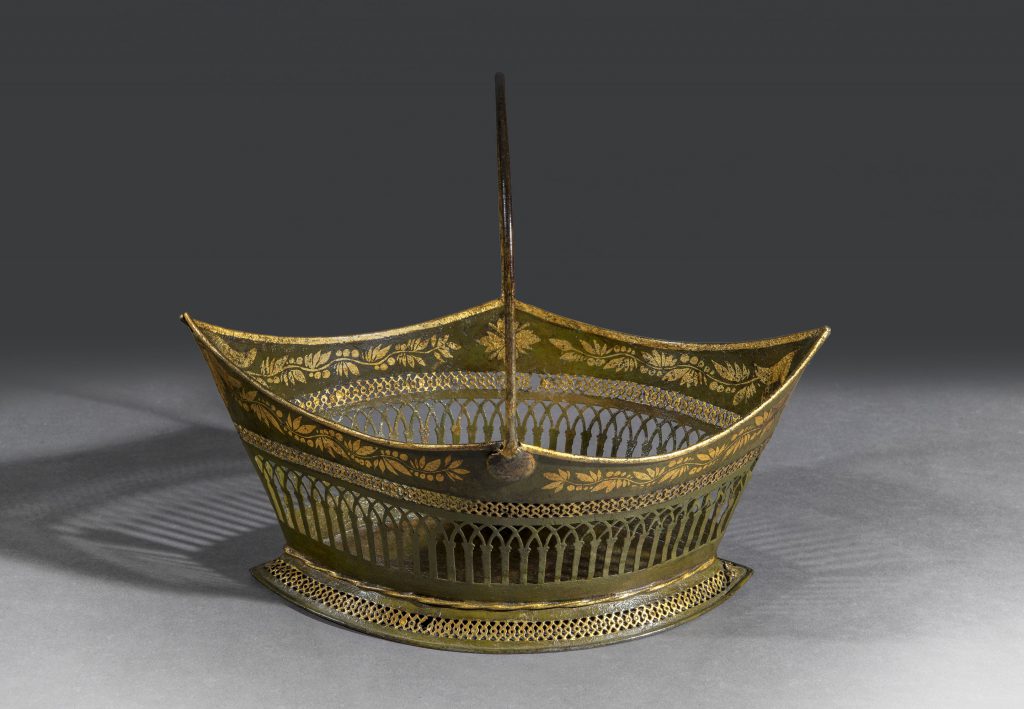 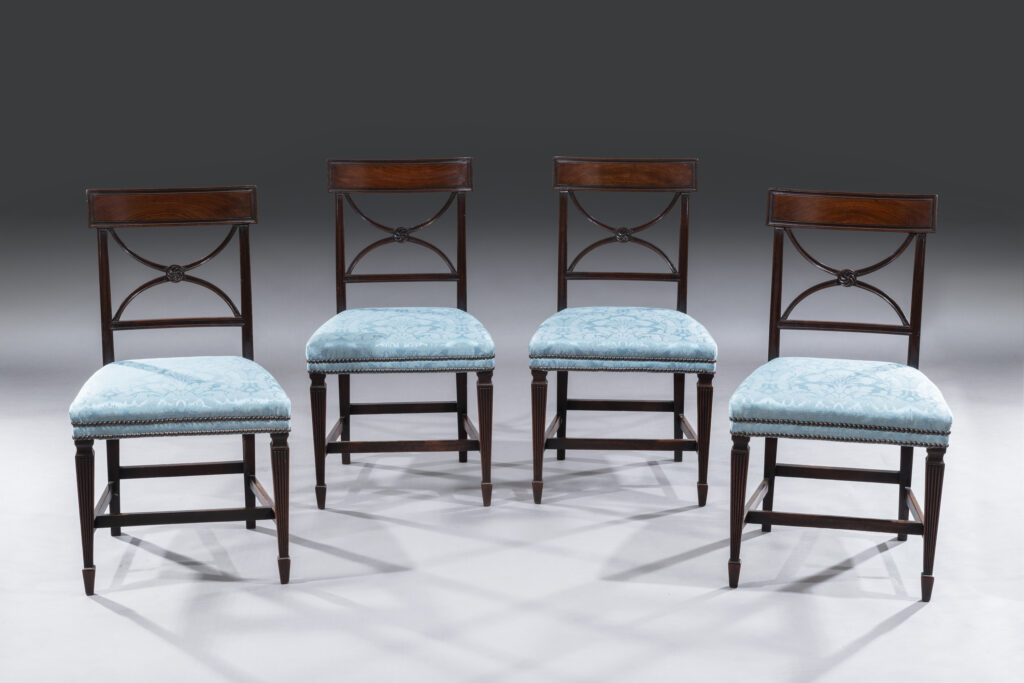 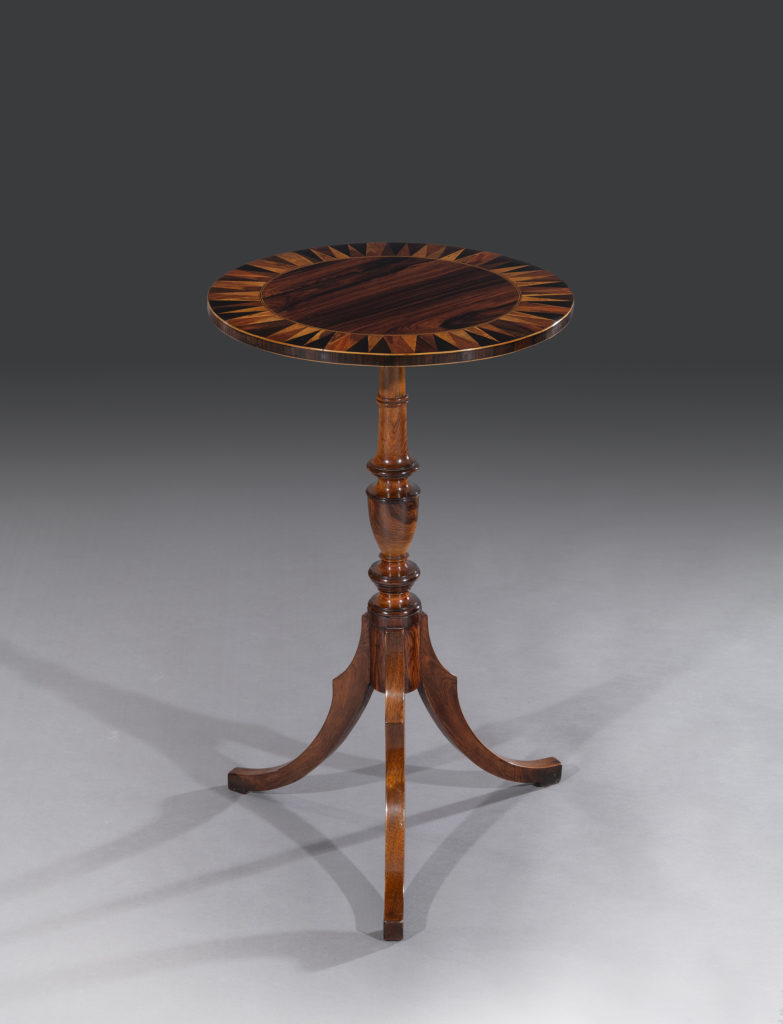