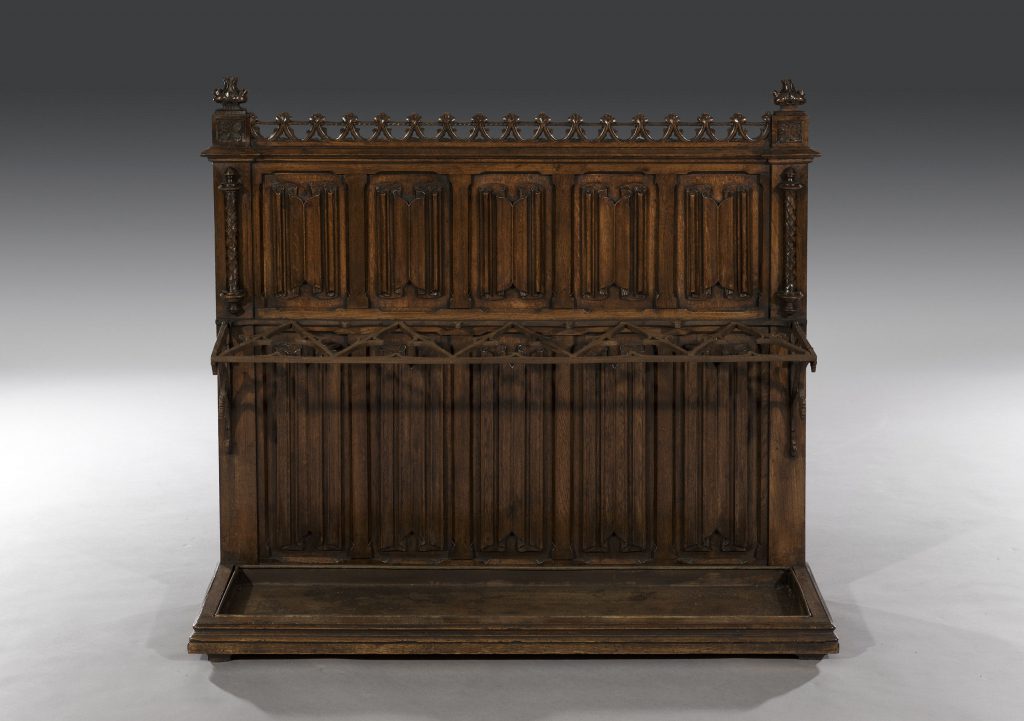 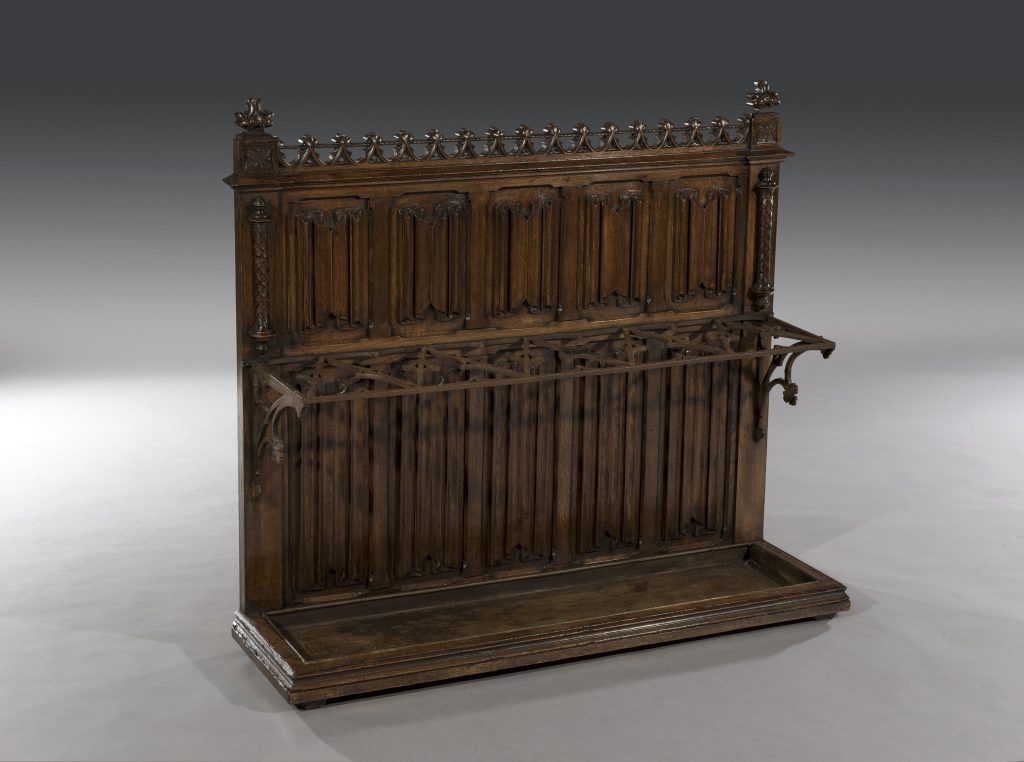 In the manner of AUGUSTUS WELBY NORTHMORE PUGIN

The open-fret Gothic arches above crisply carved linen folds set in individual panels which are split by an open-fret iron-worked frame supported by iron spandrels. The lower section is carved with more linen folds above an inset metal tray. The oak stick stand is original throughout.

Augustus Welby Northmore Pugin (1 March 1812 – 14 September 1852) was an English architect, designer, artist, and critic who is principally remembered for his pioneering role in the Gothic Revival style of architecture. His work culminated in designing the interior of the Palace of Westminster in Westminster, London, England. Pugin designed many churches in England and some in Ireland and Australia. Two of his sons, Edward Welby and Peter Paul Pugin continued his architectural firm as Pugin & Pugin after his death.