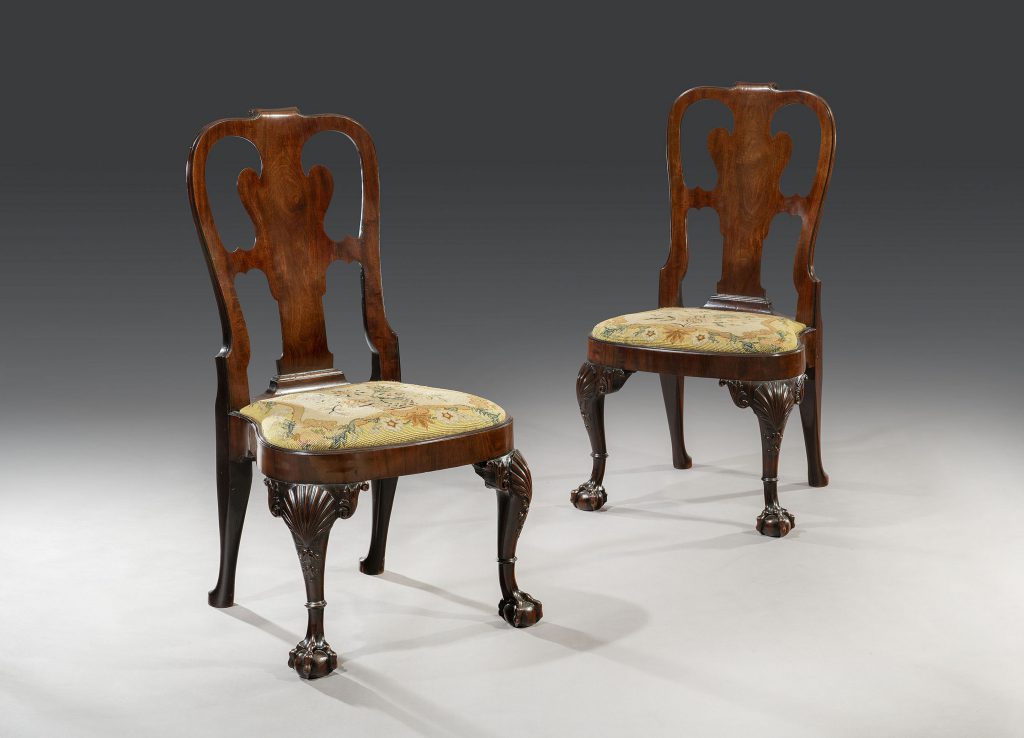 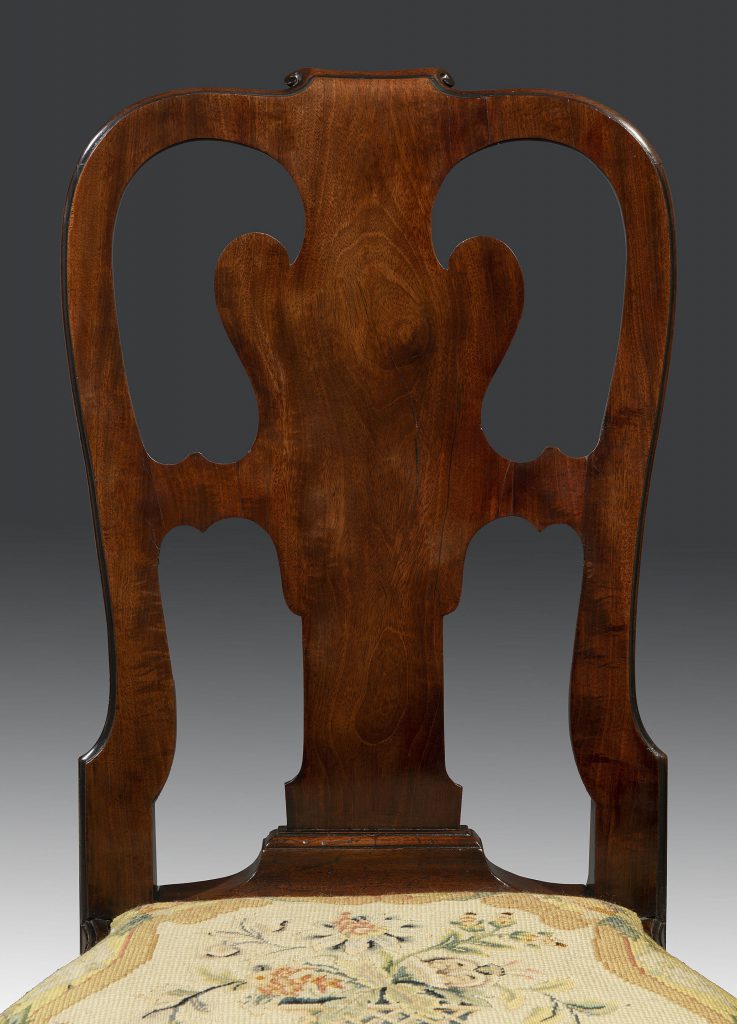 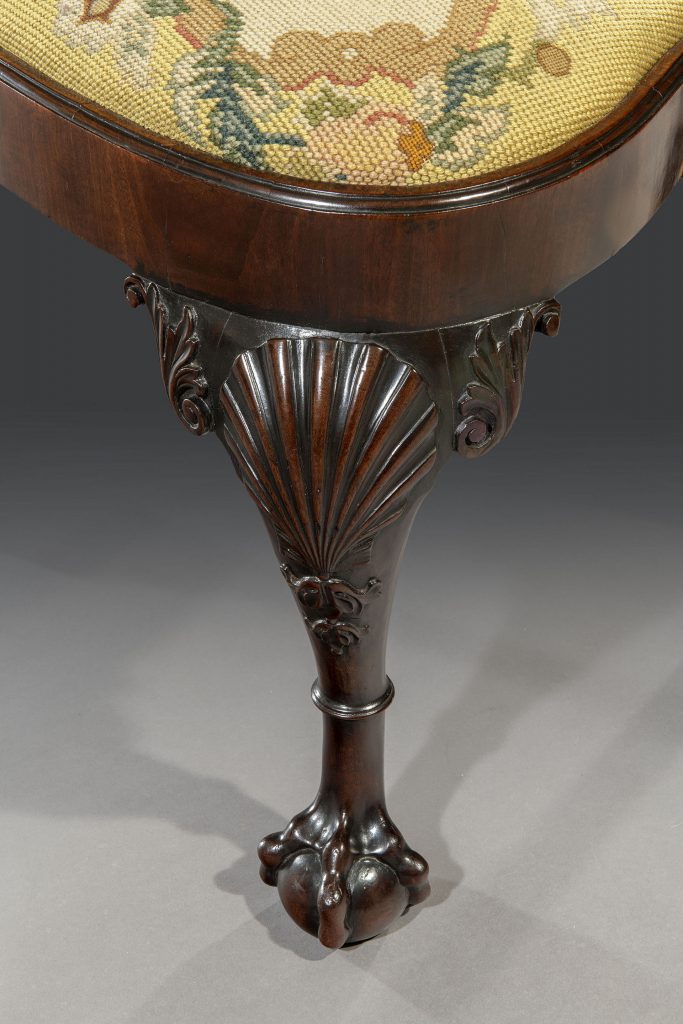 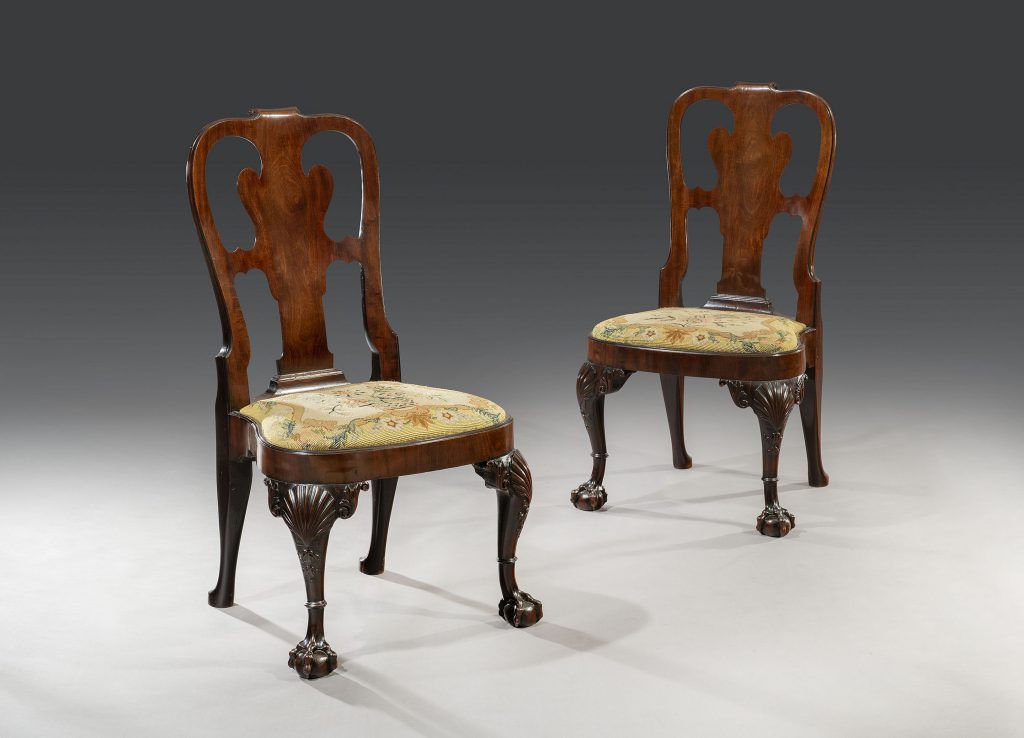 The mahogany veneered backs are elegantly shaped and laminated to mahogany frames with a central scroll to the top rail above rounded shaped drop-in seats covered with a tapestry that is in excellent condition but is probably 19th century. The chairs are supported on carved cabriole front legs with a predominant carved acanthus leaf emanating from the knee, bordered by scroll ears. The leg flows down to a carved ball and claw foot with the synonymous William Hallet carved ring around the ankle. The rear legs are sweeping outwards.

William Hallett worked extensively for Anthony Ashley-Cooper 4th Earl of Shaftesbury (1710-1771) at St Giles House, Wimborne, Dorset. The Earl employed William Hallett, the highly fashionable cabinet maker and upholsterer of Great Newport Street, to supply chairs and dining room furniture for his house between 1745-1752. Four payments to Hallett are recorded in the St. Giles household accounts book for the years 1732-1757. William Hallett made furniture from about 1730, with work for Lord Irwin as his first recorded commission (1735), until the early 1750s.

William Hallett acted as ‘sleeping partners’ in the firm Vile & Cobb. This is attested by payments and receipts in the Hallett, Vile & Cobb bank accounts, Drummonds Branch. In 1753 William Hallett moved his business from Great Newport Street to St. Martin’s Lane. He took premises next to Vile & Cobb’s. Two years later his name is crossed through in the rate books (Westminster Reference Library) and Cobb’s is inserted.

William Hallett was commissioned by many of the landed gentry of the day and his work can be seen at some of the houses listed below.