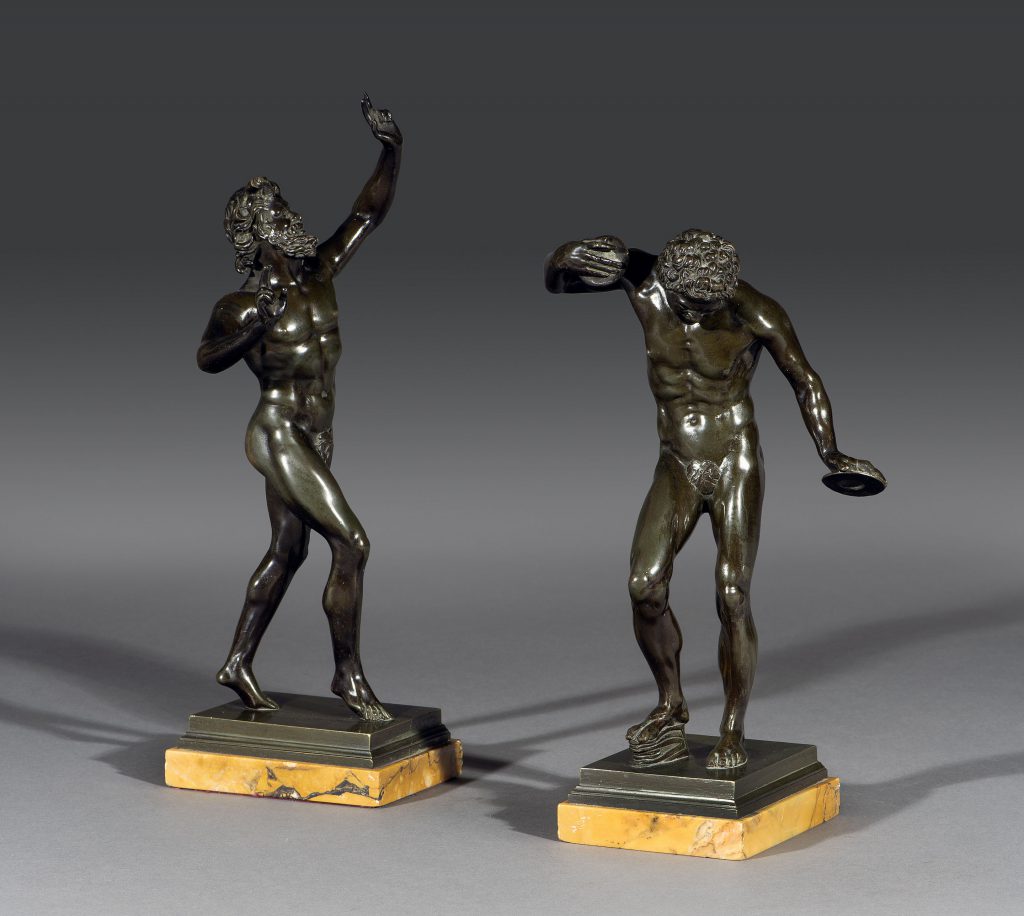 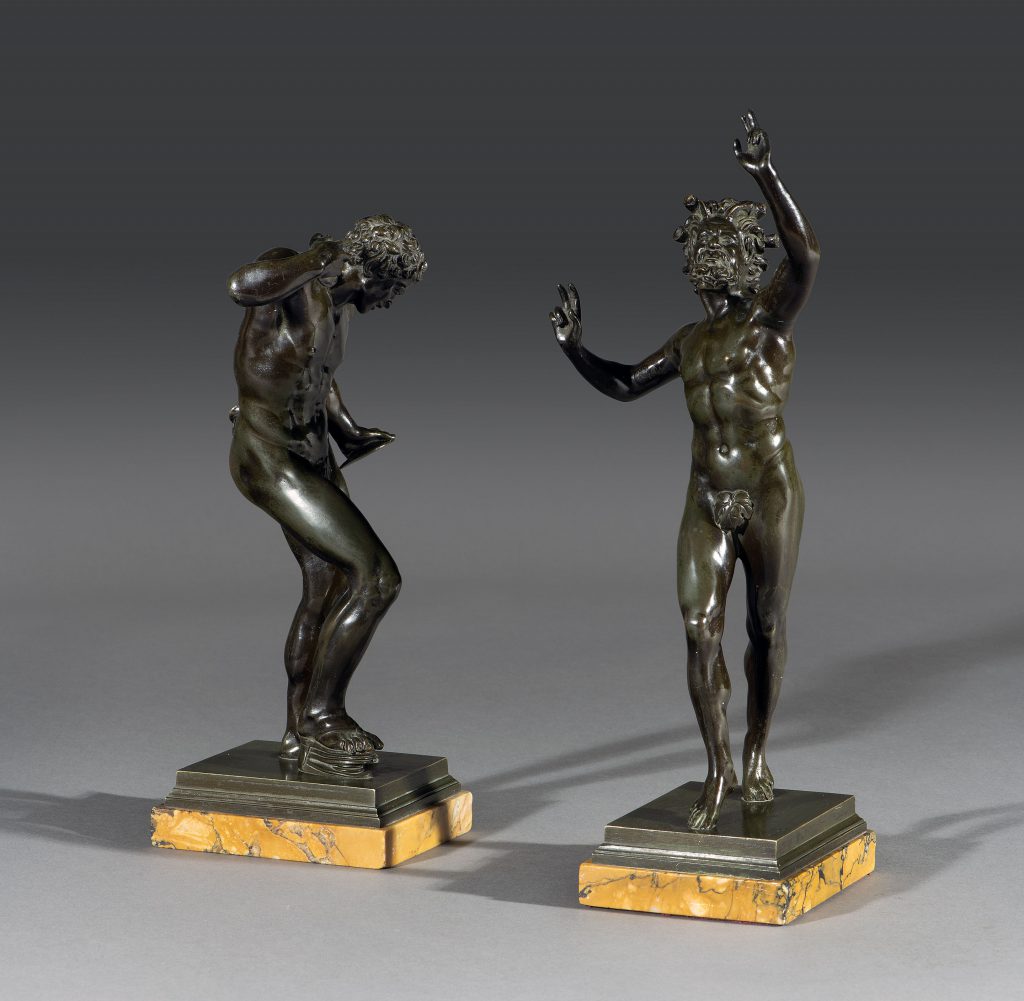 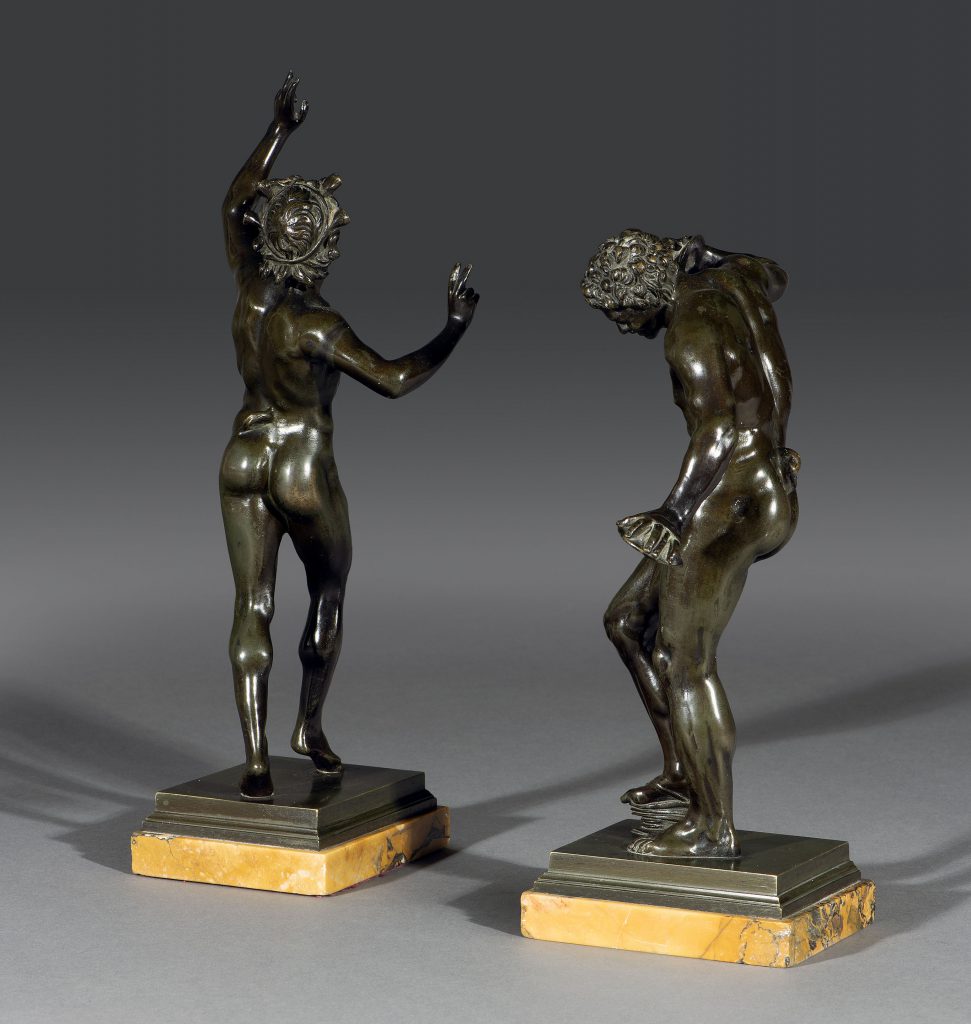 'The Dancing Faun’ Pompeii & ‘The Dancing Faun’ after Soldani This pair of 19th century ‘Grand Tour’ bronzes are after the antique. The Pompeii faun is a bearded male, standing with his right foot forward, hands held aloft. The Soldani is depicted with his right foot on a scabellum and a cymbal in each hand. Each faun stands on a rectangular sienna marble plinth and has original patination.

The statues are after the original antique of the "Fauno Danzante", the Dancing Faun of Pompeii. It is one of the most famous finds from the ancient Italian city of Pompeii. The original sculpture once graced the centre of the “Casa del Fauno”, House of the Faun, one of the most famous buildings of the ancient city. The figure was found lying next to the Impluvium of the tuscan atrium. The ‘Dancing Faun with Clappers' is an iconic woodland faun from Greco-Roman mythology and is depicted with pointed faun ears, tail and frenzied facial expression, dancing with cymbals in his hands and his right foot upon a ‘scabellum’ (an ancient Greek percussion instrument). The dancing faun is now more precisely identified as a satyr. Satyrs are roguish figures from ancient mythology and literature known for their love of wine, music, and mischief. This satyr holds metal cymbala in his hands and wears a kroupezion attached to his sandal. The latter is a device with a metal plate that would have made a noise rather like a modern tap shoe. His faunlike features are visible in the tiny horns above his forehead, and in the small goat's tail at his rear. His head is bent over, absorbed in the music, and every muscle of his athletic body, from his deltoid muscles, his abdomen, to his calves, appears tense as he plays. 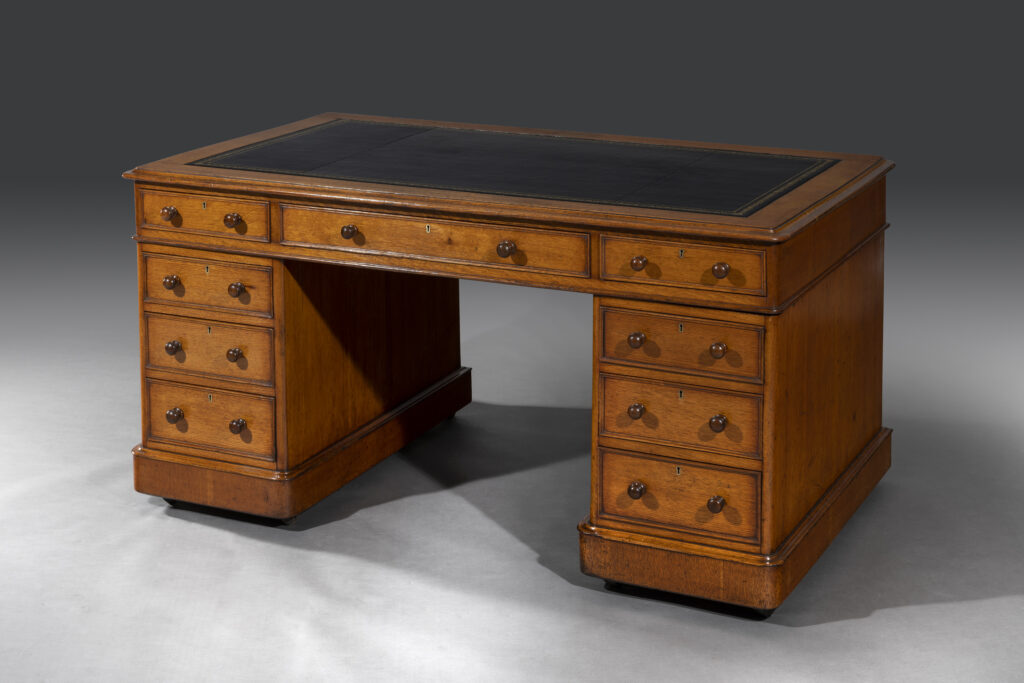 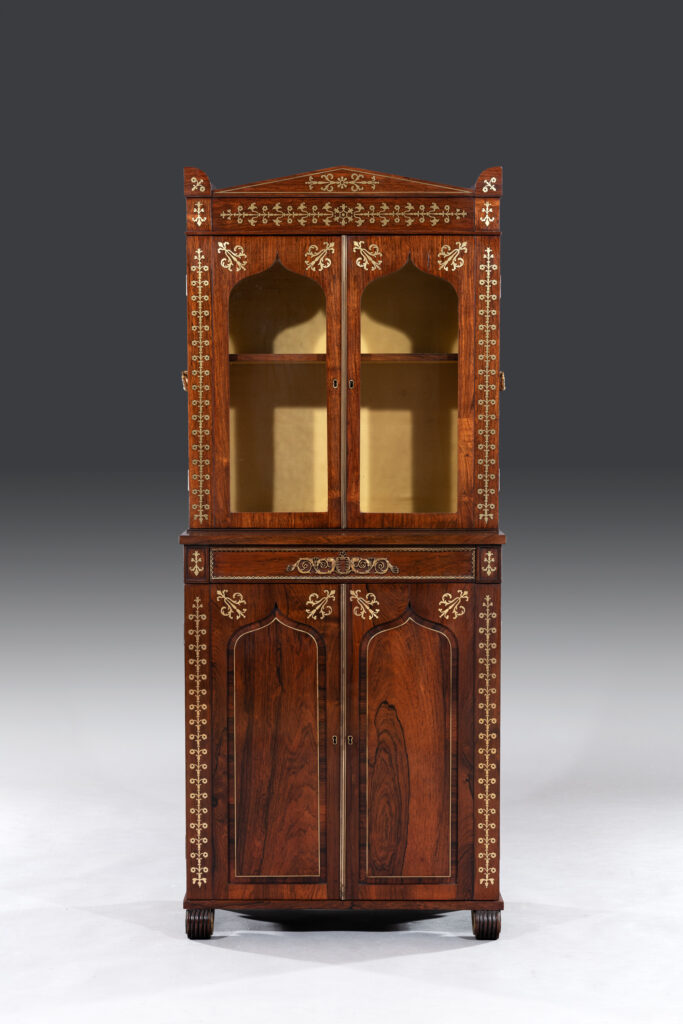 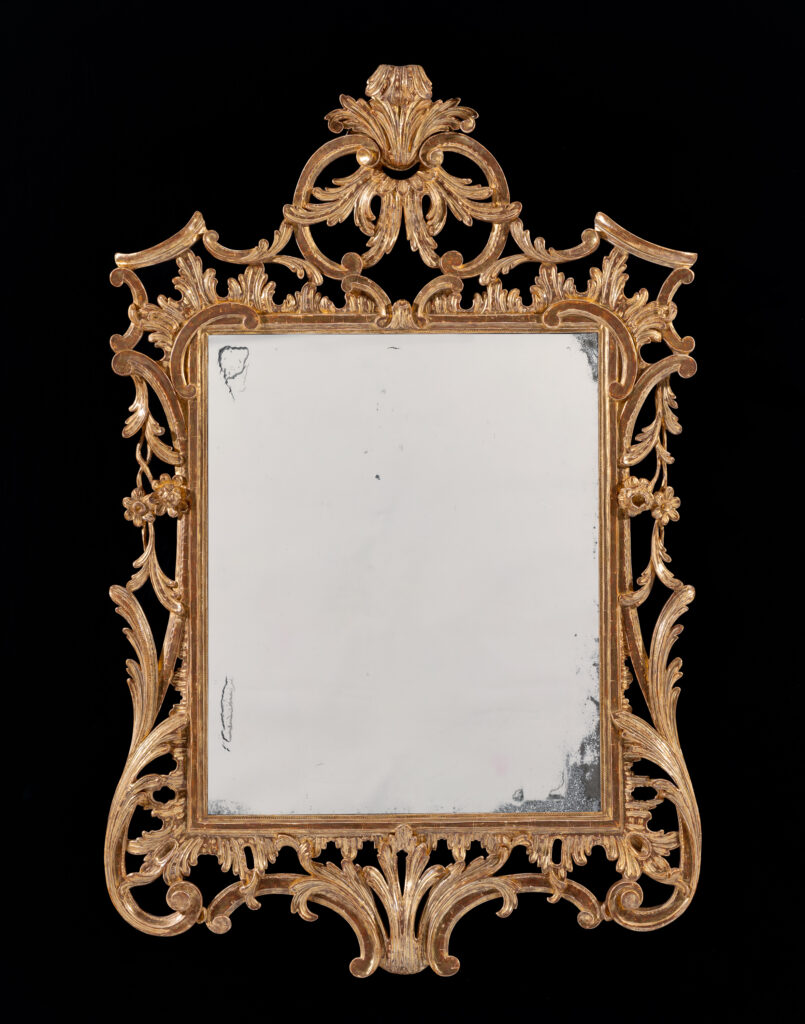