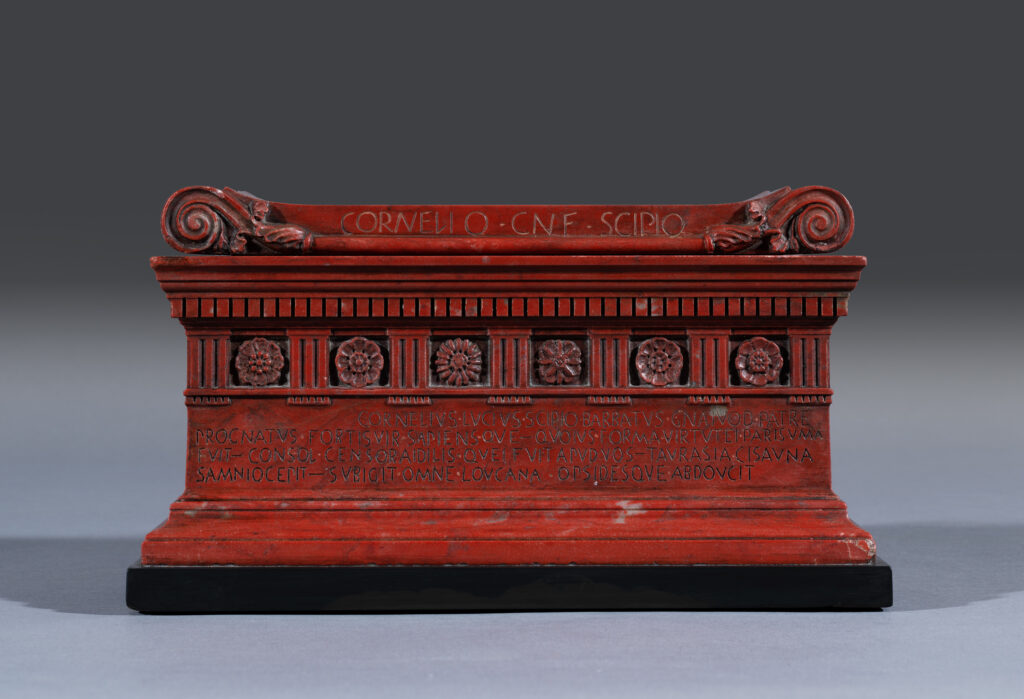 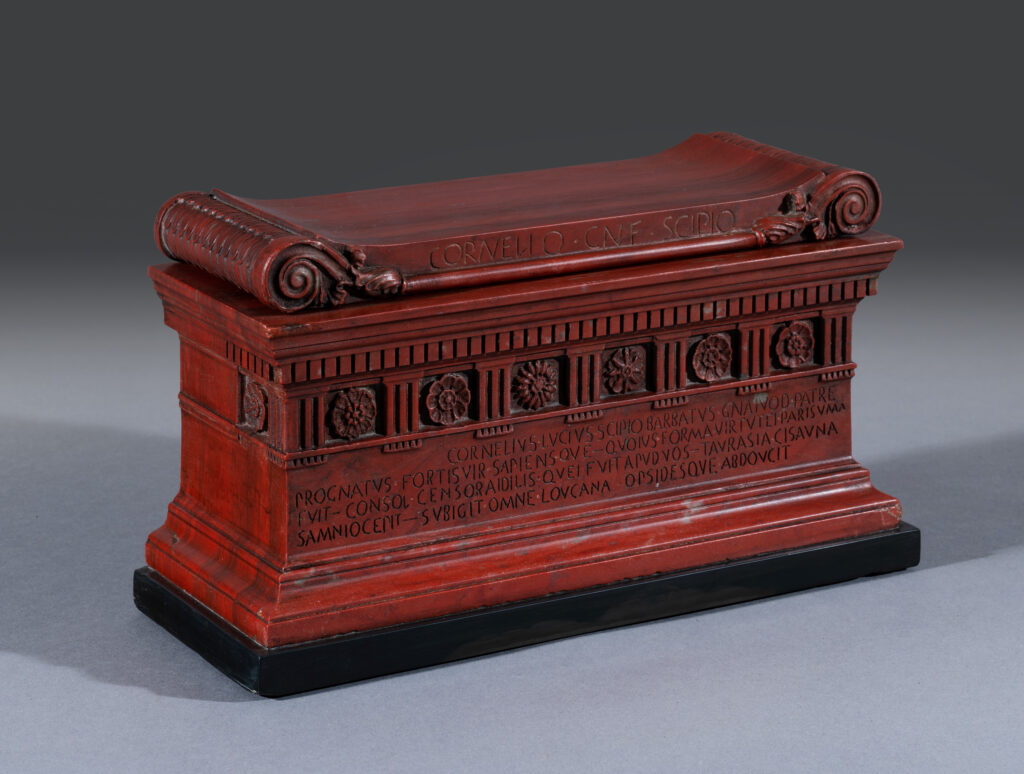 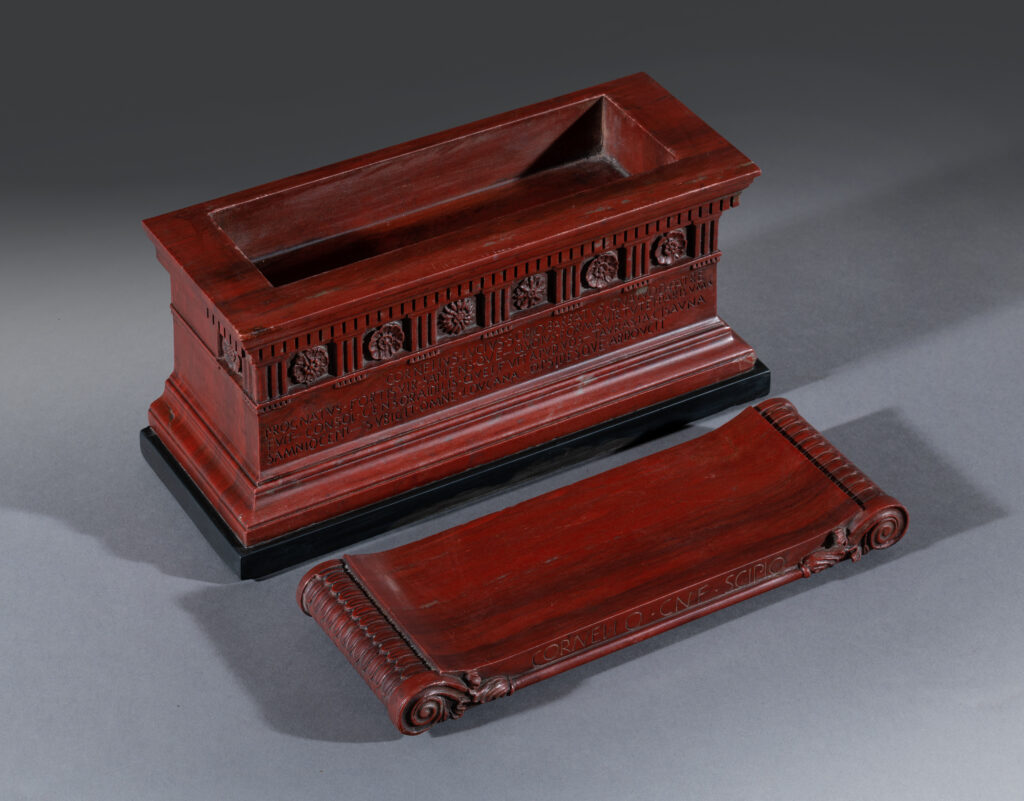 An Italian model of Scipio's tomb.

Carved from Rosso Antico marble, the present work is a model of the famous Roman tomb belonging to Lucius Cornelius Scipio Barbatus (died circa 280 BC). He led the Roman army to victory against the Etruscans near Volterra. His sarcophagus is now in the Vatican Museum.

From a Private Collection

The Holburne Museum notes that: 'Sir William’s Study was more sober and masculine than the rest of the house, reflecting his scholarly and antiquarian interests. It housed his miniature sculpture gallery of antique and renaissance bronzes, his Grand Tour souvenirs, mineral collection and over 1,300 books. Many fine Dutch genre scenes and landscapes hung on the walls.'
Please follow this link to the above: http://collections.holburne.org/object-x594a---

A similar piece in yellow marble was displayed at the Holburne Museum in Bath and listed as:
'Model of the sarcophagus of Lucius Cornelius Scipio Barbatus, Italian, giallo antico marble, early nineteenth century'.

The heart of the present day Holburne Collection in Bath was formed by Sir Thomas William Holburne, 5th Baronet of Menstrie (1793-1874).
Younger son of Sir Francis and known as William. He joined the navy in 1805 aged 11 and served at the Battle of Trafalgar aboard the Orion. He also served on the Tonnant in the West Indies in 1808 and on the Foudroyant in Brazil. Made a Lieutenant in 1813, he was probably pensioned off from the navy after 1815 at the end of the Napoleonic Wars.

He inherited on his father’s death in 1820 and undertook a Grand Tour of post-Napoleonic Europe in 1824-5 including Italy and the Netherlands. This was formative in terms of developing and defining his taste as a collector of art. Very little remains as evidence of his collecting – no letters, bills or accounts – so very little knowledge of where his acquisitions came from.

We can deduce from the the objects that he collected that, in very general terms, Sir William’s taste was for the small, the finely wrought and often the colourful.

Part of the reason for the small and delicate nature of much of the art that Sir William collected is the intended setting for his purchases. Following the death of his mother in 1829, William and his three sisters moved to 10 Cavendish Crescent, Bath in 1830, a new terrace with the house ranged across three floors with an attic above. We know from the inventory of the contents of the house taken on Sir William’s death in 1874 how the collection was arranged throughout the house. The small size of many of the works suited the compact nature of the house and would have been a practical choice.

In 1882 this collection of over 4,000 objects, pictures and books was bequeathed to the people of Bath by Holburne’s sister, Mary Anne Barbara Holburne (1802-1882). 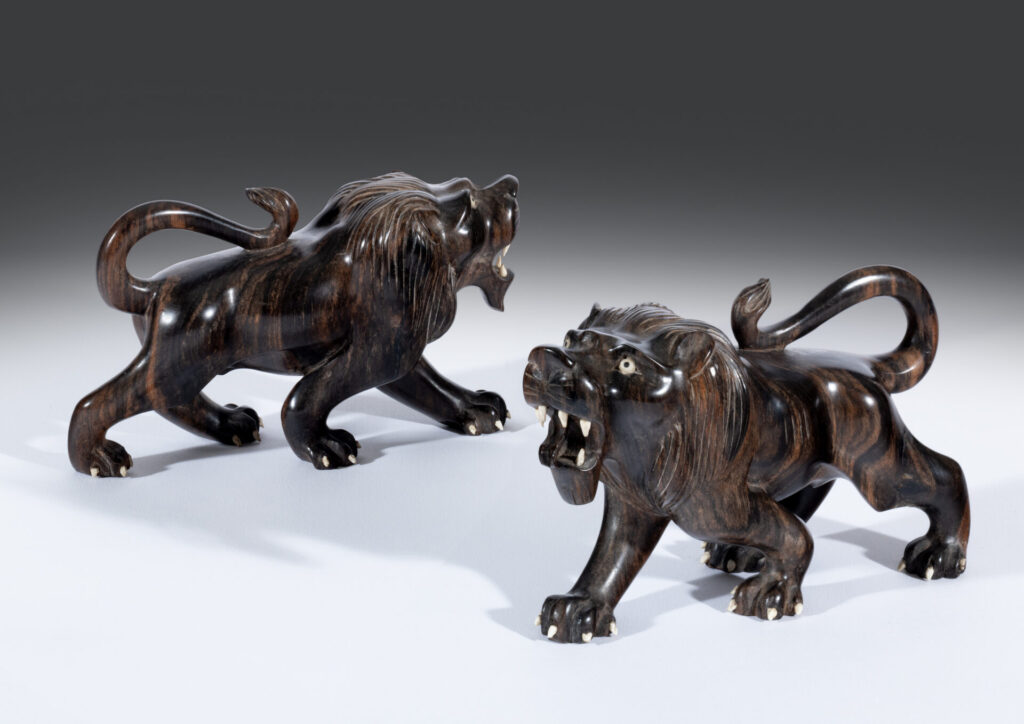 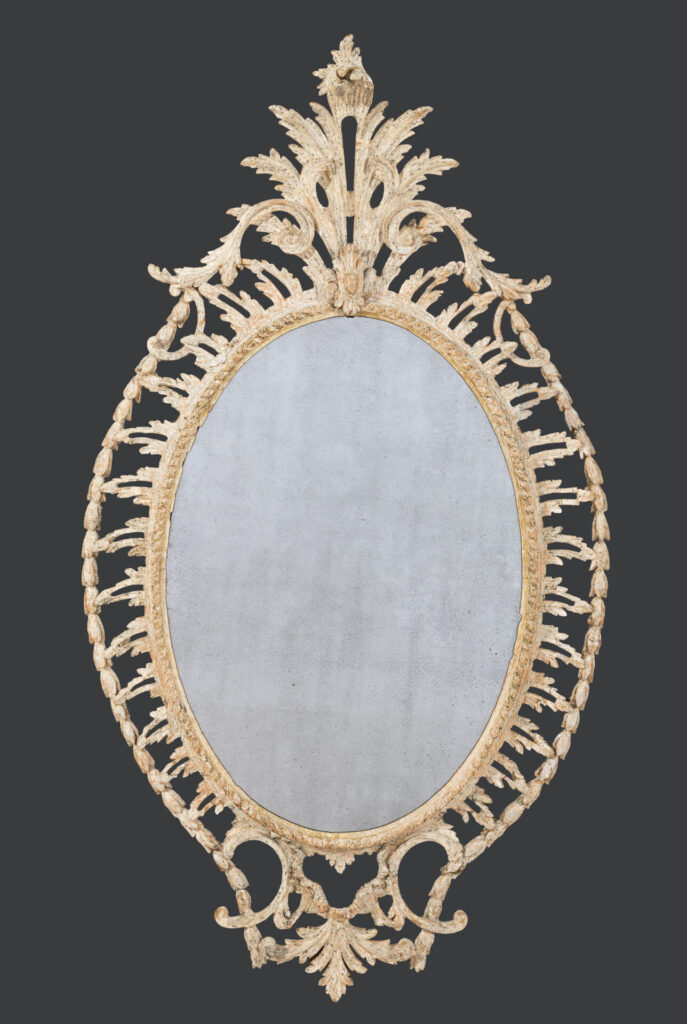 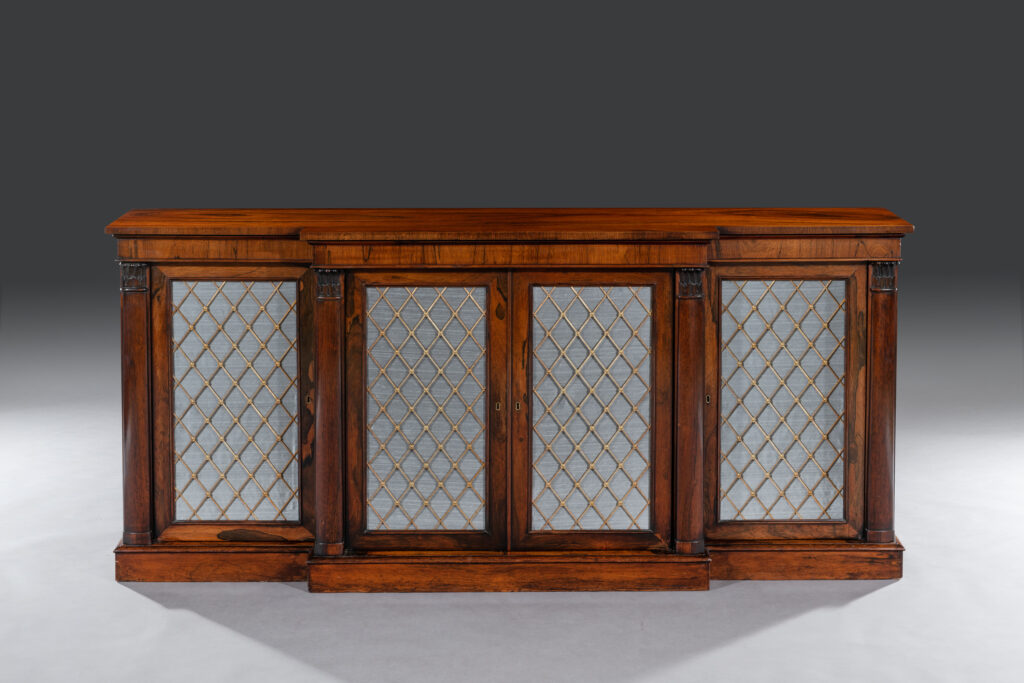