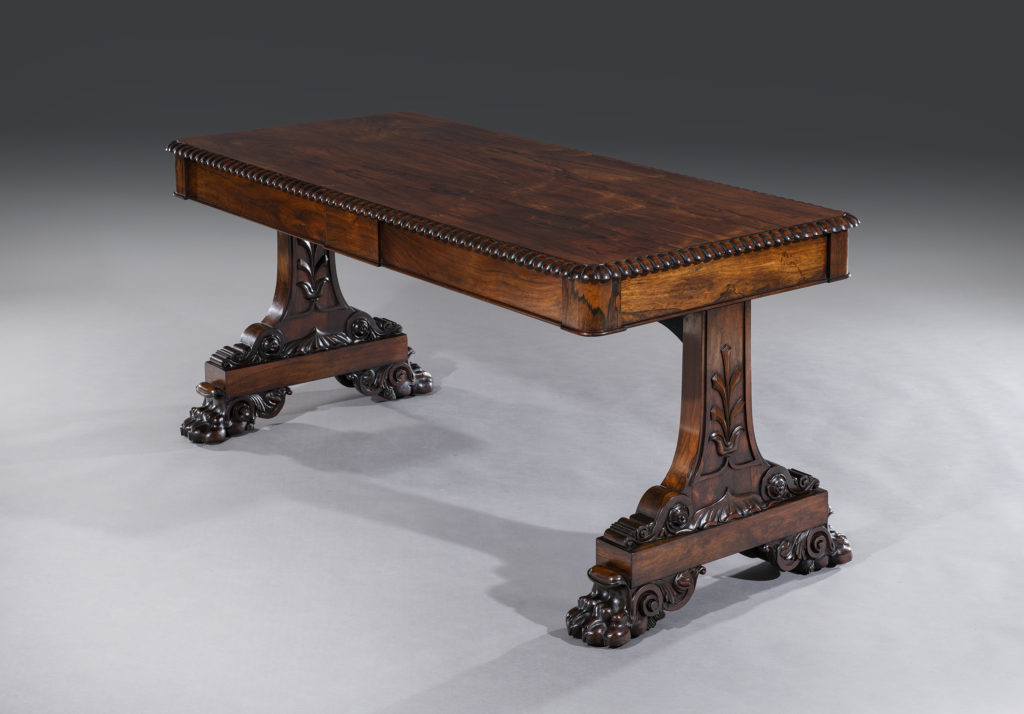 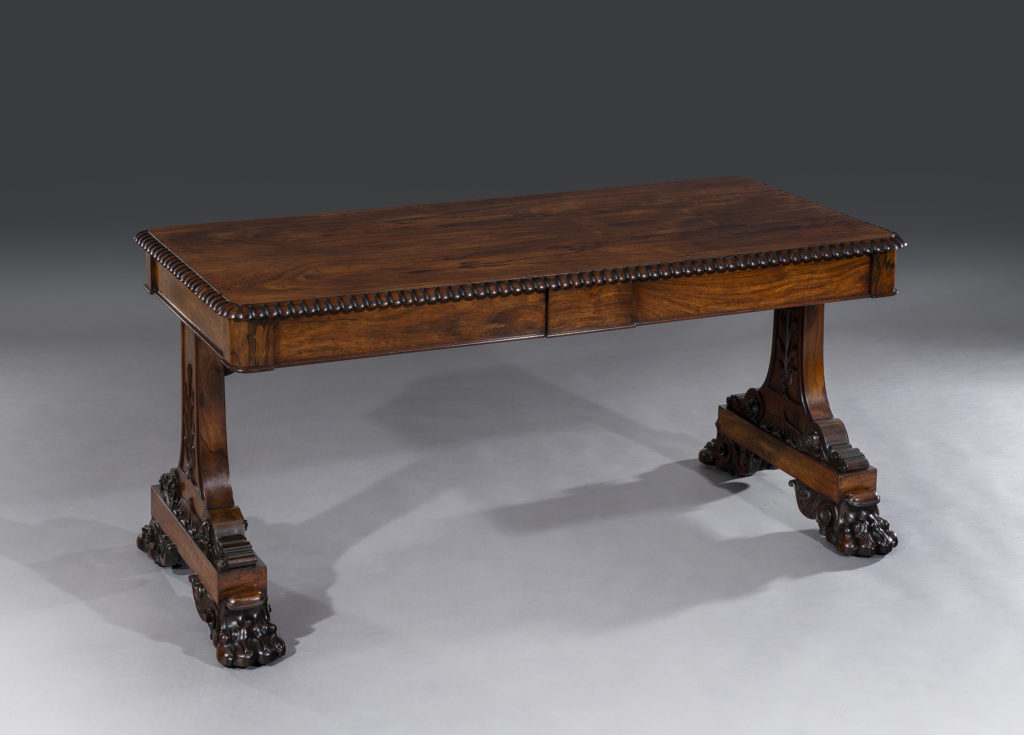 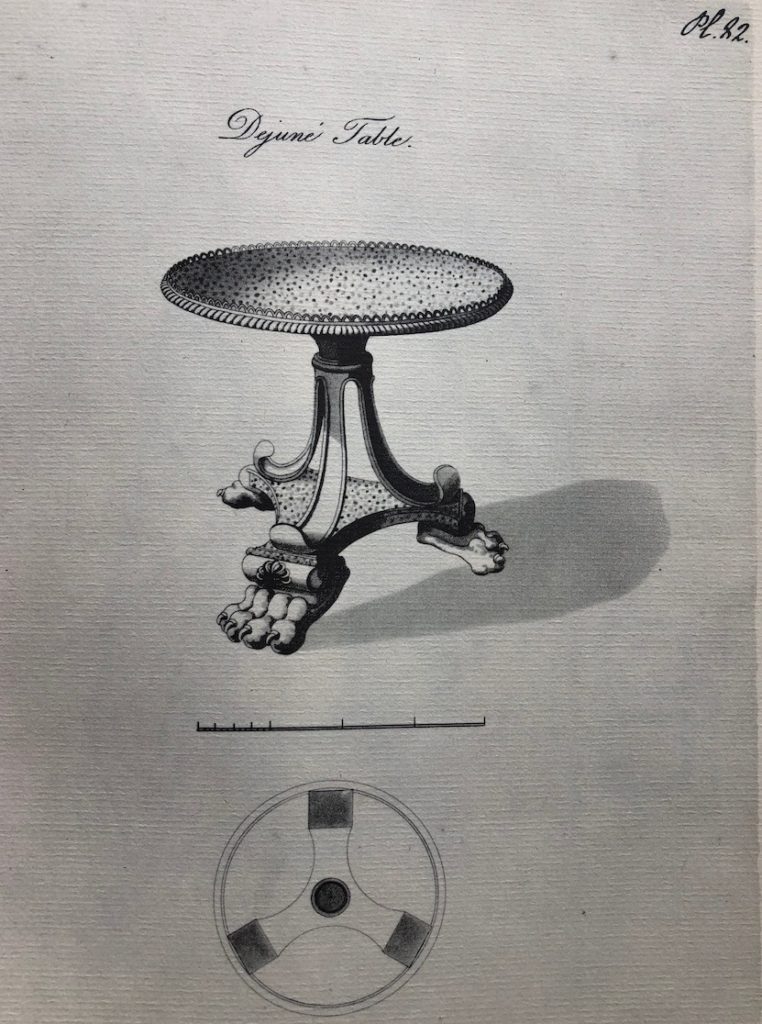 The grand George IV table has a butterfly rosewood veneered top which is of a good colour and patina with a carved gadrooned moulded edge, above two full length mahogany lined concealed drawers. The well-figured frieze sits above a concealed stretcher and massive carved architectural trestle end supports. The ‘S’ scroll carvings are adorned with lotus plaques and tulip designs to the uprights. The plinth bases are raised on over-sized hairy paws and concealed castors. 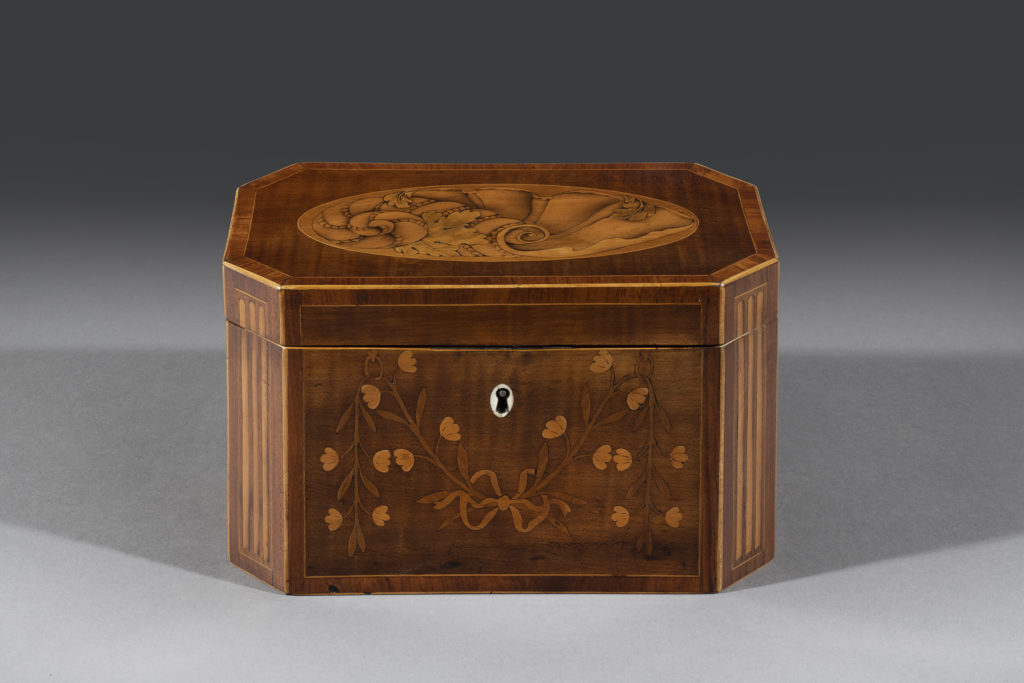 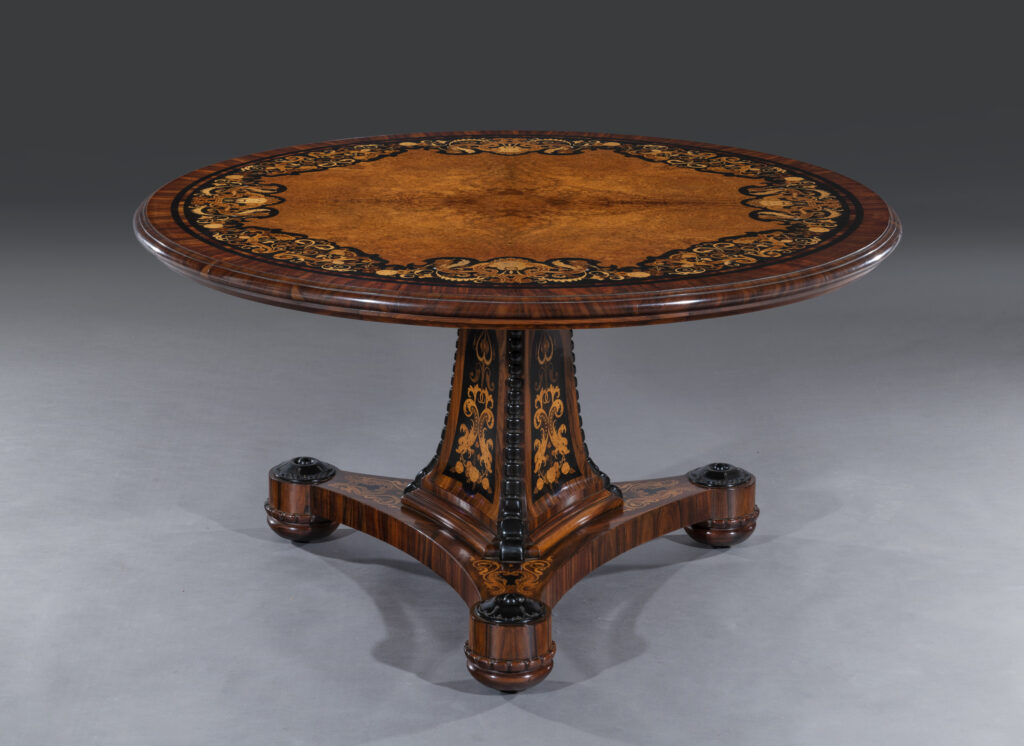