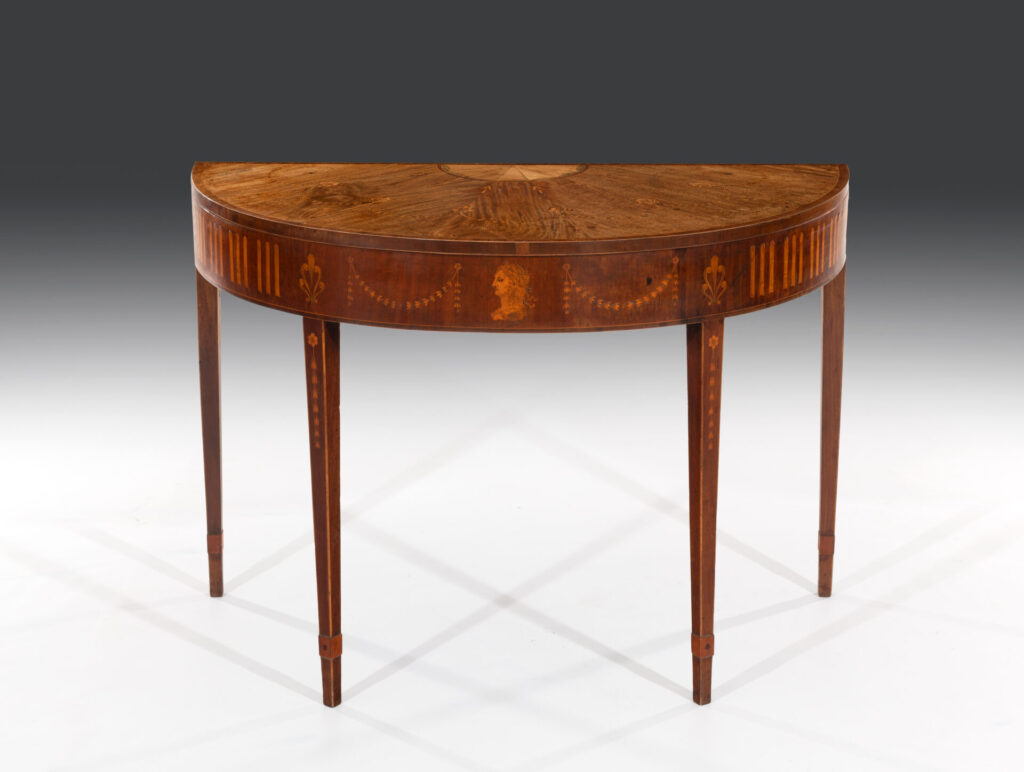 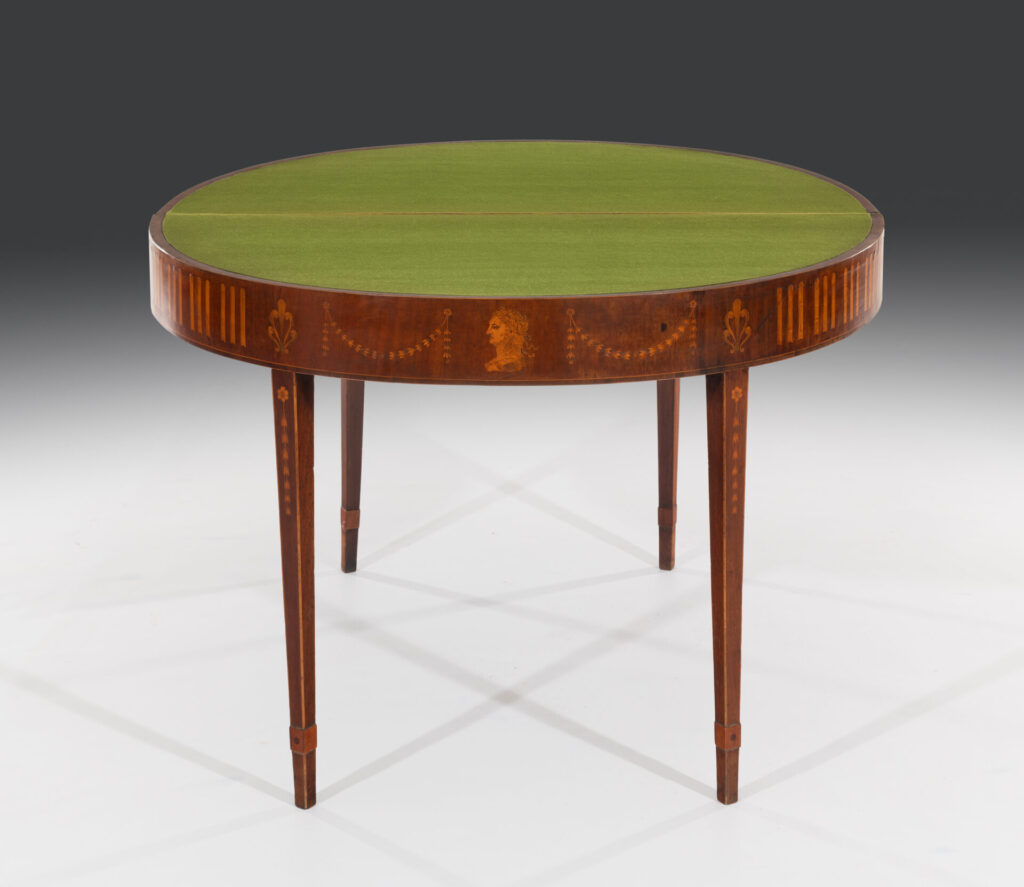 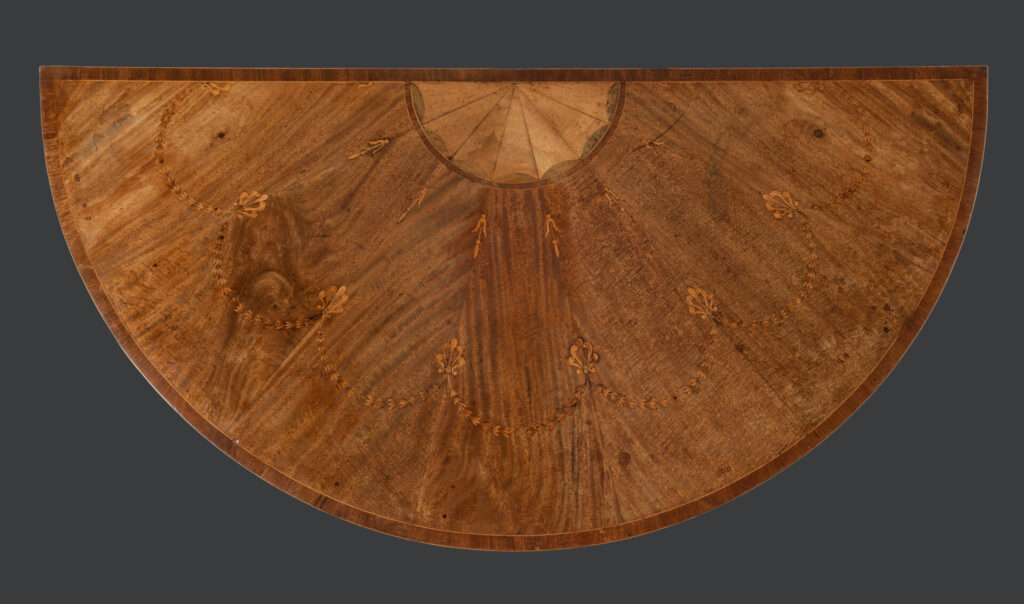 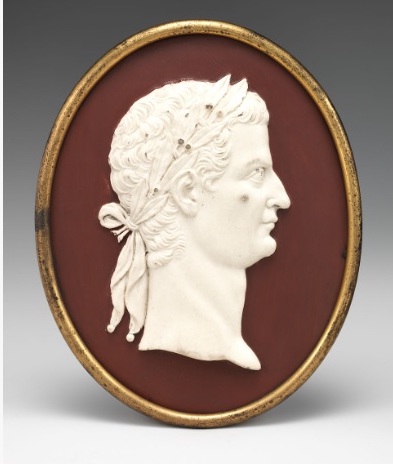 The faded mahogany top is segmented, crossbanded and inlaid. The smaller semi-elliptical satinwood segmented inlaid fandrel is crossbanded and inlaid with hare wood. The outer section of the table top is inlaid with inverted harebells above anthemion flower motifs with trailing harebells. The top retains the original colour, finish and patina and has the unusual feature of only having one edge, so as to appear to be a side table and not a games table. The table top lifts up to reveal a faded green baize playing surface that rests on twin gate legs to the reverse.

The highly decorated and inlaid frieze is centred with the Roman Emperor Gaius Caesar (Caligula) and flanked with rosettes and harebell swags to the centre section. The anthemion inlays and boxwood flutes sit above a mahogany and boxwood crossbanding raised on four tapered inlaid legs. The mahogany legs are inlaid with rosettes and harebells and stand on block supports and tapered toes.

Whilst associated with Ireland, William Moore (1782-1815) was a London cabinet maker who served his apprenticeship under the celebrated London firm of Ince and Mayhew where he specialised as a 'marqueteur' prior to the establishment of his own firm in Dublin in 1782.

Ince and Mayhew’s work from the late 1760s was increasingly in the emerging neoclassical manner which was filtering through to Britain from France through the published works of architects such as Delafosse and Gilles-Marie Oppenord. However it was not until the publications of Robert and James Adam’s works in architecture in 1773 featuring Robert Adam’s neoclassical Interiors at Kenwood, 1768-1771 and Osterley Park 1767-1780, that the transition was completed.

Ince and Mayhew were best known for the skilled and innovative use of marquetry and were able to put themselves at the vanguard of the new fashion and it is within this environment that Moore’s work must be considered.

The earliest known commode decorated solely with marquetry dates from early 1764 and Ince and Mayhew were also the first to produce semi-elliptical commodes through their involvement with the Countess of Derby’s Etruscan commodes for which they were employed by Adam in 1774.

Moore’s apprenticeship not only enabled him to become a cabinet maker and marquetry specialist of the finest scale but, with the education in contemporary taste and design, it also enabled him to set up his own workshops in 1782. Keen to open his own firm, and with the high-end of the London market saturated with firms such as Thomas Chippendale, John Cobb, John Linnell and of course Ince and Mayhew, Moore moved to Dublin.

This was a well-timed and profitable move corresponding with the birth of Dublin’s Georgian new town, and the massive increase in demand for fashionable cabinet makers. Moore’s first known premises in Dublin were at Abbey Street, 1785-1790 and he subsequently moved to larger premises in Capel Street. Moore advertised his new business in the Dublin Evening Post in 1782 in which he specifically refers to his expertise within inlay and his training under Ince and Mayhew.

Gaius Caesar (Caligula)
The image above is a bust of Roman emperor Gaius Caesar from the 18th century. It was made by Josiah Wedgwood. The subject is intended to be a likeness of Gaius Caesar, called Caligula (b.12 A.D., emperor 37-41), but certainly cannot be a likeness since the portraits of the emperors of this period are all very similar in appearance. 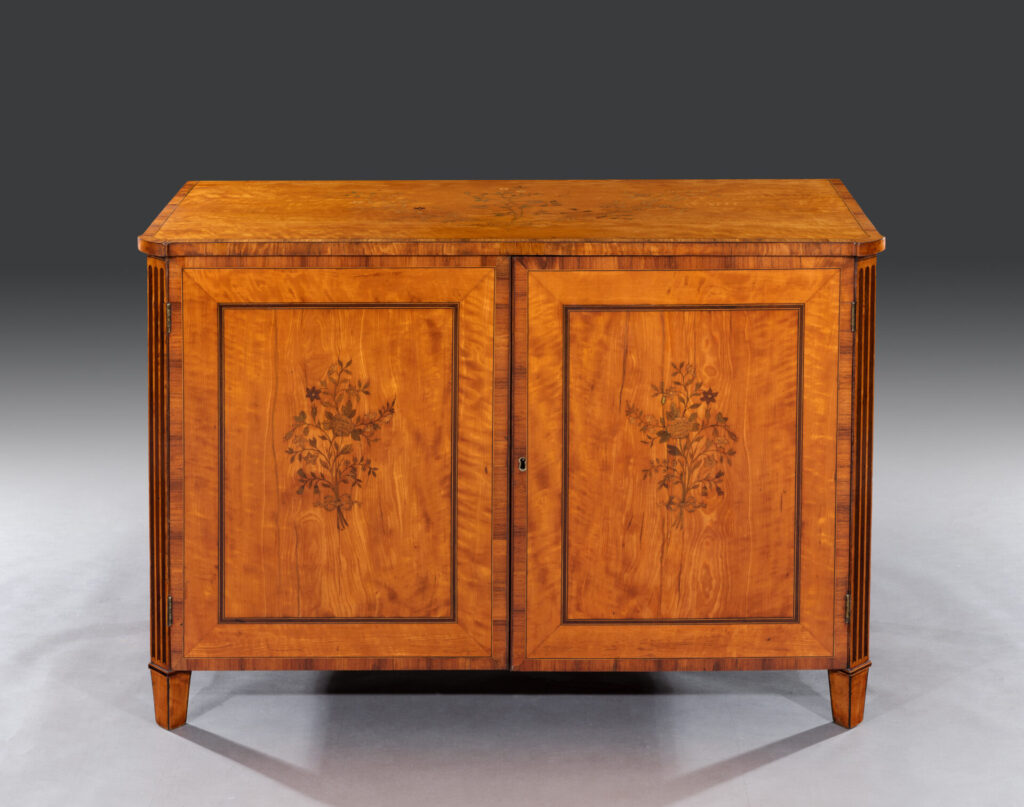 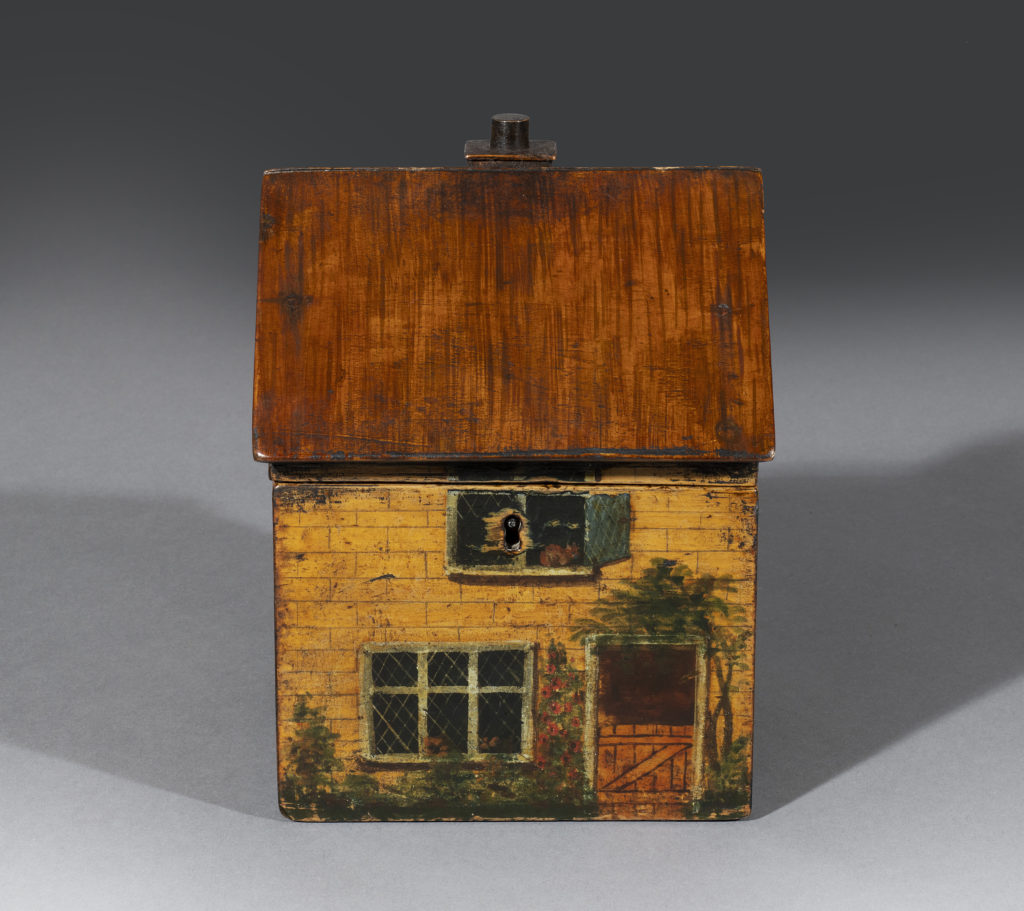 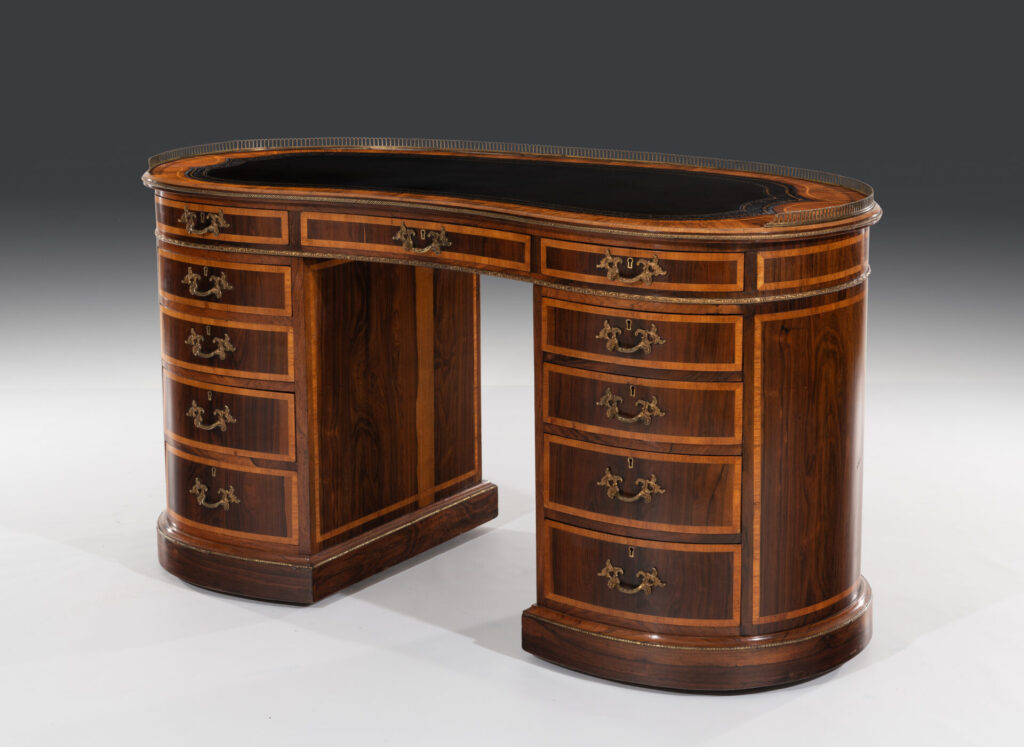