Inlaid Pair of Etagere Side Tables 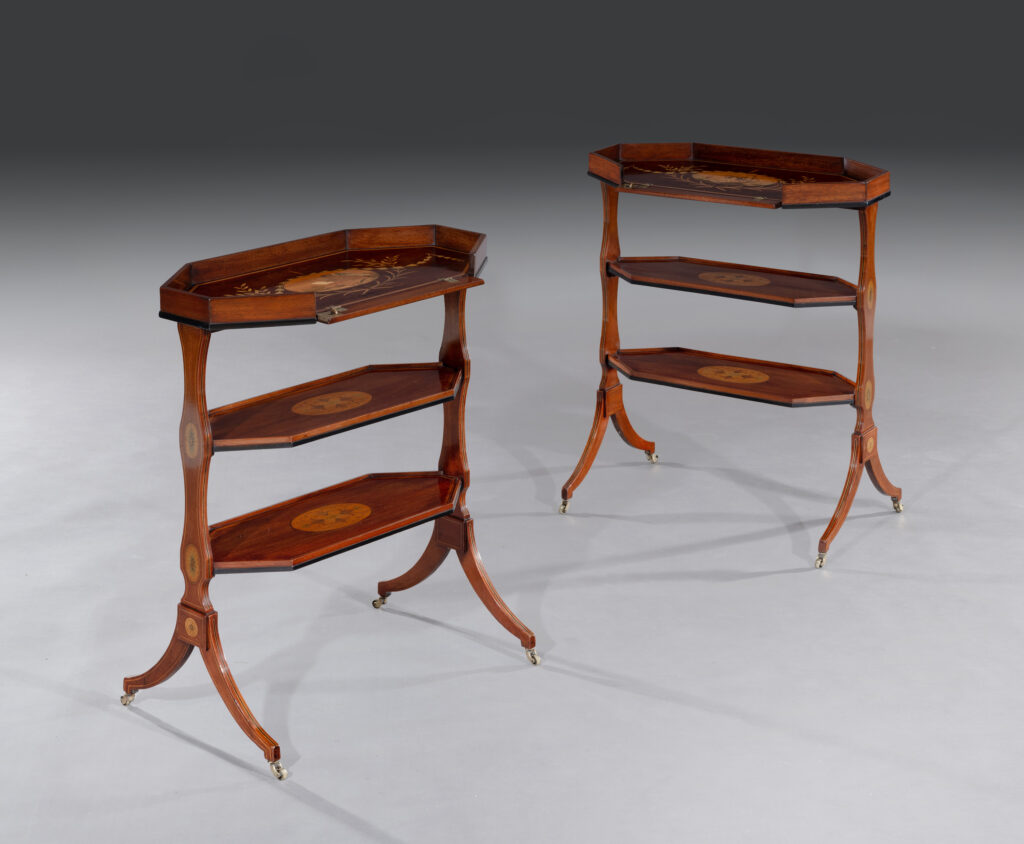 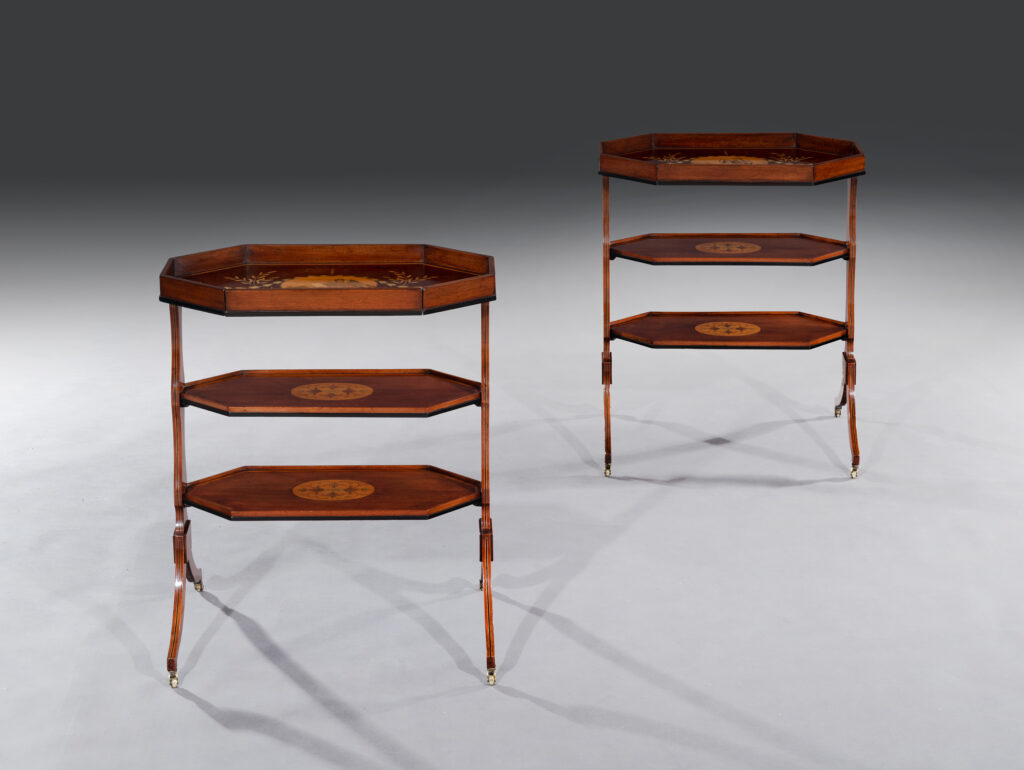 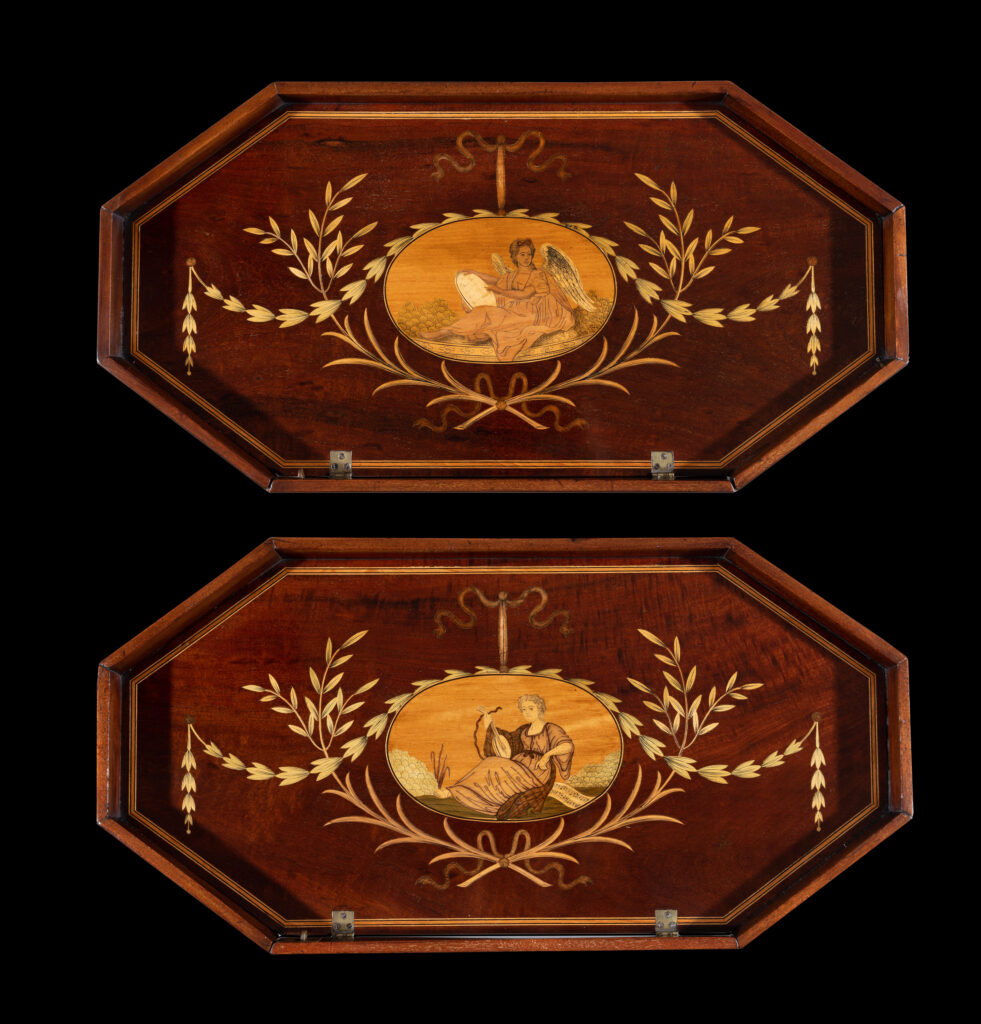 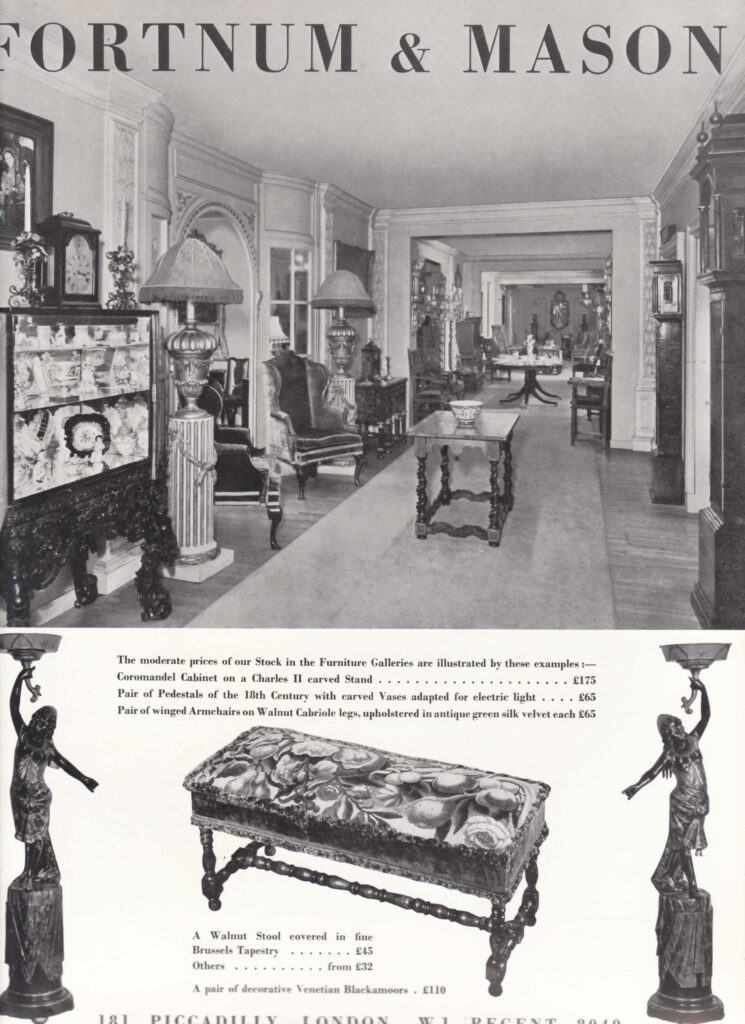 Inlaid Pair of Etagere Side Tables

A most rare and unusual pair of mahogany inlaid etagere side tables dating from the late 18th to early 19th century.

The tables are most unusual and have also been known to be called tricoteuse tables. The origin of tricoteuse is French and means a 'knitting woman'. The term is most often used in its historical sense as a nickname for the women who sat beside the guillotine during public executions in Paris during the French Revolution, supposedly continuing to knit in between executions.

An interesting side effect of the constant fluctuations in taste and fashion in relation to the antiques trade was the emergence, and subsequent disappearance, of antiques departments in some slightly unexpected places.

Fortnum and Mason has long been a food lover’s destination but, in the post-war period, you could also expect to see a fine selection of antiques there. What is particularly interesting is that the firm concentrated on ‘moderate prices’ as the primary selling point. However, the beautifully laid-out gallery image above certainly leaves one in no doubt that, however ‘moderate’ the prices may have been, there were objects of real quality on sale.

Asprey and Harrods were also once very serious players on the London antiques scene. Both firms were members of the BADA (British Antiques Dealers Association) and exhibited at the celebrated Grosvenor House fair every year. They carried extensive stocks of furniture, textiles, silver, jewellery and porcelain etc. and traded at the very top of the market.

Asprey’s antiques department was the starting point for many celebrated dealers including silver specialist and Antiques Roadshow expert, Alastair Dickenson, who worked there between 1983 and 1996.

Even Debenham and Freebody had an antiques department which specialised in textiles. They housed some incredible examples of needlework, including one piece possibly worked by Mary Queen of Scots.

Rare and in excellent condition