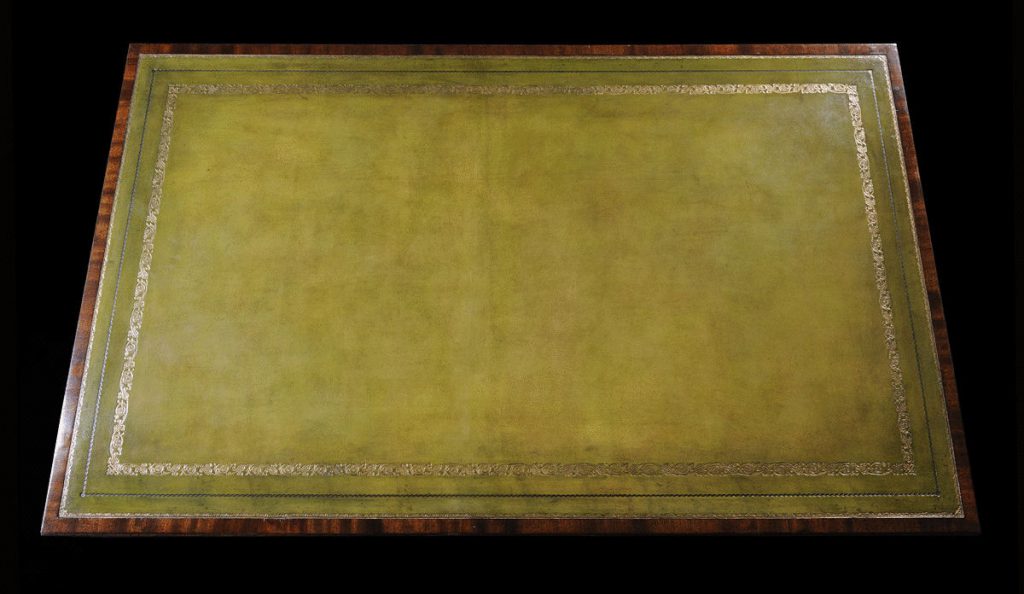 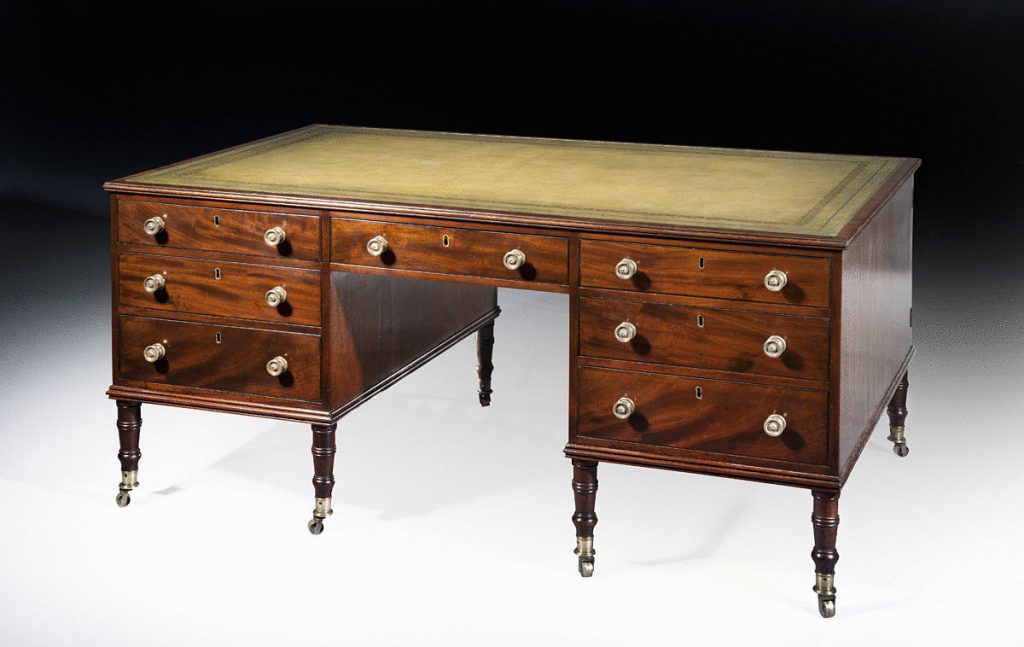 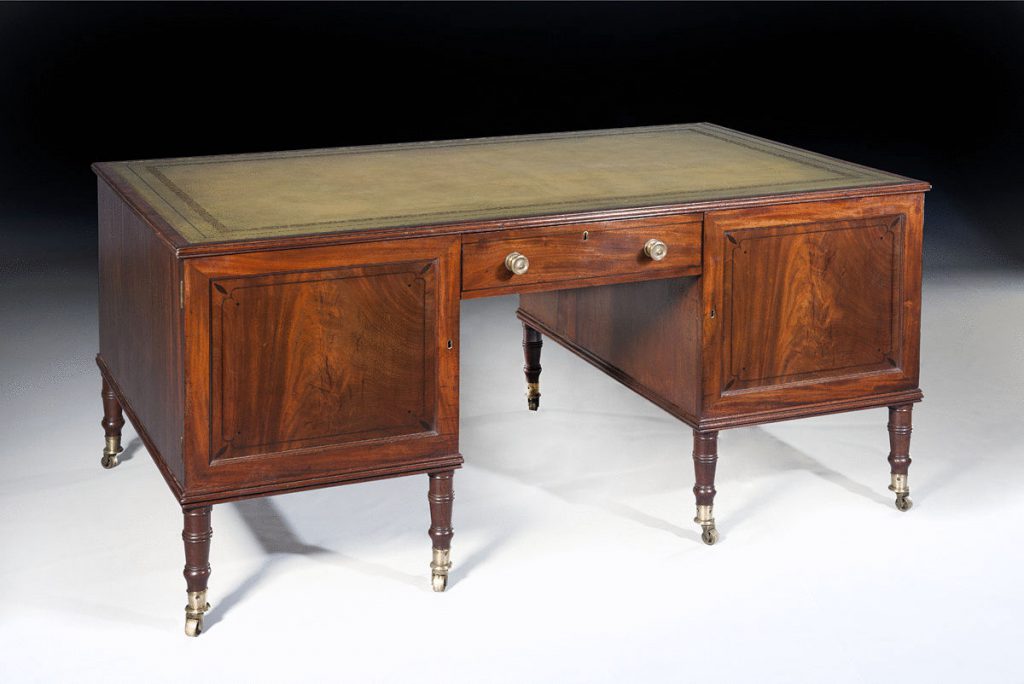 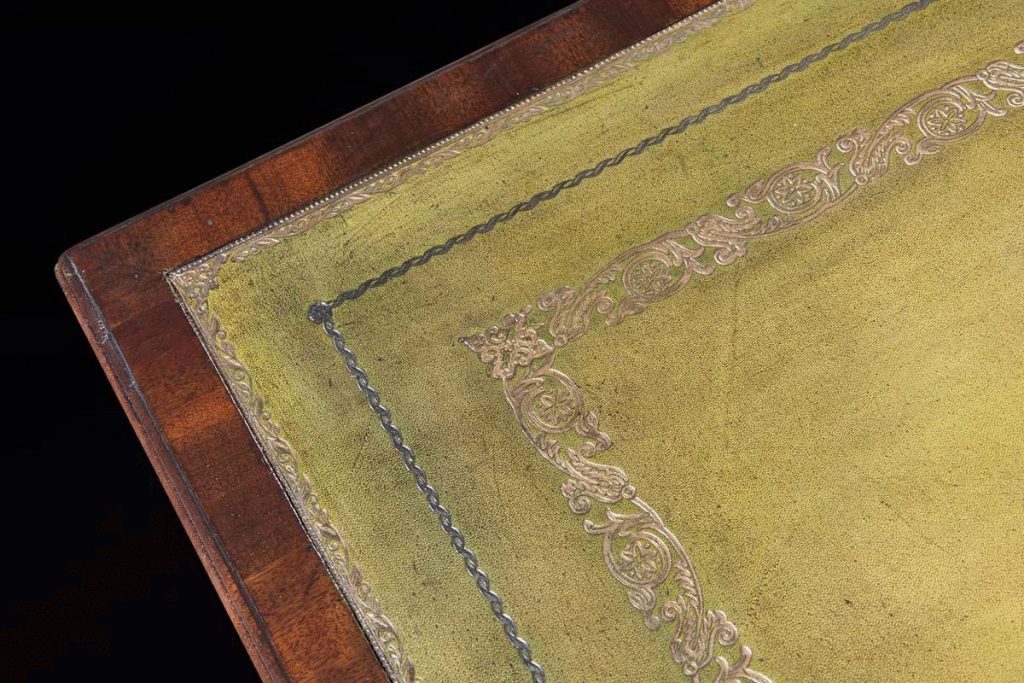 The crossbanded and reeded top, is fitted with a later gilt & blind tooled leather, above fitted graduated drawers to one side, with a central frieze drawer and two cupboard doors to the other, this side inlaid with ebony decoration. The drawers and cupboards have various fitted compartments and shelves together with shaped mahogany portfolio slides to the right-hand cupboard. It is raised on ring turned legs with the original brass 'swivel' castors. Note: William Wilkinson established his business at 14 Ludgate Hill, London in 1808 and from the outset marked his furniture with the impressed stamp 'WILKINSON LUDGATE HILL'. After 1825 William brought his sons into the business, where, thereafter furniture was stamped 'WILKINSON & SONS 14 LUDGATE HILL'. William Wilkinson died in 1833.

The Hon. Edward Robert Hamilton Wills, Farmington Lodge, Northleach, Gloucestershire. Born on 30th April 1918, he was the 2nd son of the 1st Baron Dulverton. Known as the Hon. Bobby Wills throughout his life, he was a member of the famous 'Wills Tobacco' family. He never married and during the second world war, was a Major in the Grenadier Guards. In 1964 he founded 'The Farmington Institute for Christian Studies', which each year awarded a research fellowship to a student at Harris Manchester College, Oxford University. Throughout his life he was an avid collector of fine antiques, paintings and works of art. He died, aged 87, on the 11th January 2005.