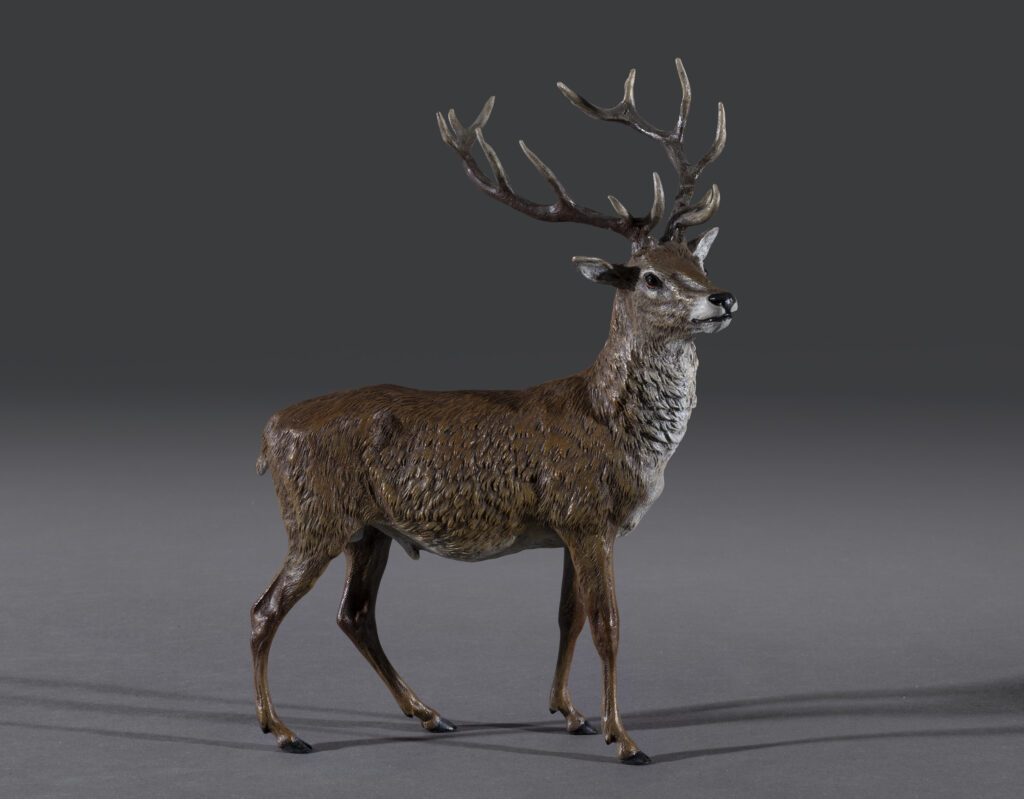 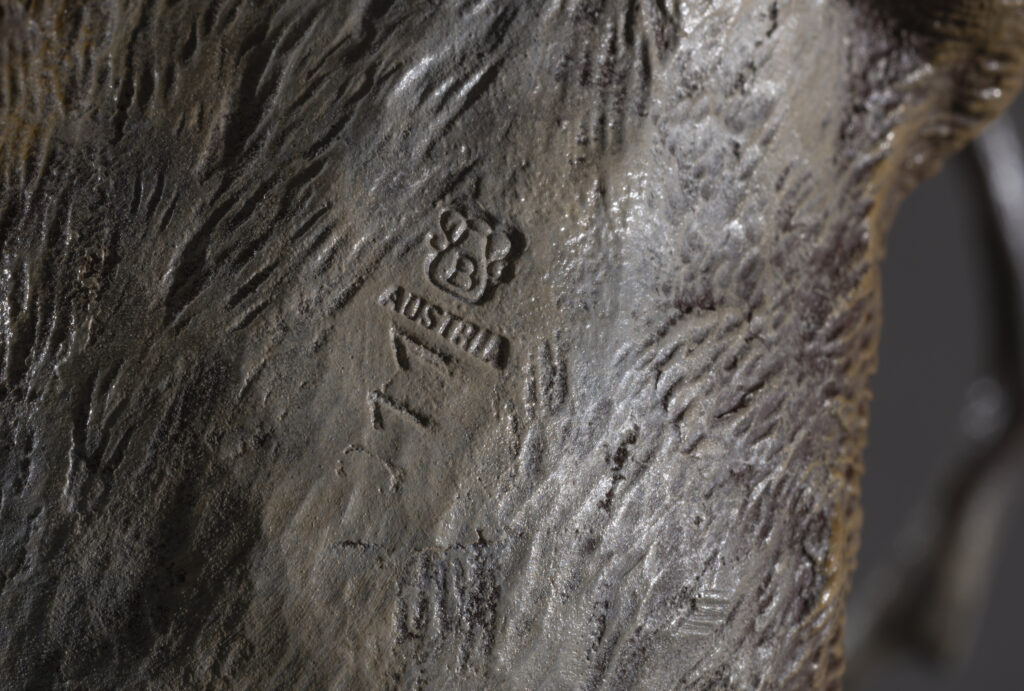 Superb cold painted bronze by Franz Xavier Bergman (1861-1936). The stag is in excellent condition, retaining a good colour. The bronze is stamped/signed by the letter 'B' in a vase shape to the reverse. The stag is the largest scale of its type and stands well.