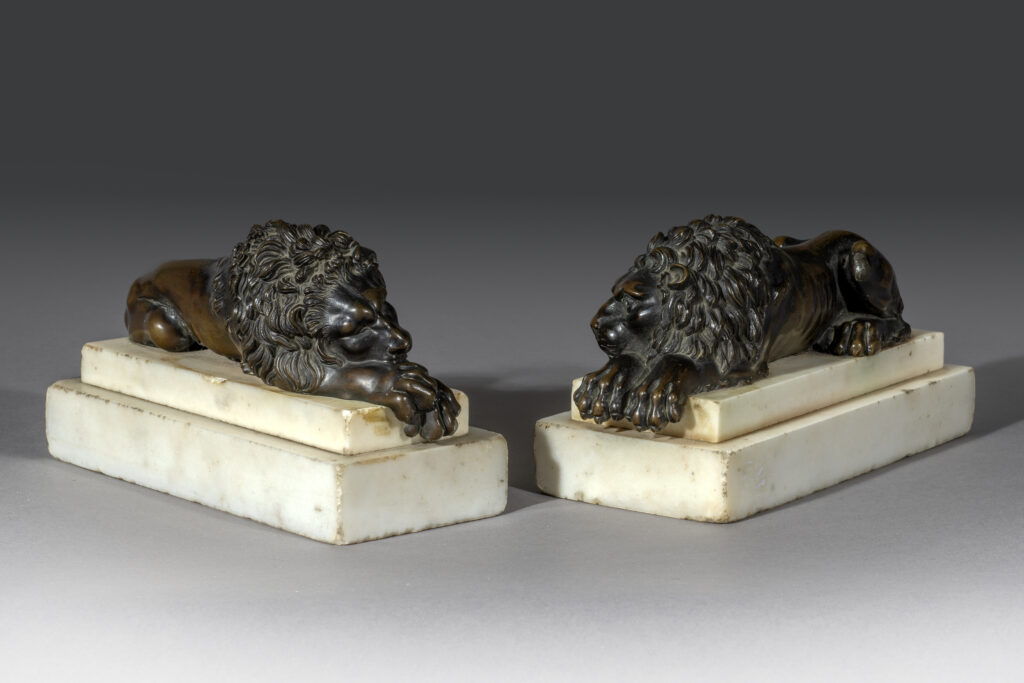 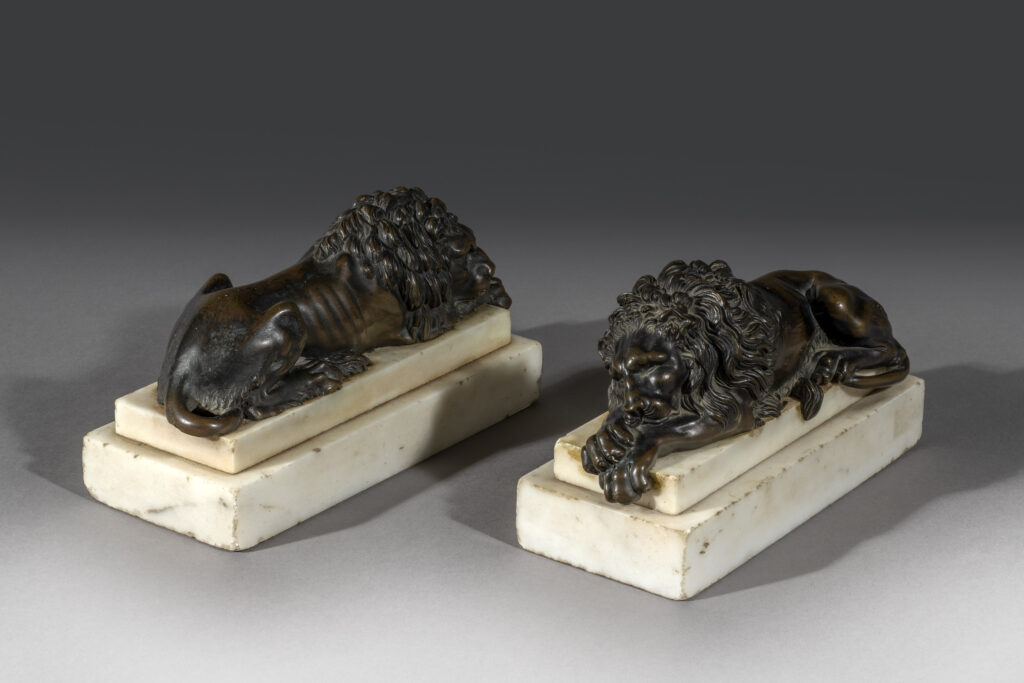 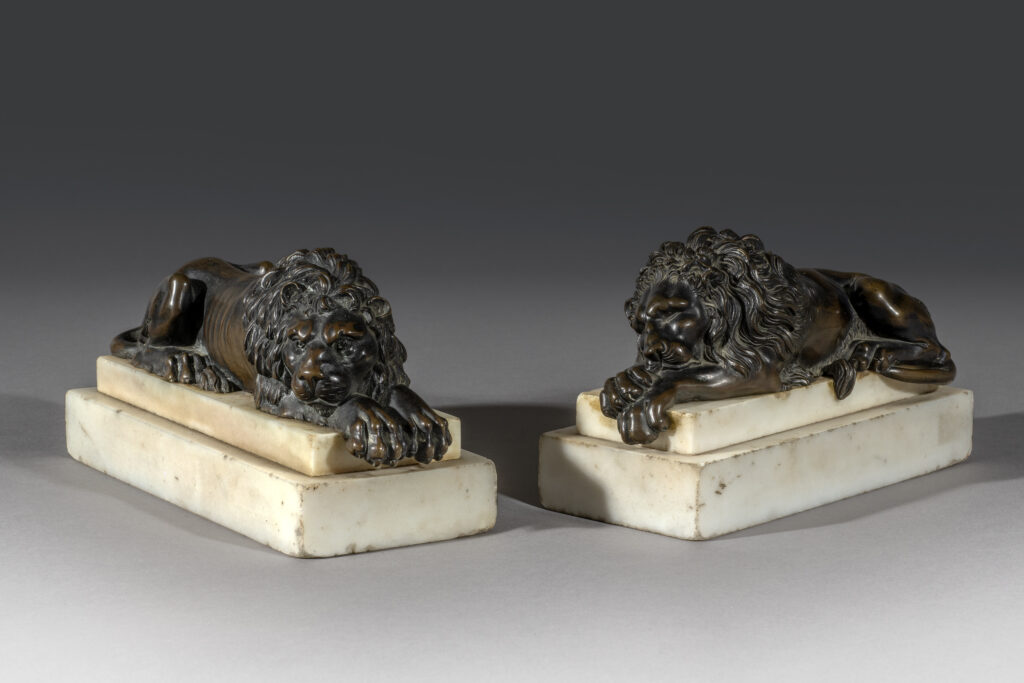 The original Canova Lions were created by the Italian artist, Antonio Canova (1757-1822).
They were created in 1792 as guardians to the monumental tomb of Pope Clement XIII in St.Peter's Bascilia in Rome. The originals were sculpted from Carrara marble; various replicas have been made since in bronze, alabaster and cast iron.
Canova is perhaps the most celebrated of Neo-classical sculptors. He received widespread adulation in his own time and worked for a galaxy of European notables including Napoleon and the Duke of Wellington. His early career was in Venice; he moved to Rome in 1781. His speciality was the reworking of the themes of Hellenistic sculpture, breathing more naturalism into the formulaic postures with an intimate understanding of his material, marble.
In 1823, the 6th Duke of Devonshire commissioned a pair to be made for Chatsworth House. The sleeping lion was carved by Rinaldo Rinaldi; its waking companion by Francesco Benaglian, each weighing 3.5 tonnes.
Later copies of the lions were made in bronze; a pair of these are well known in Washington D.C. as guardians to the Corcoran Gallery. These bronzes were cast from Canova’s in Rome where Washington businessman Benjamin Holladay bought them in 1860 for $6,000 and placed in front of his home. The lions were purchased at auction by the Corcoran Gallery in 1888 and placed at the entrance when it was in Pennsylvania Avenue and Seventeenth Street. They then moved with the gallery to its new location at Seventeenth Street and New York Avenue.
Another rendition of the lions was made by the Val d’Osne foundry near Paris; these were in cast iron. A pair of these can be seen guarding the Town Hall in the Market Square in Aylesbury.
The plaster casts for Antonio Canova’s original two crouching lions are currently in the Gallerie dell’Accademia in Venice. They are made of polished travertine. Pope Clement XIII, for whose tomb they were created, was Venetian by birth. He was born Carlo Rezzonico. The Vatican guide to St.Peter's describes them as 'two superb lions, among the most beautiful creations by Canova…. The one awake, on the left, represents the energetic work of the Pope while the one asleep, on the right, symbolizes his moderation.'
Canova himself donated the studies to the Accademia delle Belle Arti and they were used there as models for the students until relatively recently. These works are very important because they allow us to understand the artistic process of Antonio Canova, from drawings to models and to completed works.
Like another group of preparatory models by Canova, the lions are still on show in the Palladio Wing of the Accademia Galleries.