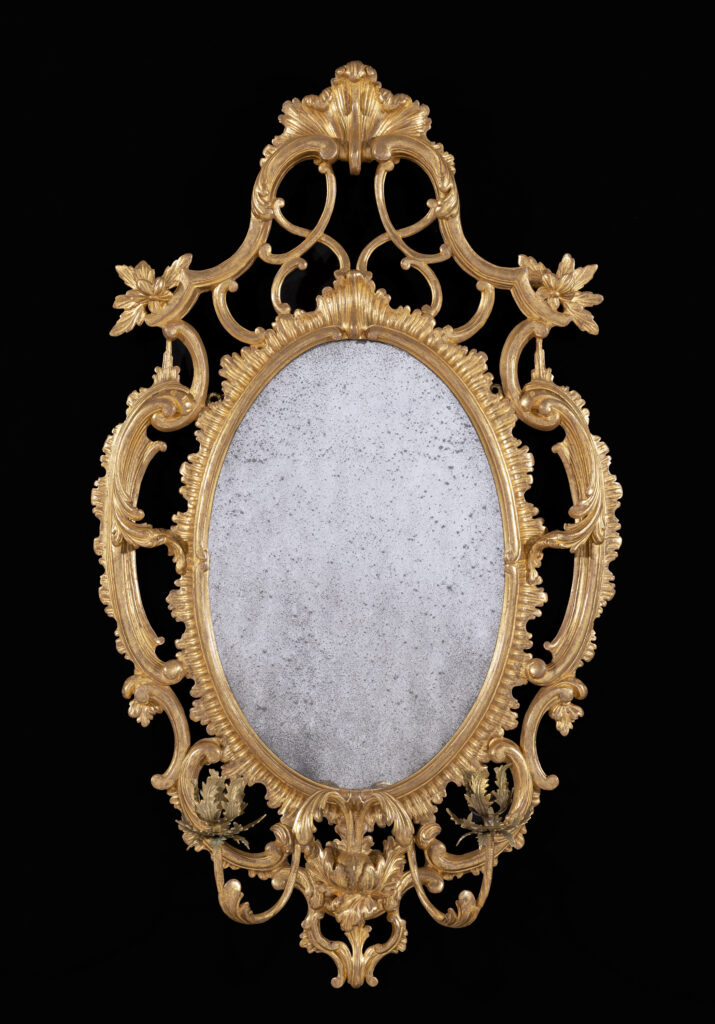 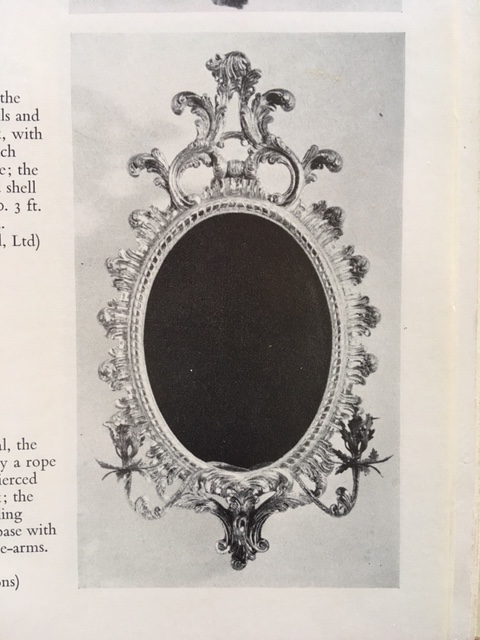 The Dublin based Booker family are best known for their very strictly Palladian mirrors which they produced from the 1750s and were inspired by the designs of William Jones published in his The Gentlemen's or Builders Companion, (1739) containing a variety of useful designs for doors, gateways, peers, pavilions, temples, chimney-pieces, slab tables, pier glasses or tabernacle frames, ceiling pieces etc, (1739). Francis and John Booker were the sons of John Booker Snr 'a looking glass manufacturer' of Essex Bridge. John Jnr and Francis were established at Essex Bridge from 1750. John Booker advertised in both The Hibernian Journal and is Saunder's News-letter and Daily Advertiser, 18-21 November 1774 that:

'John Booker, Looking Glass-seller, Carver and Gilder, No 6 Essex-bridge (who for some years past carried on business with his brother, the late Alderman Booker) begs leave to aquaint the nobility, gentry and the public in general, that he now has ready for sale an elegant assortment of looking glasses of the newest fashion; consisting of square and oval frames, carved and finished in the best burnished gold; oval glass girandoles and London lacquered branches....'

The Bookers are first recorded in Essex Bridge, Dublin in 1715. Francis became the Mayor of Dublin in 1772 although died in the same year and left his brother to carry on in the business alone. A mirror by Francis and John Booker reflecting some elements of the above design is illustrated in J.Peil and the Knight of Glin, Irish Furniture, Yale, 2007, p.146., pl.198 and a mirror which corresponds to this pattern was sold Bonhams Edinburgh, 7 June 2006, lot 214.

Original mercury mirror plate and back board