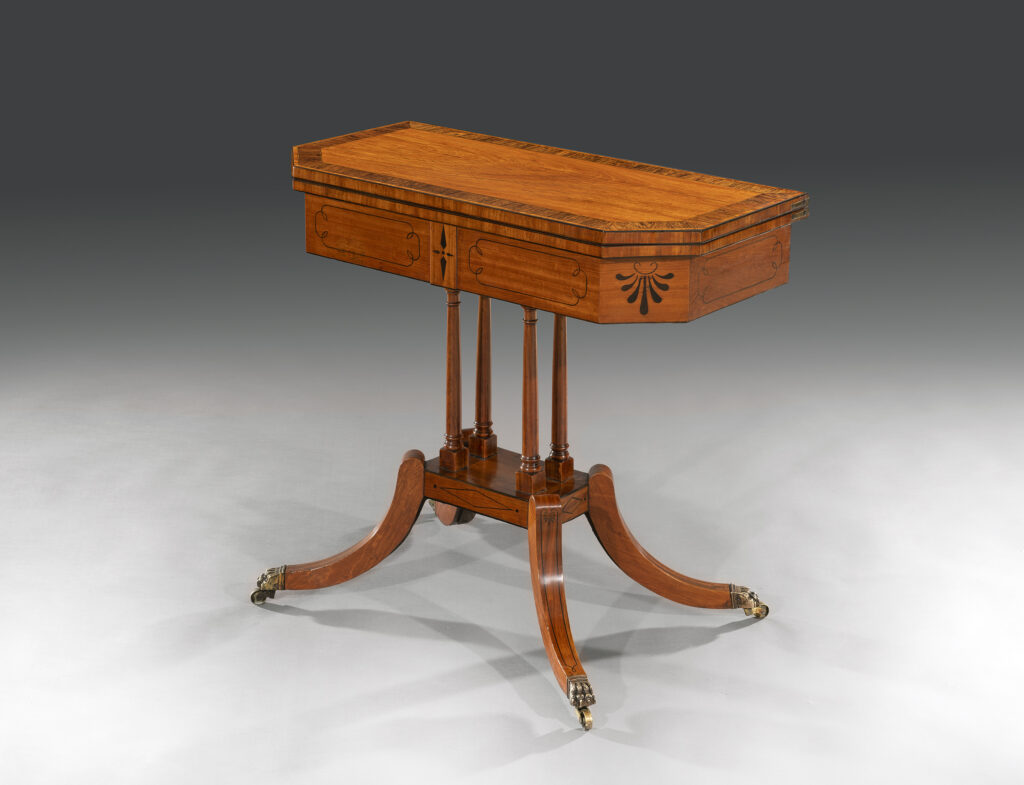 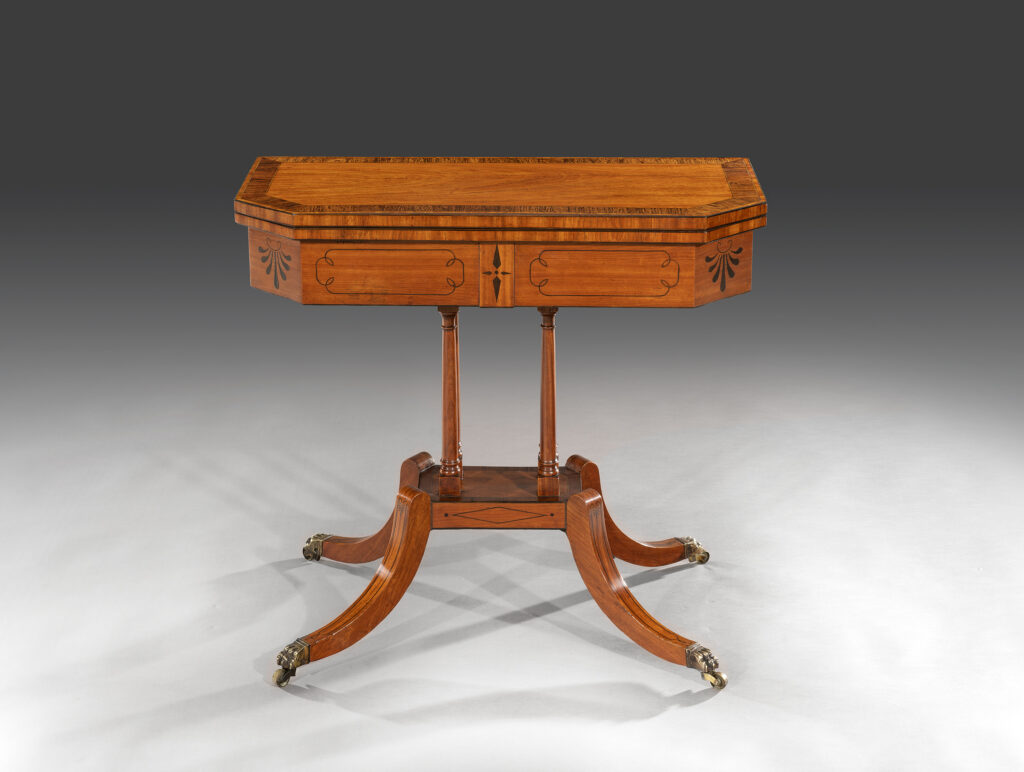 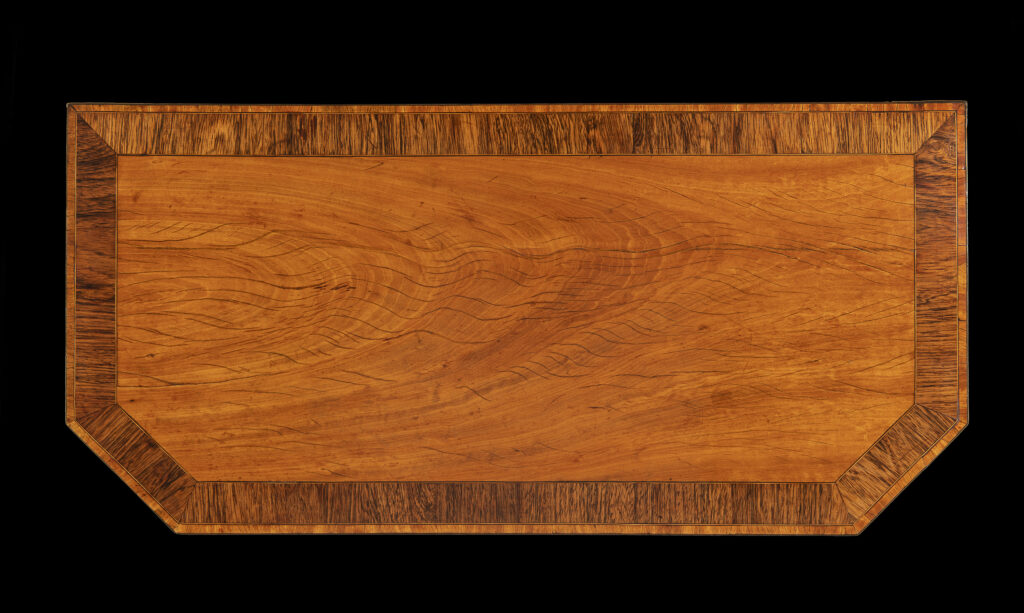 The very generous rosewood banding that crossbands the highly figured satinwood top is shaped with canted corners and sits above a broad and handsome ebony inlaid frieze. The frieze is intricately inlaid with a 'Grecian Style' theme and centralised by a star like motif.

The table top opens and swivels to reveal a green baize playing surface. The top is raised on four finely turned solid satinwood pillars and plinth base.

The plinth base is decorated with ebony inlaid lozenge shapes and polka dots and sits on out swept ebony inlaid legs that terminate on the original brass capped paw feet and castors.

Note:
George Oakley was among the foremost cabinet-makers of his day, with premises in Bond Street, London, and the city. He had a wide and distinguished circle of patrons, including the Prince Regent, for whom he worked on Carlton House. During a career spanning over half a century he supplied furniture for the Mansion House and the Bank of England, as well as private clients such as the banker Thomas Baring, Edward, Lord Lascelles, for whom he worked at Harewood House, Hanover Square, London, and many, many more including Sir Henry and Sir John Sutton Nelthorpe, the 7th and 8th Barons of Scawby Hall.

Excellent with no breaks to the legs or warping. The table has not been re-polished so will have old marks and scratches consistent with its age.

This elegant table, designed the late 18th or early 19th century French Grecian fashion for a Drawing Room window-pier, has its baize-lined games table and a hollowed 'well' concealed beneath a its hinged and turning top.
A related table, but with different supports, was supplied in 1810 for Papworth Hall, Cambridgeshire by the Bond Street cabinet-maker George Oakley (d.1840), who was celebrated in 1801 'as being the most tasteful of the London cabinet makers' (Journal de Luxus und der Moden, Weimar, 1801; and M. Jourdain, Regency Furniture, London, 1965, rev. ed., p. 109). Oakley, who specialised in Grecian style furniture with 'buhl' inlay, had received a royal appointment following a visit from Queen Charlotte in 1799. 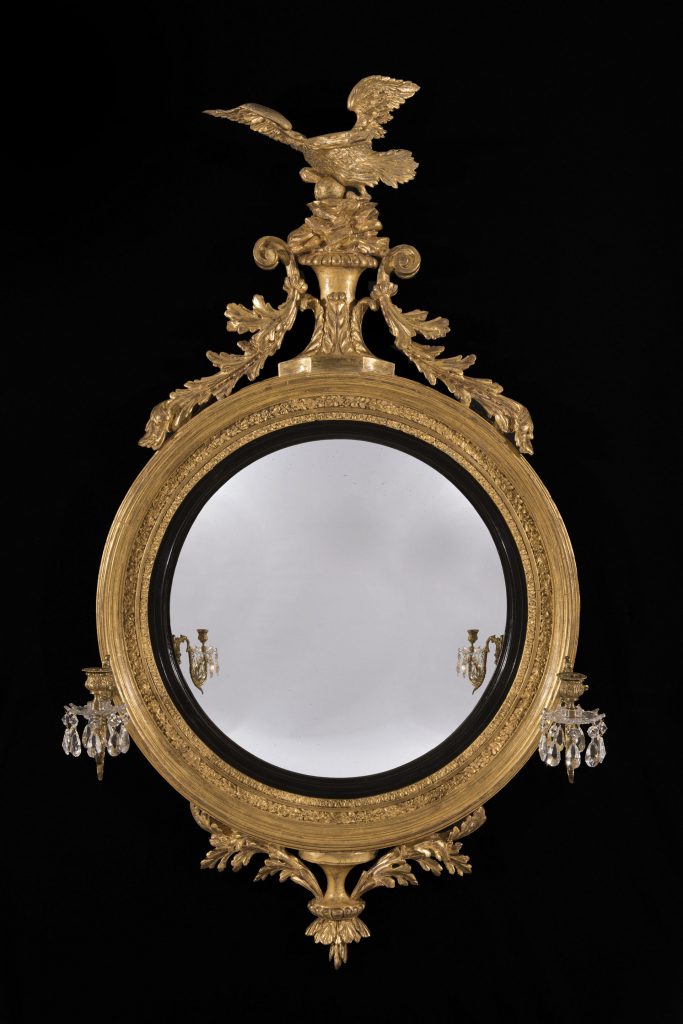 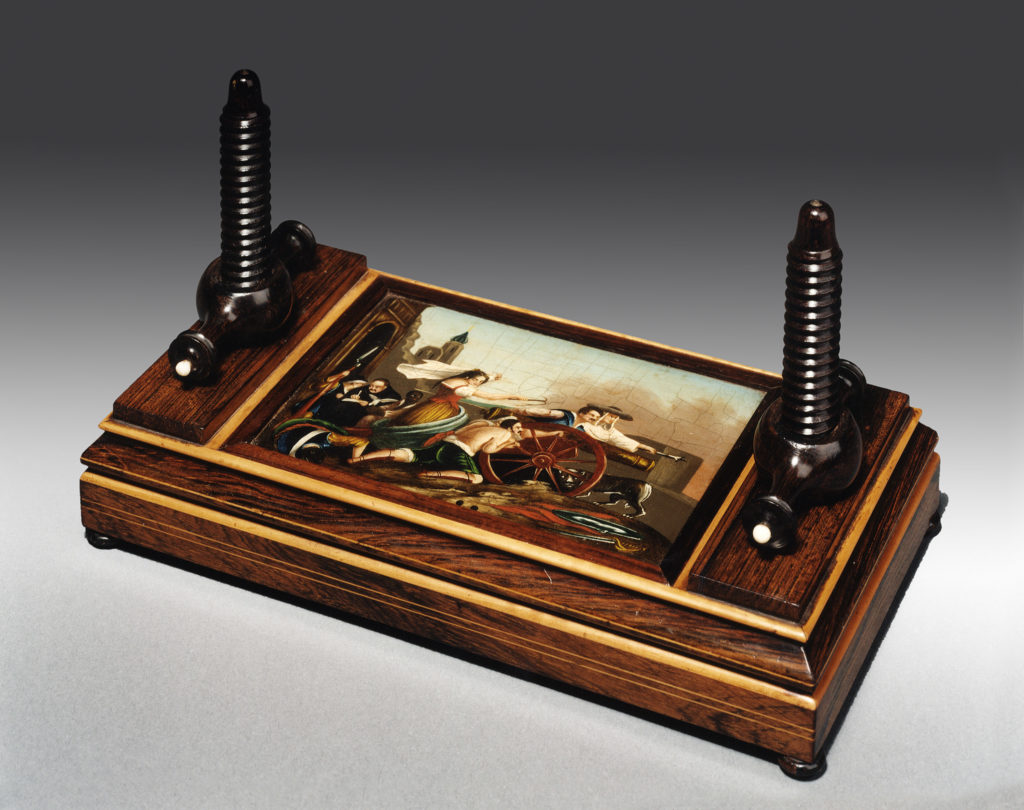 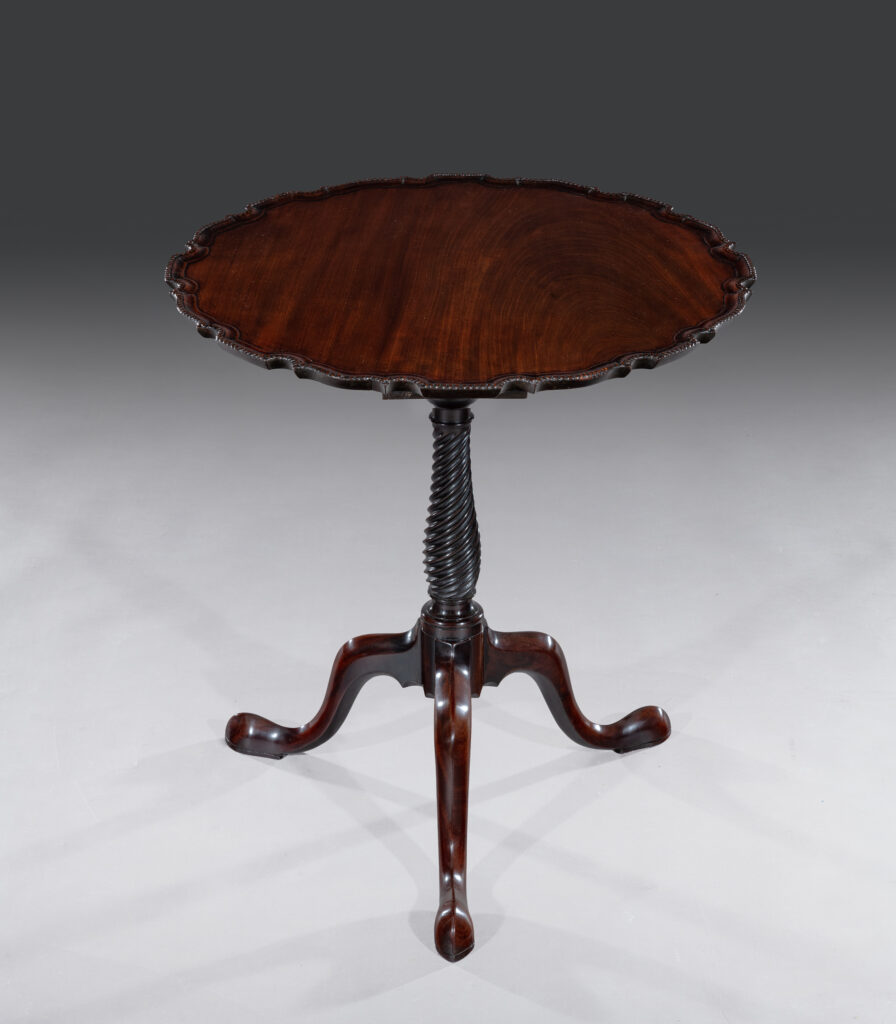