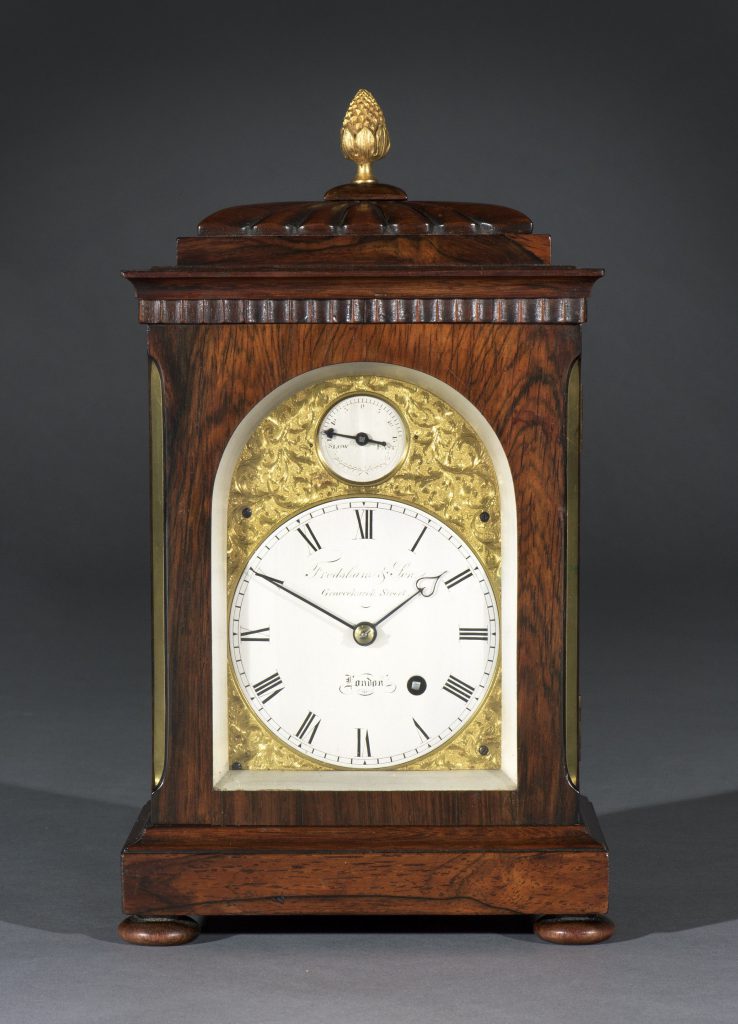 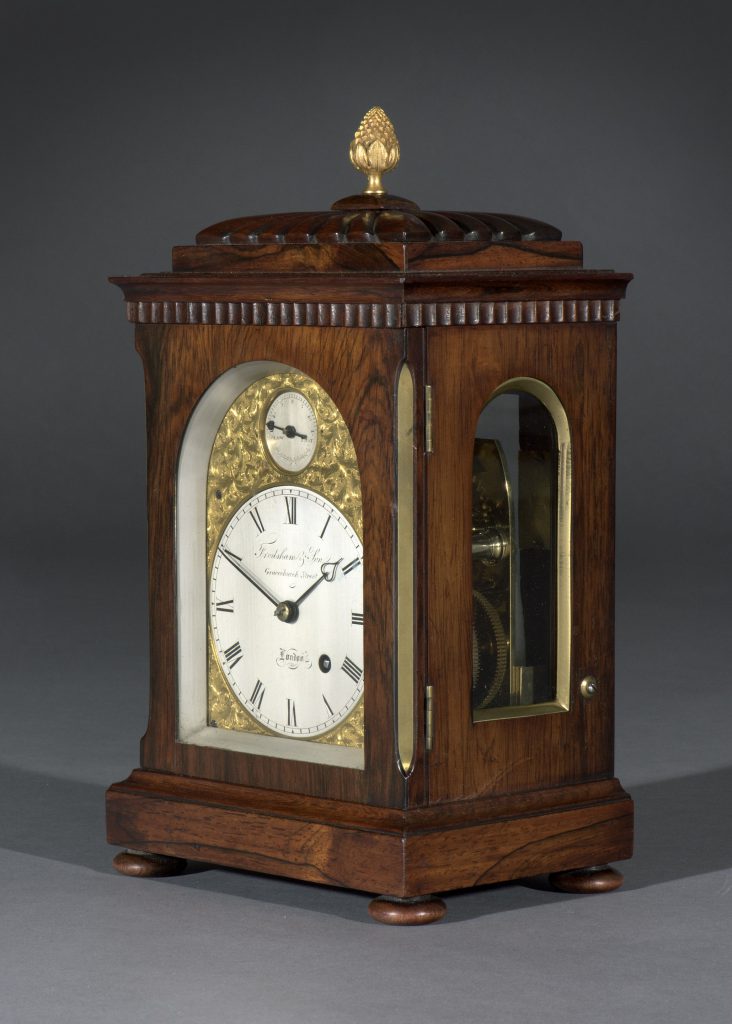 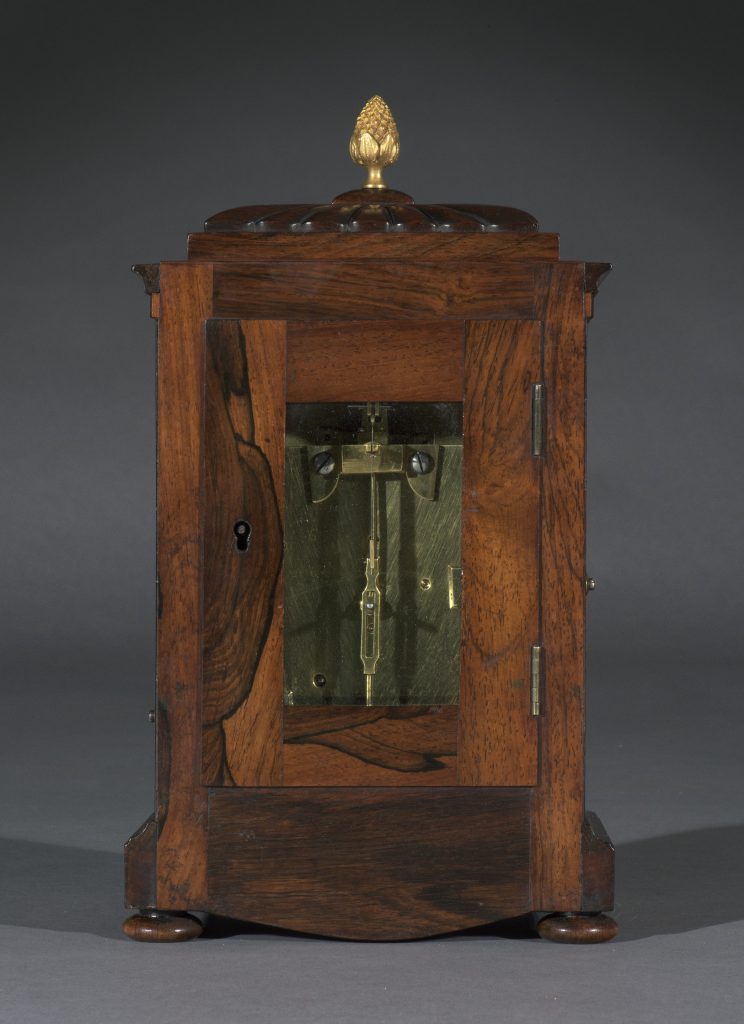 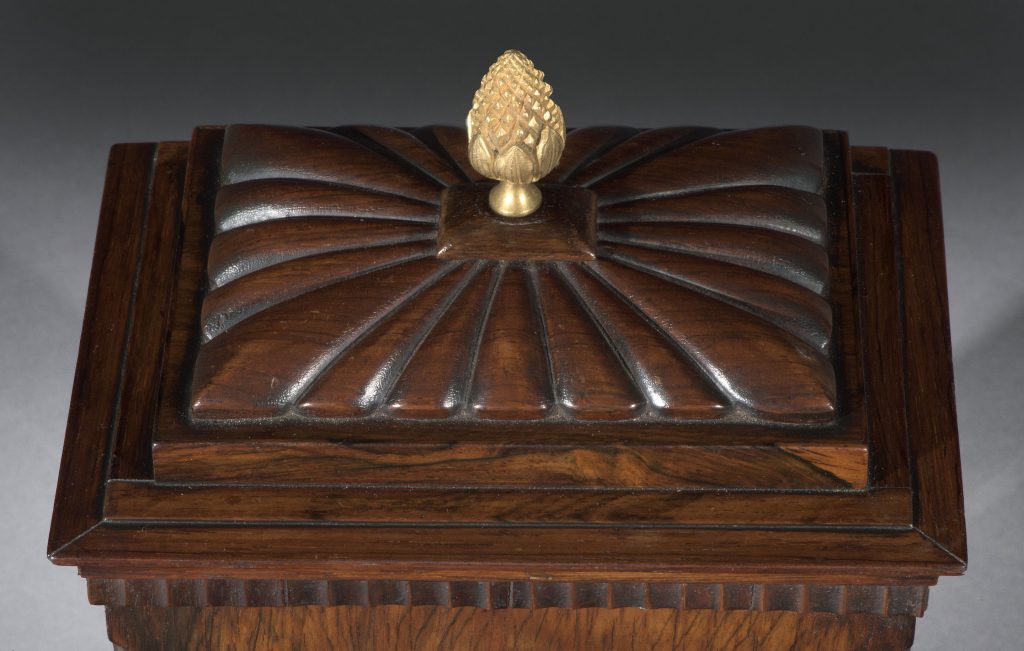 The clock has a four glass rosewood case with a shallow chamfered top with a crisply carved gilt brass finial. Below a gilt break-arch dial is profusely engraved and has a painted chapter signed ‘Frodsham & Sons, Gracechurch Street’ with Roman numerals and a slow/fast dial to the arch.

The clock has a high quality chain-driven single fusee movement with an anchor escapement and Harrison’s Maintaining Power. The case is made with fine rosewood veneers with brass mouldings and stands on turned rosewood bun feet.

Charles Frodsham
Charles Frodsham was the son of William Frodsham, an established London clockmaker. Charles was born on April 15th 1810 and at 14 was apprenticed to his father for 7 years. In 1834, he was made a fellow of the Royal Astronomical Society. He gained an enviable reputation for the manufacture of precision timekeeping and was supplier to the Admiralty and discerning clients worldwide. In 1854 he was granted the Royal Warrant and made keeper of Her Majesty’s clocks. For over 125 years, Charles Frodsham & Co. were responsible for the maintenance of the Royal Clocks and remained the independent clockmakers permitted to have workshops in Buckingham Palace.