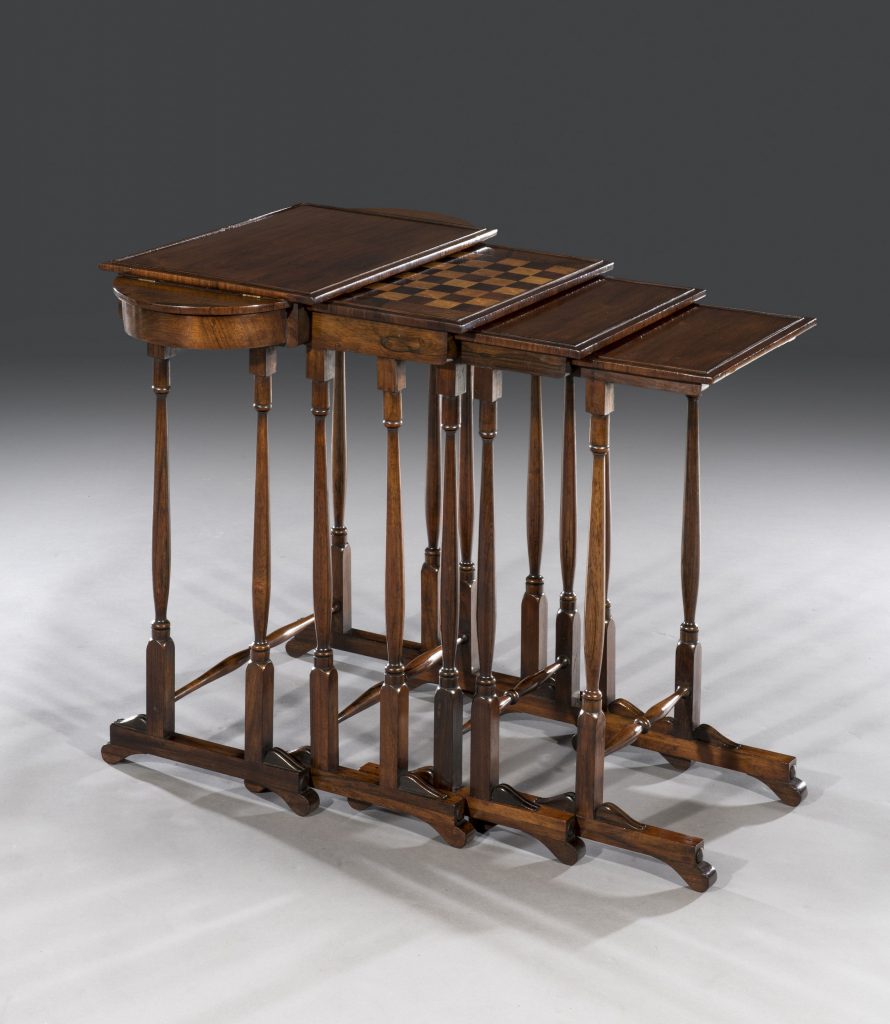 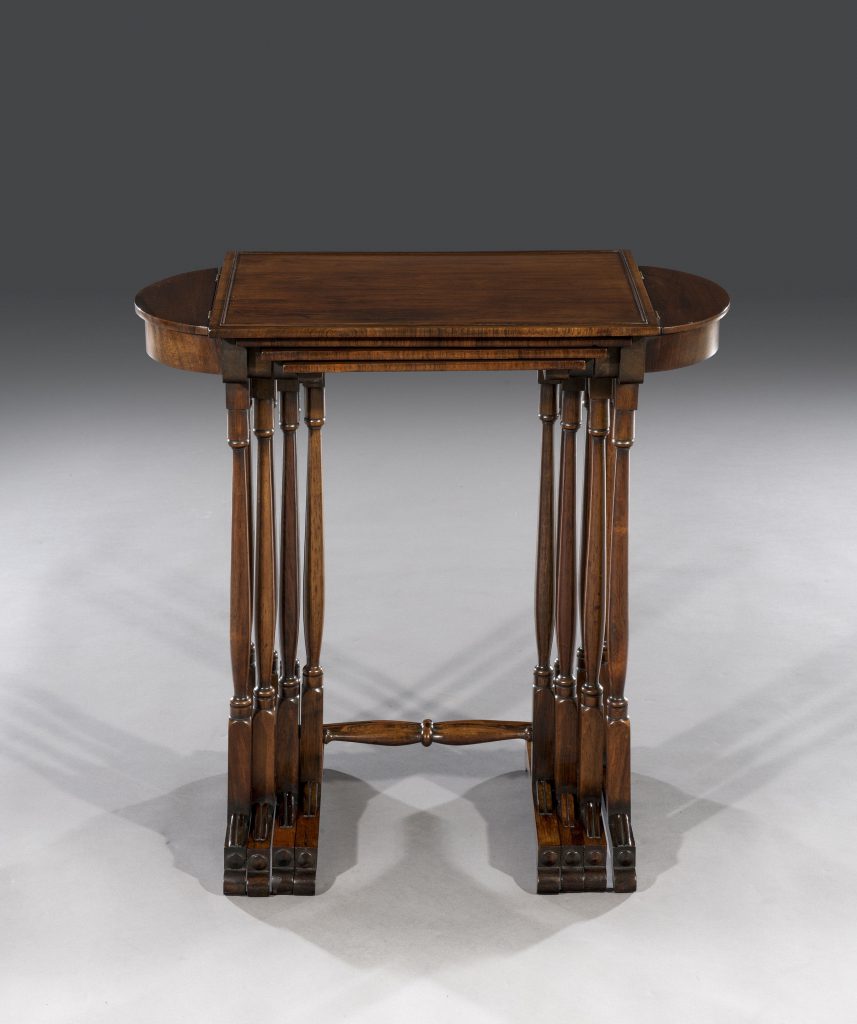 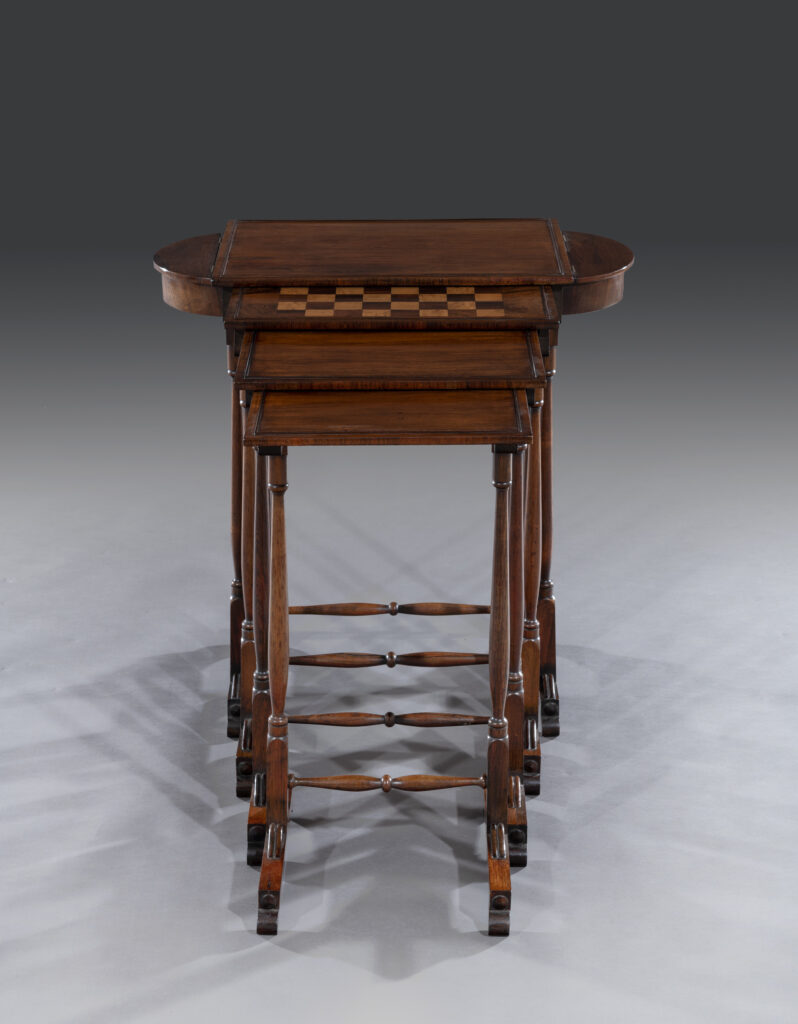 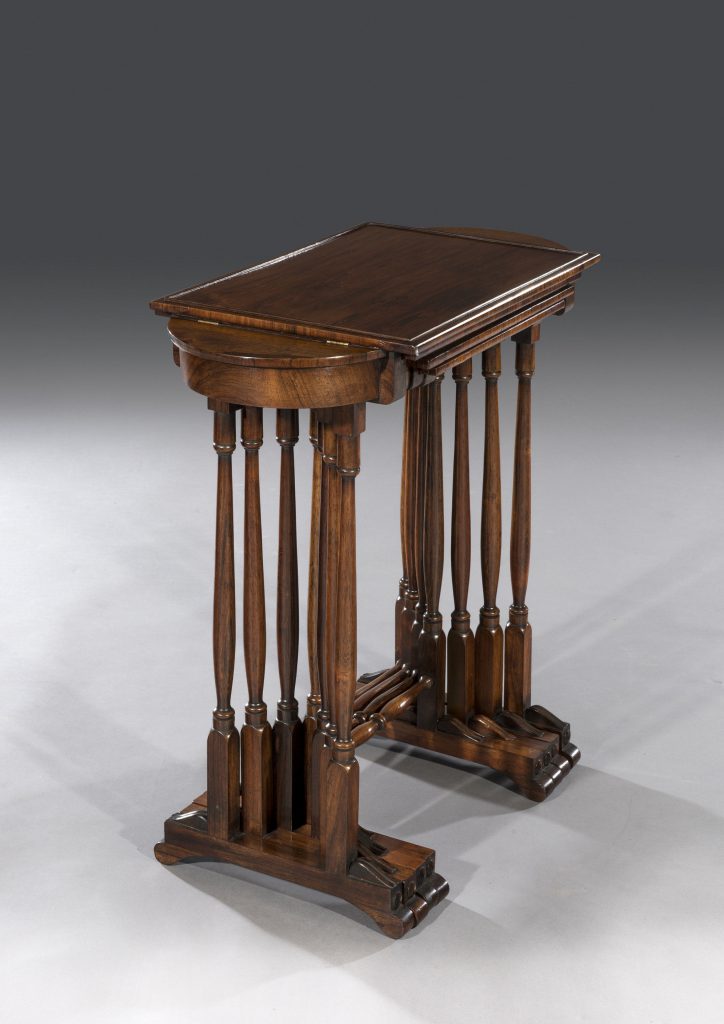 The largest table has a rectangular rosewood veneered top with half-rounded compartments flanking the centre section with three enclosed graduated tables. The quartetto consists of three occasional tables and one chess games table and stands on crisply carved solid rosewood supports and stretchers that sit on carved and scrolled plinth bases.

The sets of quartet tables were first introduced in the late 18th and early 19th century. The later half of the nineteenth century saw nests of three tables. The tables often featured a games table with in the set. The games table was a inlaid chess board for chess and back gammon. Some quartetto tables had the compartments fitted for the games pieces to be stowed away.