We have moved out of the shop in Bradford on Avon and our showrooms are open by appointment. 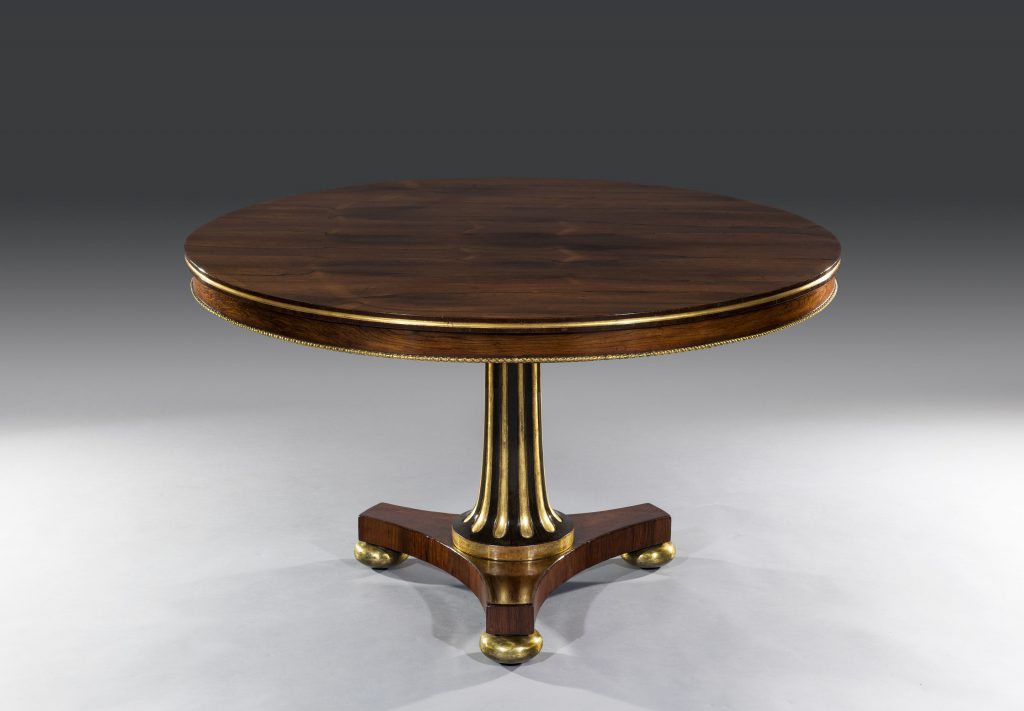 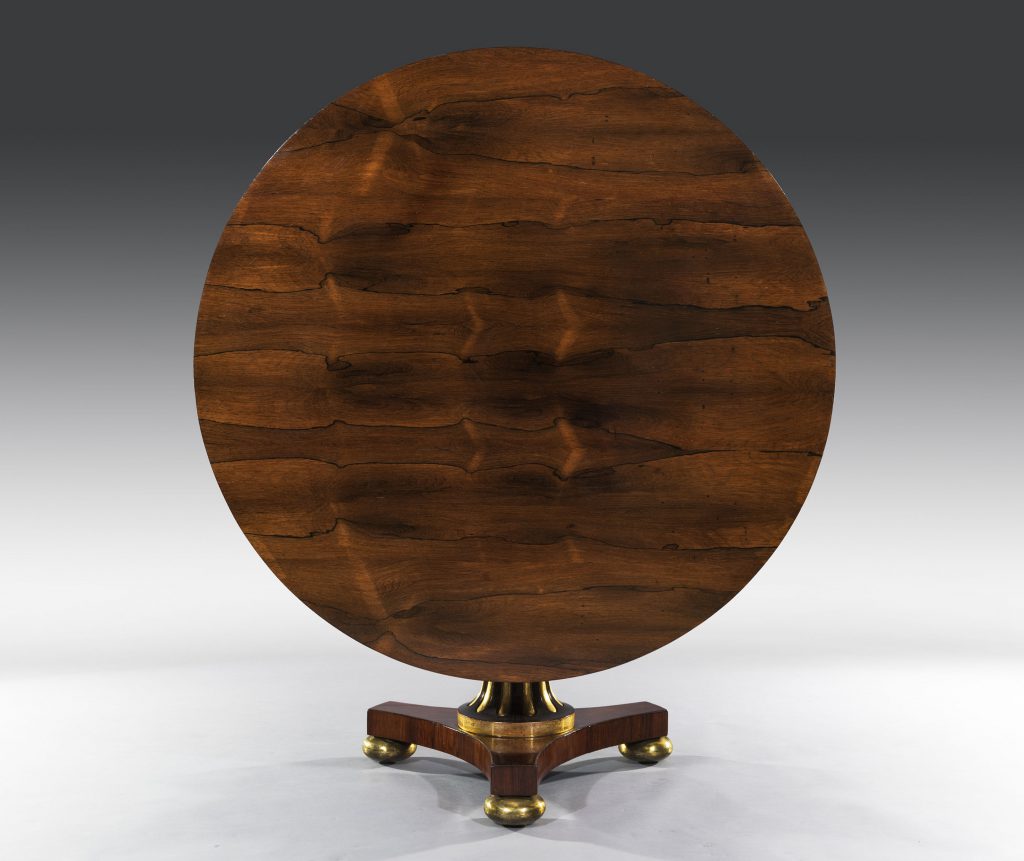 In the manner of Henry Holland, Furniture Designer

The table is in the manner of Taprell and Holland, they were founded in 1803 by Stephen Taprell and William Holland, a relation of the architect Henry Holland, the firm soon became one of the largest and most successful furniture making companies in the 19th Century. The firm worked extensively for the Royal Family, being granted the Royal Warrant early in the reign of Queen Victoria, hence taking a leading part in the decoration and furnishing of Osborne House, Sandringham, Balmoral, Windsor Castle and the apartments of the Prince and Princess of Wales at Marlborough House. Holland and Sons also worked extensively for the British Government, for whom they executed over three hundred separate commissions, including the Palace of Westminster, the Victoria and Albert Museum, and oversaw the State funeral of the Duke of Wellington. Among their private commissions the firm produced a celebrated suite of bedroom furniture for the late Sir Harold Wernher at Luton Hoo. Always at the forefront of fashion, Holland & Sons employed some of England’s leading designers and participated in all of the International Exhibitions of 1851, 1855, 1862, 1867, 1872 and 1878. 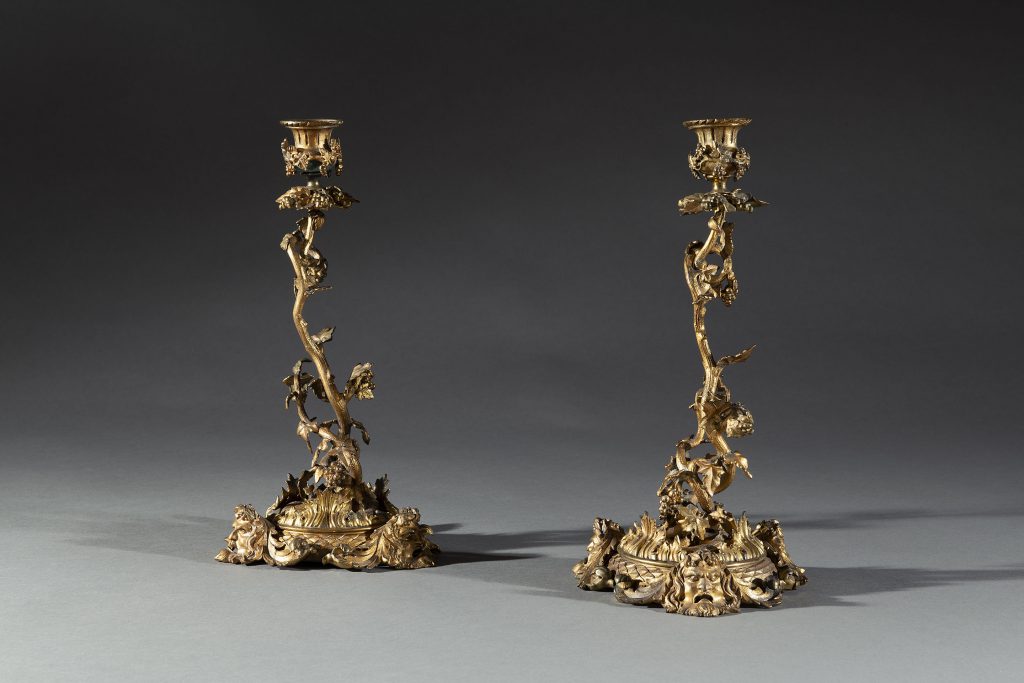 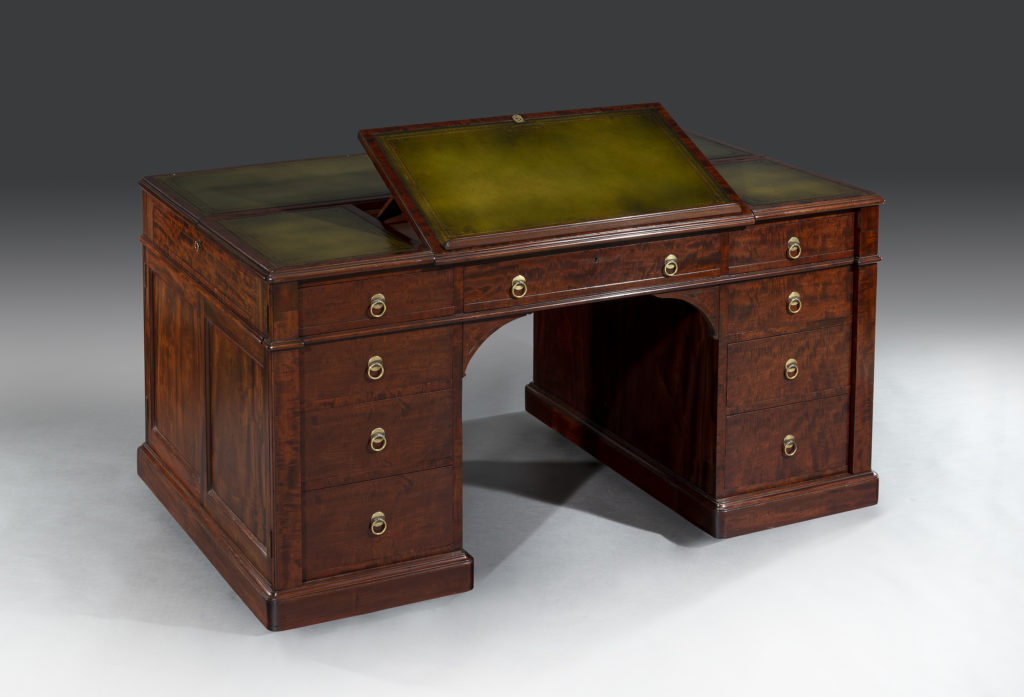 Exceptionally Rare “Fiddleback” Mahogany Desk Made by Gillow of London 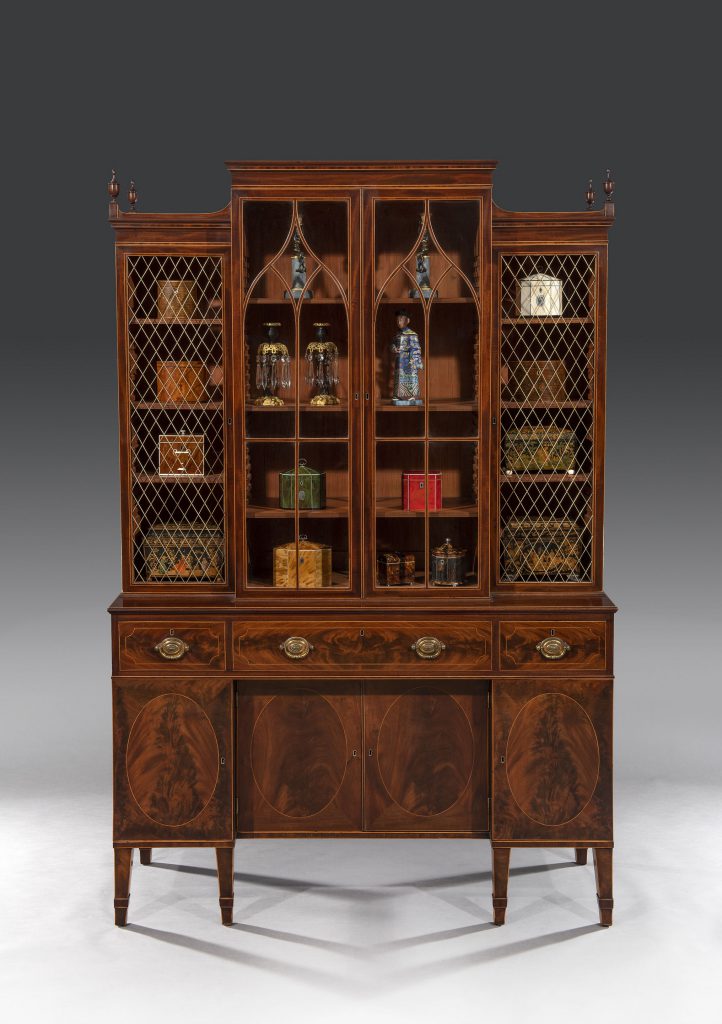