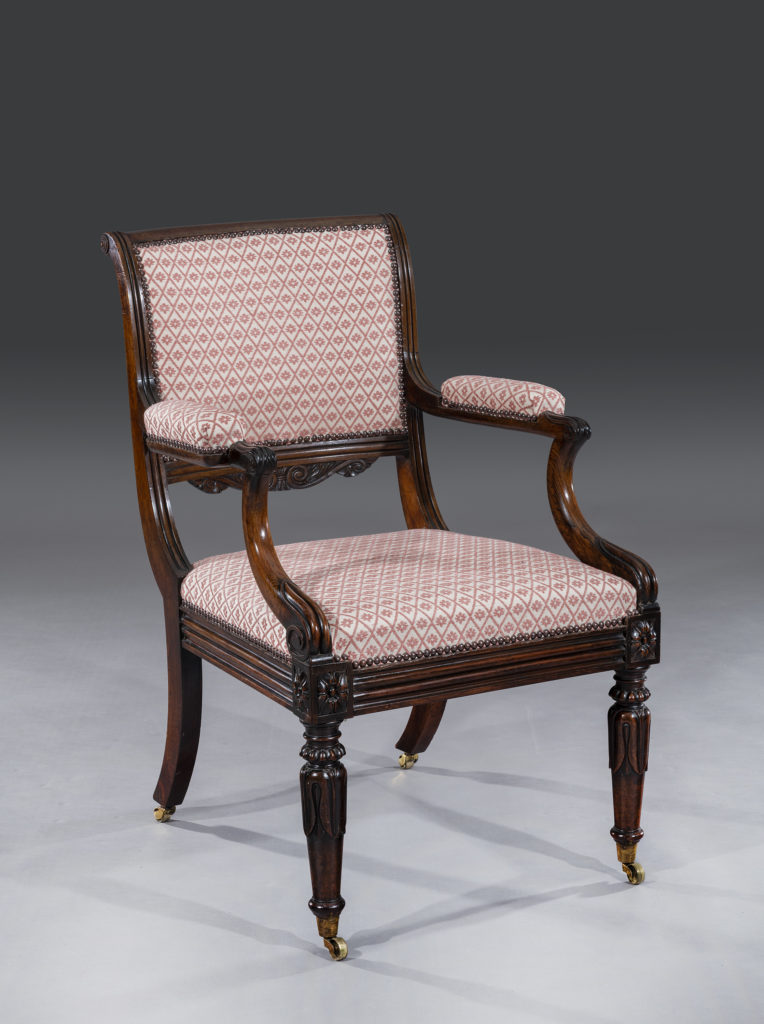 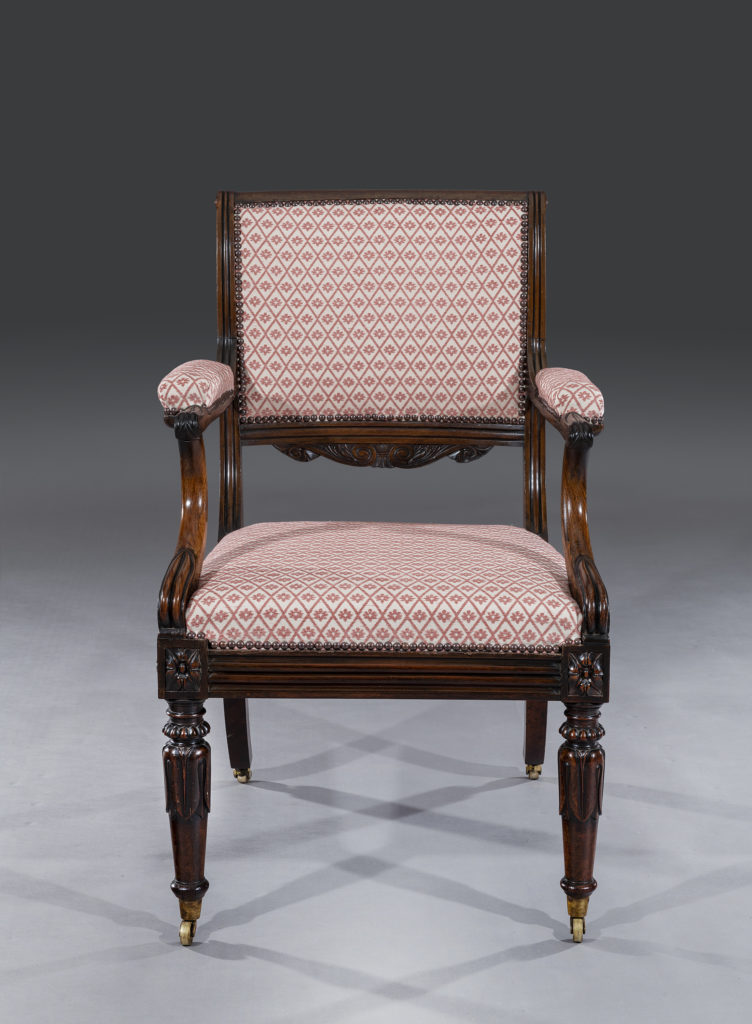 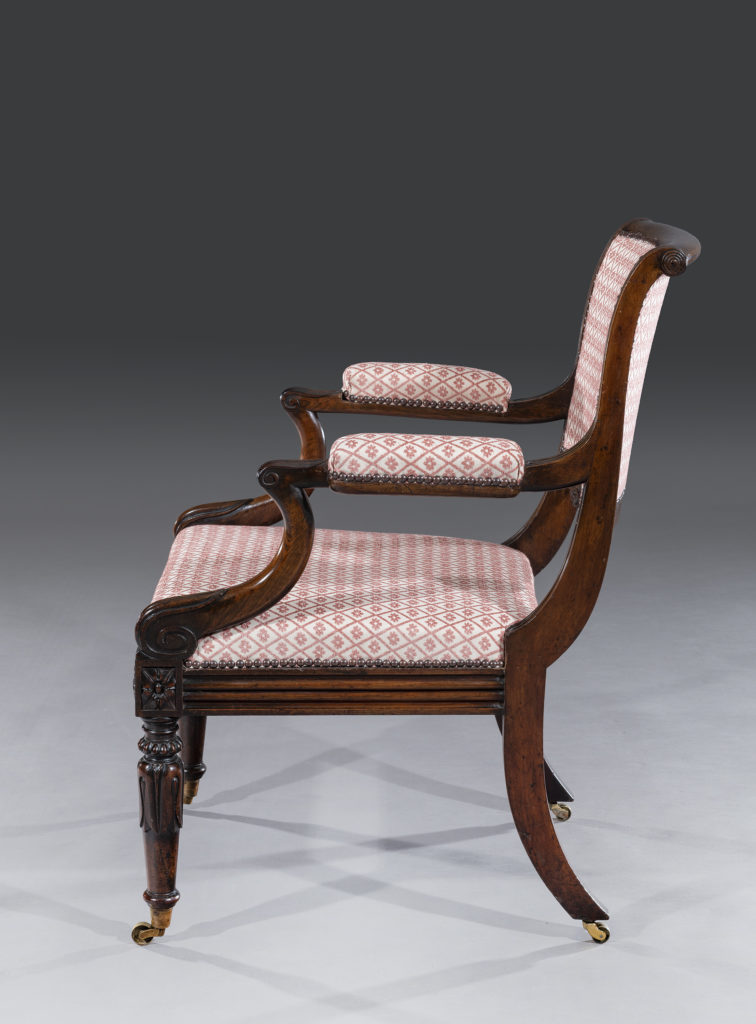 The carved rosewood seat has recently been re-upholstered and is decorated through-out with neo-classical features and the chair is solid and elegant in design. 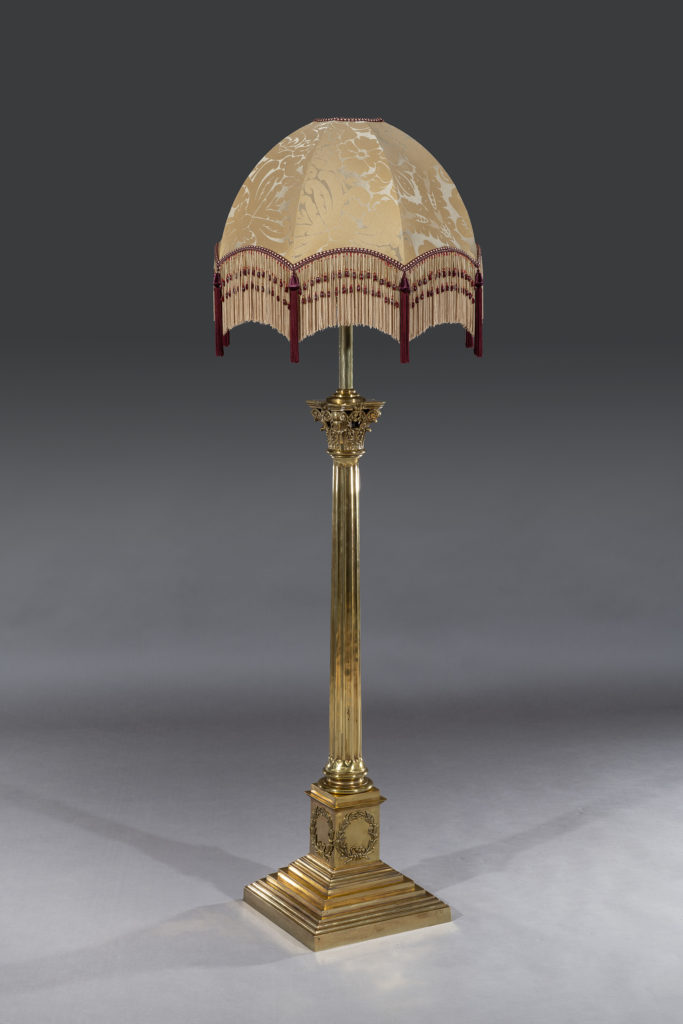 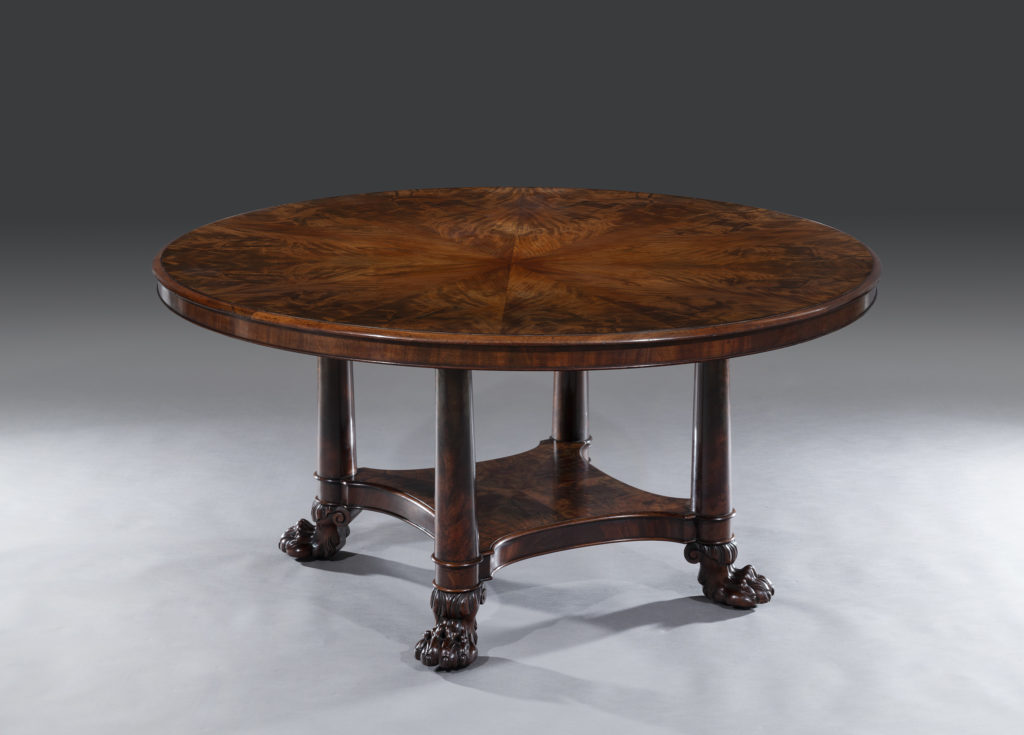