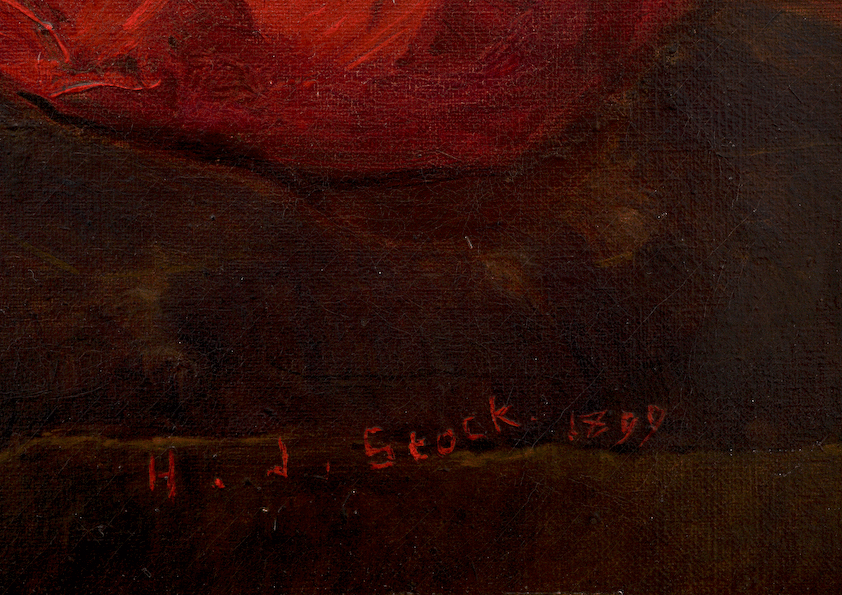 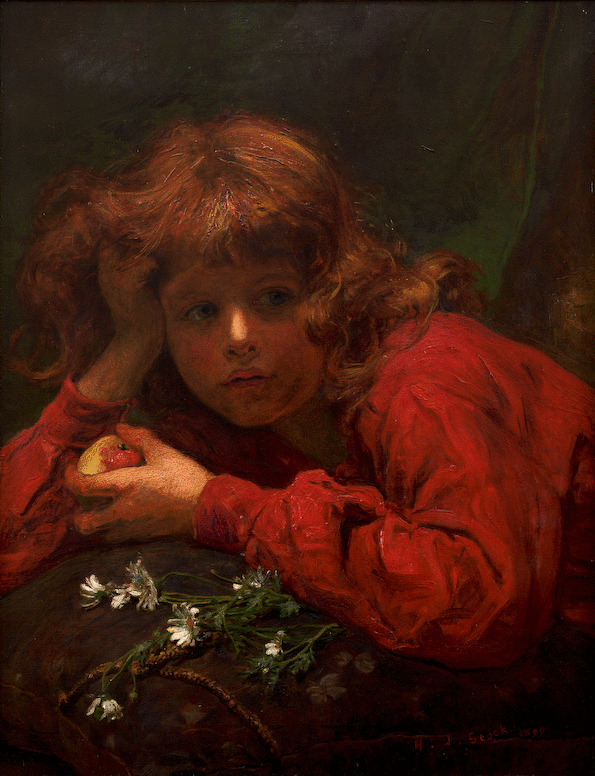 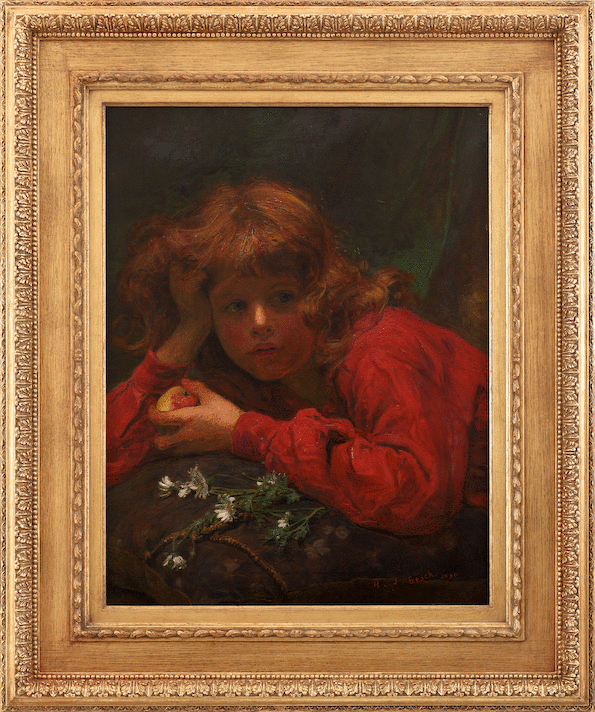 Henry John Stock was born in Soho, London on 6 December 1853. Incredibly, after suffering a period of blindness as a child, he was sent to study at St. Martins School of Art, later gaining admission to the Royal Academy School, London. He worked firstly as a portrait artist, but clearly influenced by the work of William Blake, and above all, George Frederick Watts, he became best known as a ‘Symbolist’ using biblical or classical subjects in his paintings. He exhibited at The Royal Academy between 1874 and 1910 and became RI in 1880. This work, painted at the height of his powers, is possibly his best work, and was exhibited at The Royal Academy in 1901. ‘Dreaming’ shows us Stock’s vision of ‘Eve’ portrayed as a beautiful, pre-pubescent girl with a ripe apple clutched in her left-hand, representing temptation, juxtaposed with the white flowers symbolizing her innocence and vulnerability, the ultimate sin still to be enacted. In 1909 Henry Stock left London for Felpham in Sussex, where he died on 4 November 1930.