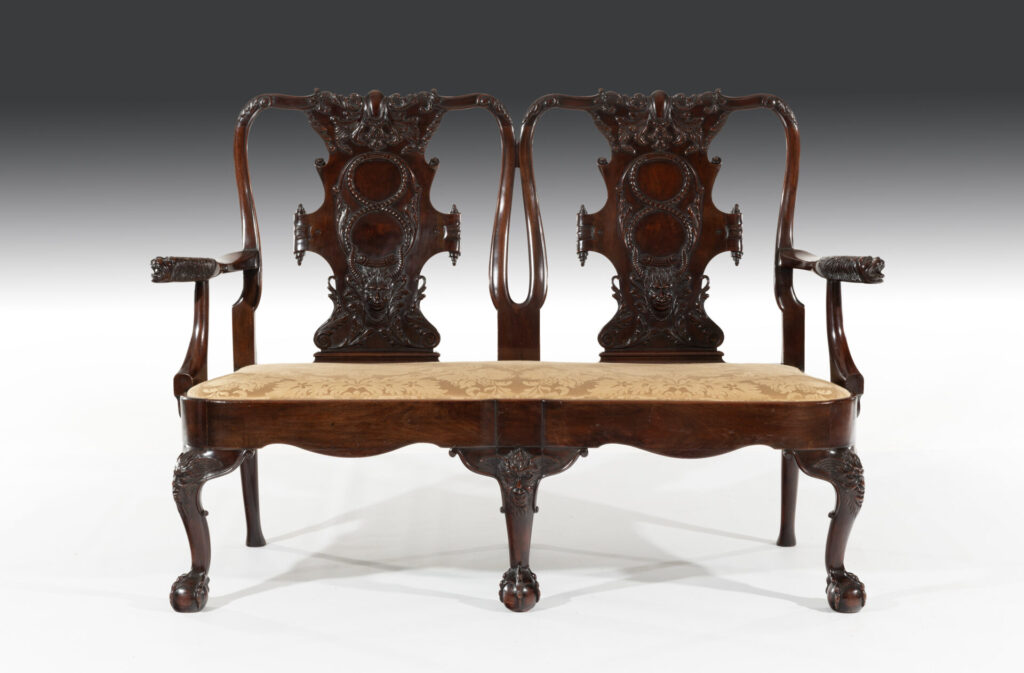 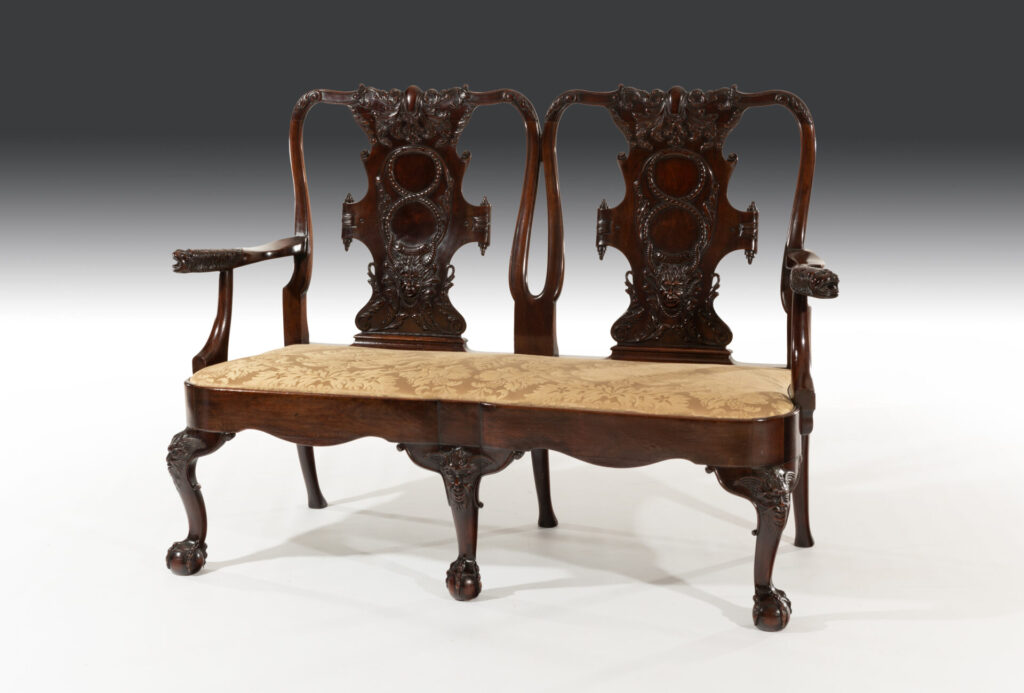 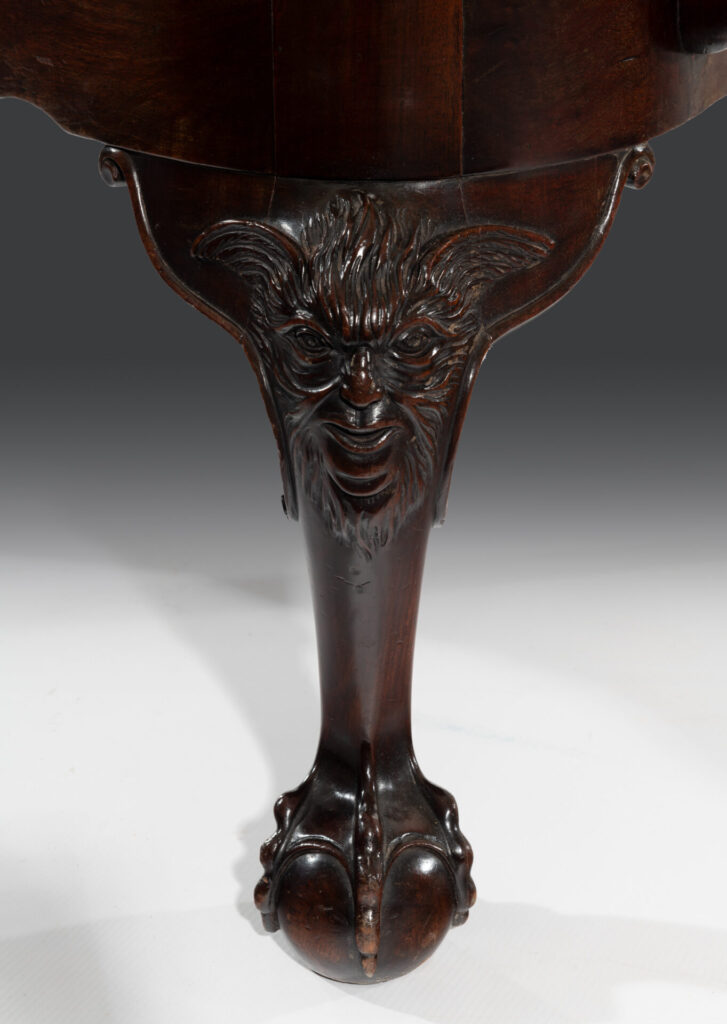 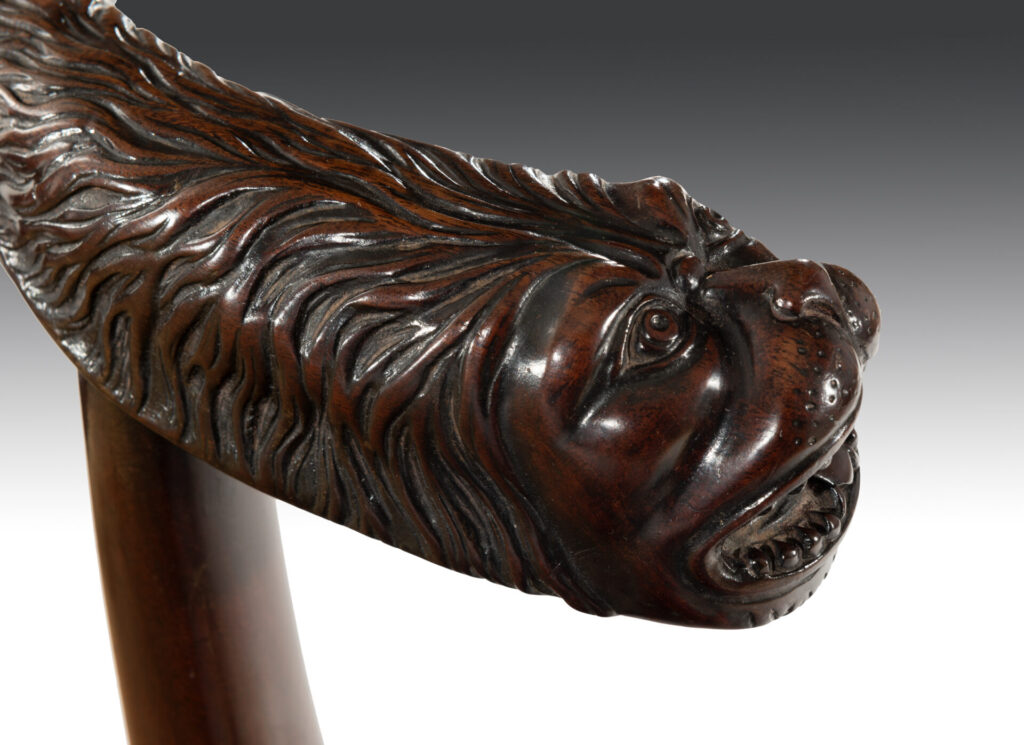 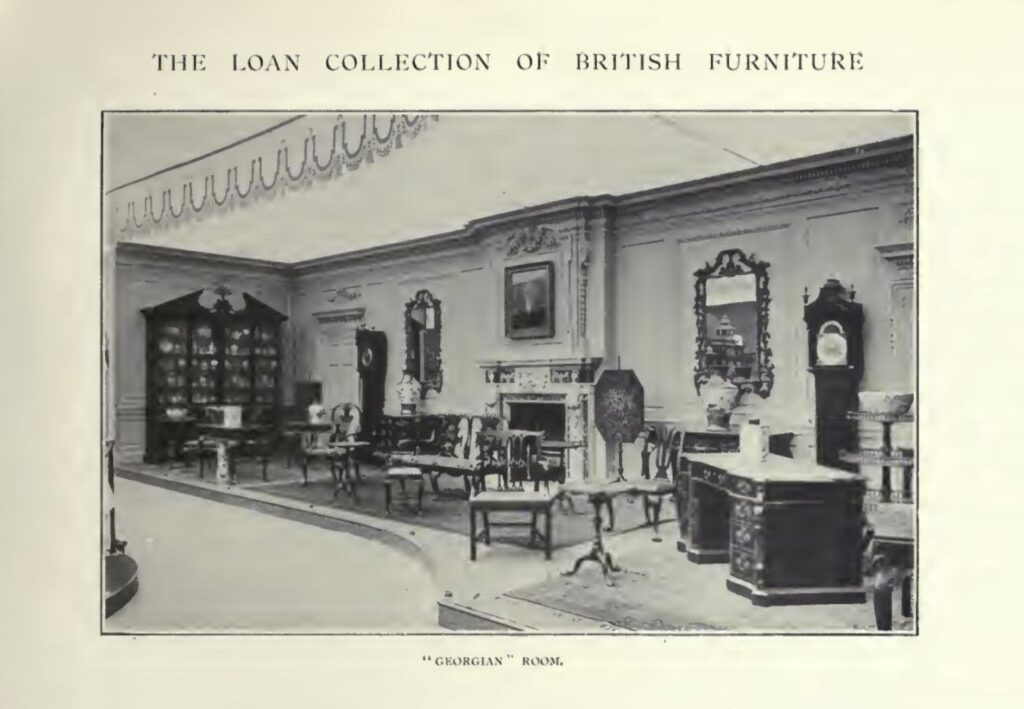 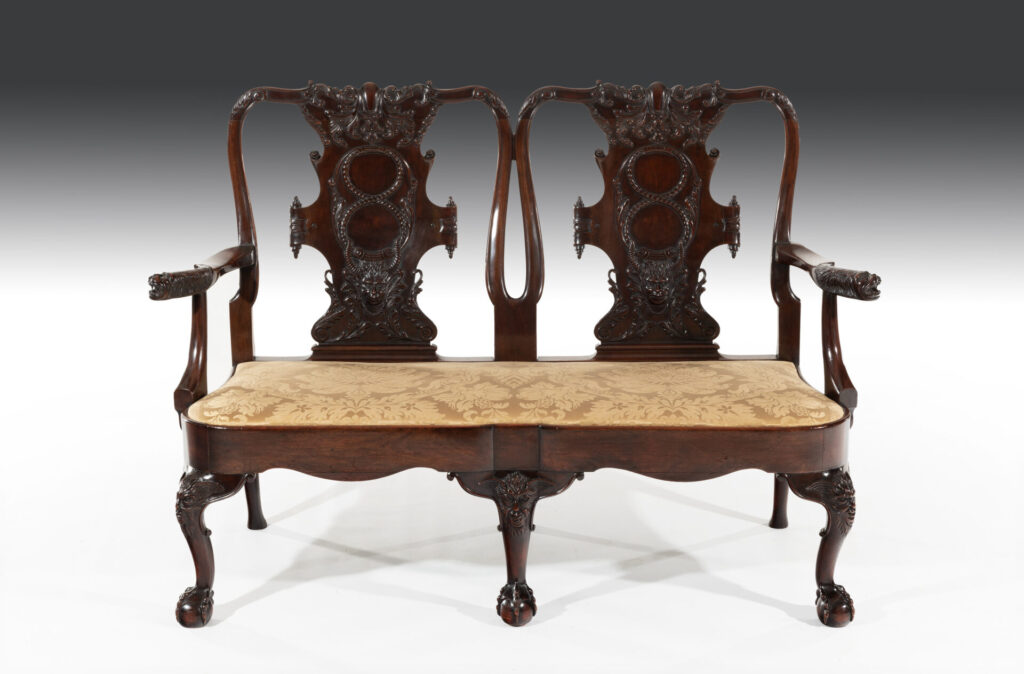 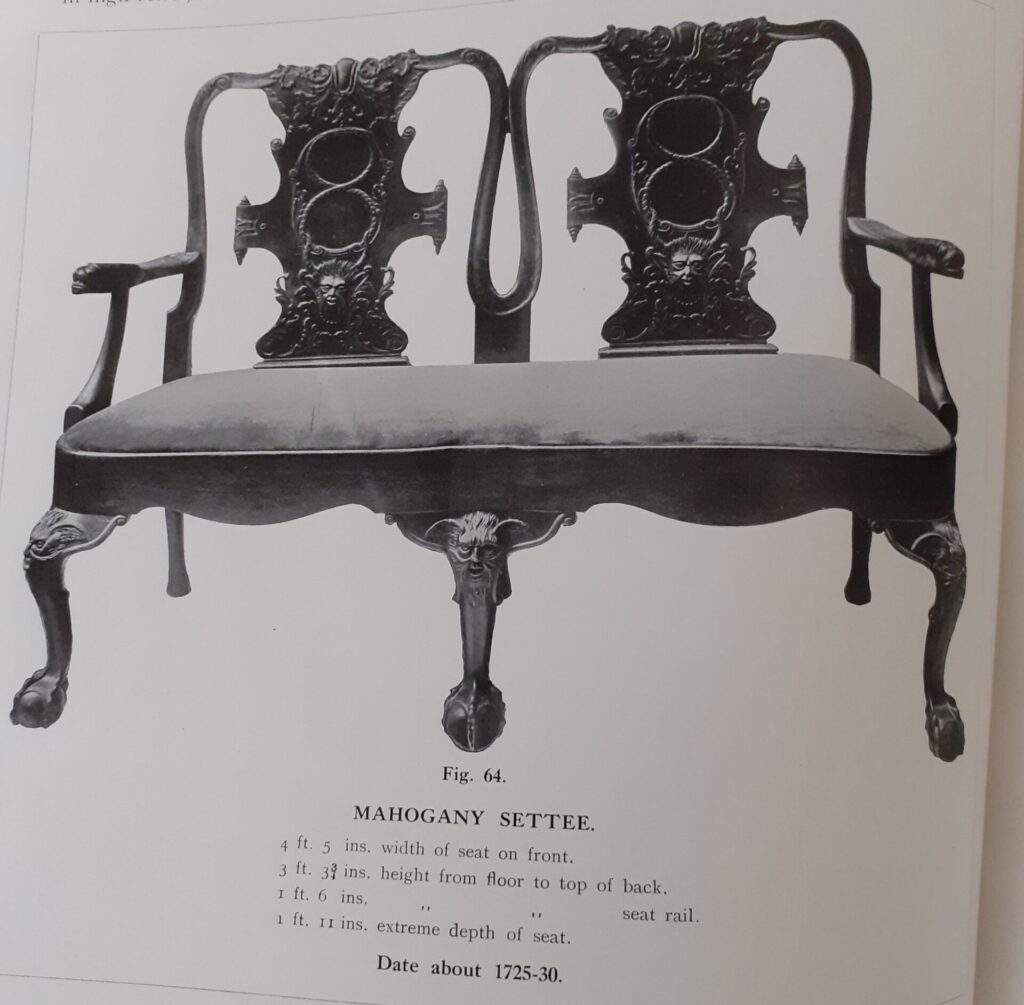 The top rail is worked with harebells and foliage above generously sized solid mahogany back splats that are elaborately covered with a delicate tracery of a distinctly foreign influence. The mythical mask is in full relief and is placed low to avoid discomfort to the sitter. The splats are concave and graceful with out-stretched arms that are finished in lions' heads.

The drop-in seat has recently been re-upholstered in a gold damask fabric and sits above a deep mahogany frieze.

The work of James Hicks, from Dublin, is the antithesis of modernism. Renowned for his use of exotic woods, astounding marquetry and a profound interest with Chippendale, Adams and Sheraton styles, Hicks opened his workshop in 1894. Worldwide royal patronage followed and the firm won many famous commissions.

Hicks won many awards - notably the Aonach Tailteann in 1928. This satinwood display cabinet won a silver medal at the Royal Dublin Society Spring show in 1934, and the satinwood table dating 1929 was one of several pieces, which represented Ireland’s craftsmanship at the New York World Trade Fair in 1939. The President and Chairman of the fair sent a certificate to the Hick’s firm conveying their appreciation of the substantial contribution which Hick’s exhibit had made towards the success of the fair. Hick's received ultimate professional recognition when one of his tables from 1929 was posthumously chosen to represent Ireland in the 1939 New York World Trade Fair. Hick sadly died in 1936, never gaining the opportunity to receive this accolade in person.

A specific influence has been traced to the late 18th-century cabinet-maker William Moore, who moved to Dublin in 1782 after training in London with the firm of Ince and Mayhew.

The son of a chair-maker, James Hicks was born in Dublin and after serving an apprenticeship in London he returned to open premises in his native city on Lower Pembroke Street in 1894. His success appears to have been rapid; in 1903, Princess Victoria, daughter of Edward VII, bought a number of his pieces - the king himself is also supposed to have purchased a set of chairs - and two years later the newly-married Crown Princess of Sweden ordered Hicks's furniture for her palace in Stockholm. In 1928, Hicks was commissioned to furnish the Dail and Seanad in Leinster House and he refurnished Cabinteely House after 1933 for Joe McGrath.

The same or extremely similar settee can be seen illustrated in the black and white archive image of a room setting. That same settee was the centrepiece of a major International exhibition in 1908 and is illustrated in the catalogue. It was actually featured in one the International Exhibitions of the early 20th century when exhibited by Malletts. It was also mentioned in an article in Connoisseur at the time.