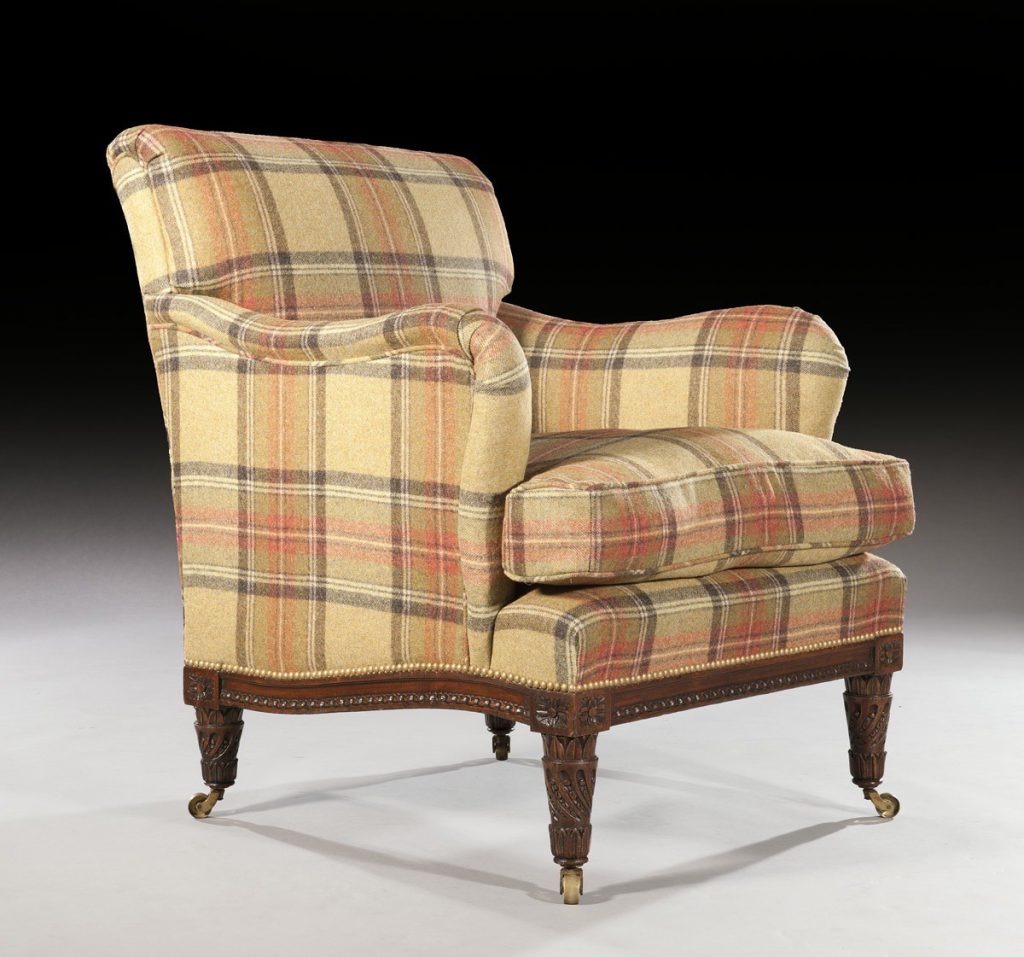 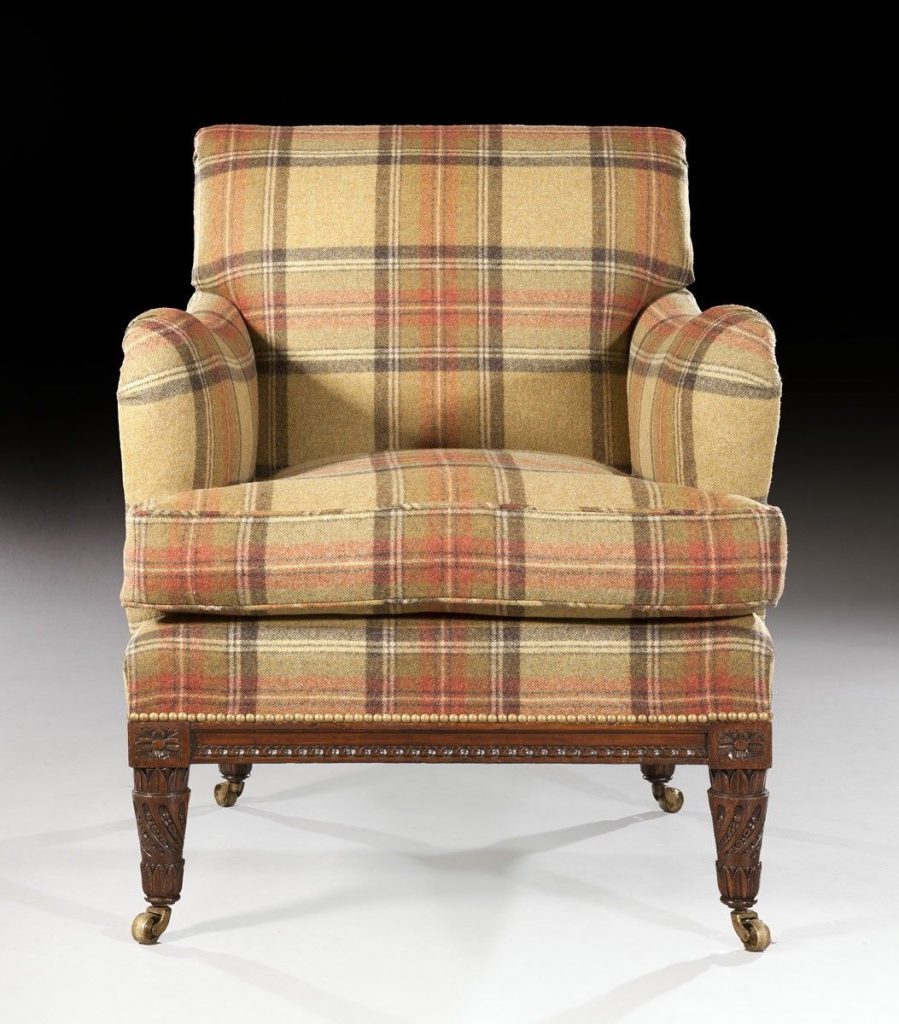 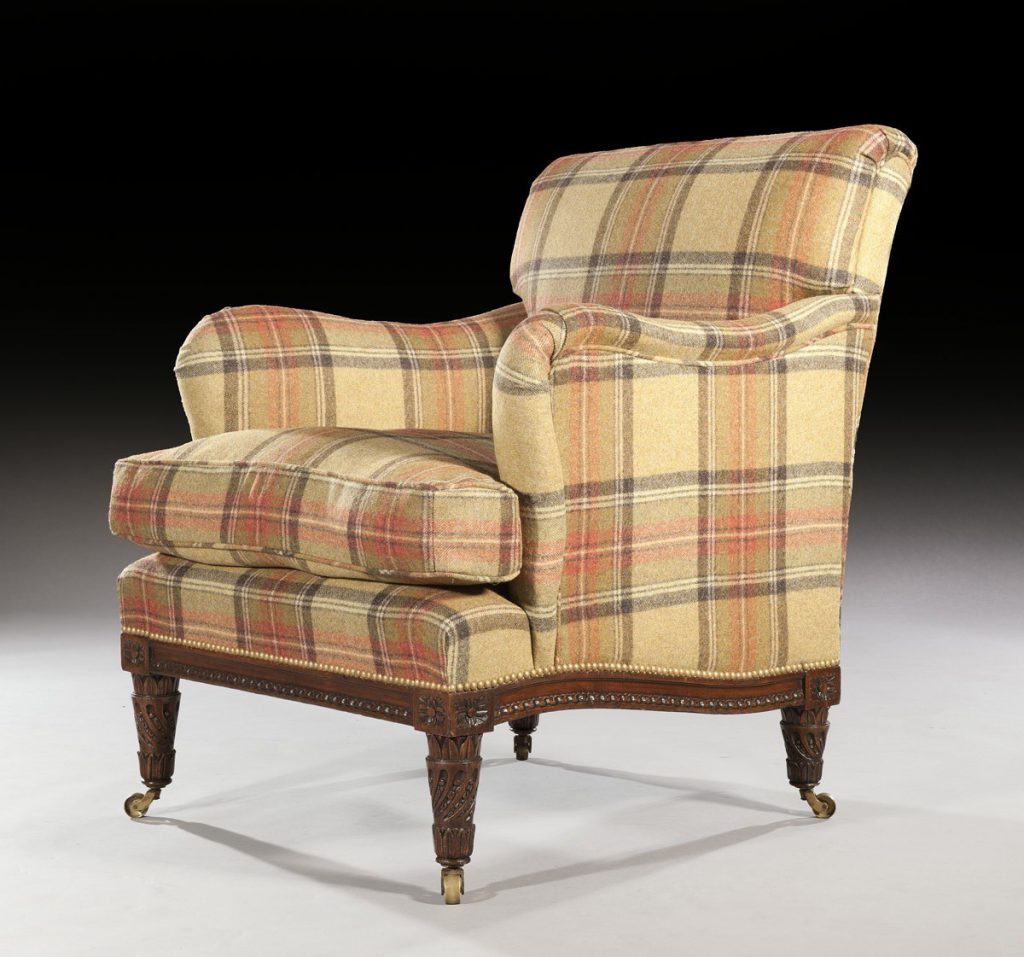 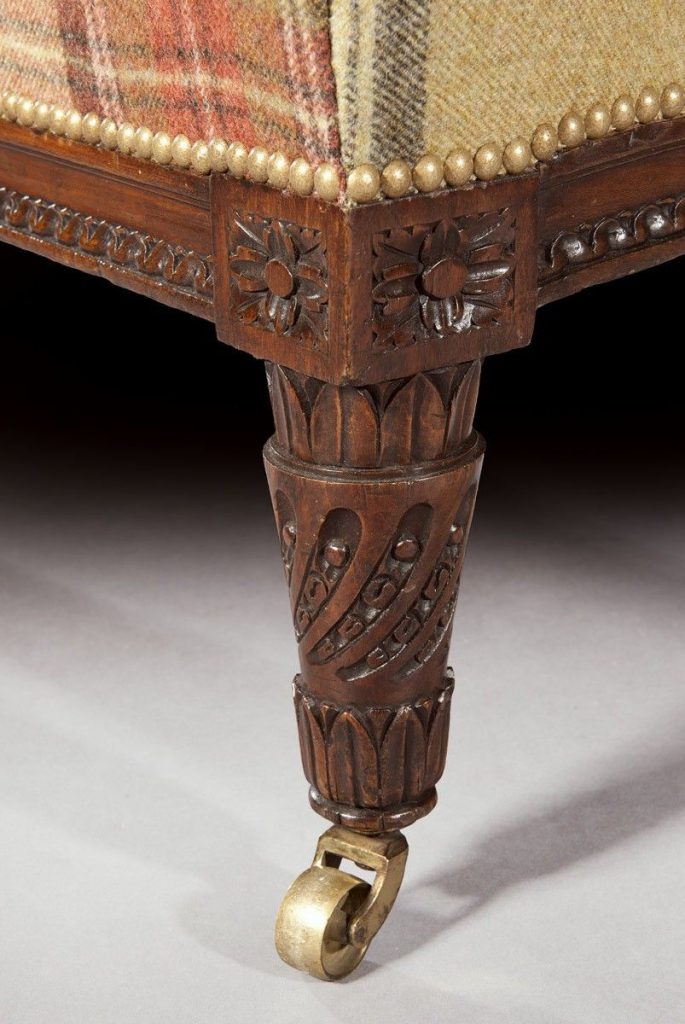 In the manner of HOLLAND & SONS

The exquisite carving to the walnut chair is repeated on the back and is of the highest quality. The lotus leaf decoration to the frieze is tightly carved sitting on four well turned and carved legs. The chair style is very much Howard and Sons but the carving is more a Holland and Sons look. It is possible that one or both manufacturers had a hand in the chair!

The condition of the chair is excellent and it has been recently upholstered.

Originally founded in 1803 by Stephen Taprell and William Holland, a relation of the architect Henry Holland, the firm of Holland & Sons soon became one of the largest and most successful furniture making companies of the 19th Century. The firm worked extensively for the Royal Family, being granted the Royal Warrant early in the reign of Queen Victoria, hence taking a leading part in the decoration and furnishing of Osborne House, Sandringham, Balmoral, Windsor Castle and the apartments of the Prince and Princess of Wales at Marlborough House. Holland and Sons also worked extensively for the British Government, for whom they executed over three hundred separate commissions, including the Palace of Westminster, the Victoria and Albert Museum, and oversaw the State funeral of the Duke of Wellington. Among their private commissions the firm produced a celebrated suite of bedroom furniture for the late Sir Harold Wernher at Luton Hoo. Always at the forefront of fashion, Holland & Sons employed some of England's leading designers and participated in many of the most important international Exhibitions of 1855, 1862, 1867, 1872 and 1878. Howard and Sons was established by John Howard at 24 Orange Street London in 1820. In 1854 the firm was established in the heart of the West End at 22 and 36 Berners Street. They employed their eclectic range of styles working for many prestigious clients at important houses such as Sudbury Hall in Derbyshire and Elton Hall, Huntingdonshire. Howard and Sons of London were one of the best upholstery makers of the Victorian era. They were as well known as the antique furniture makers Gillows for the quality and styles of furniture. In fact Howard and Sons worked together with Gillows on several occasions and it is said that they manufactured pieces of upholstered furniture for Gillows and other renowned makers such as Holland & Sons. Howard and Sons chairs were shown at large exhibitions around the world and they supplied several Royal homes. Howard and Sons were mainly well known for upholstered antique easy armchairs, sofas, wing chairs and chaise longue. They only used the finest materials and made their chairs for comfort. They mainly used traditional upholstering techniques such as tenon jointed frames, stitched front edging and they used solid woods for the frames so their chairs were not just comfortable pieces of furniture, but also hard wearing and built to last.