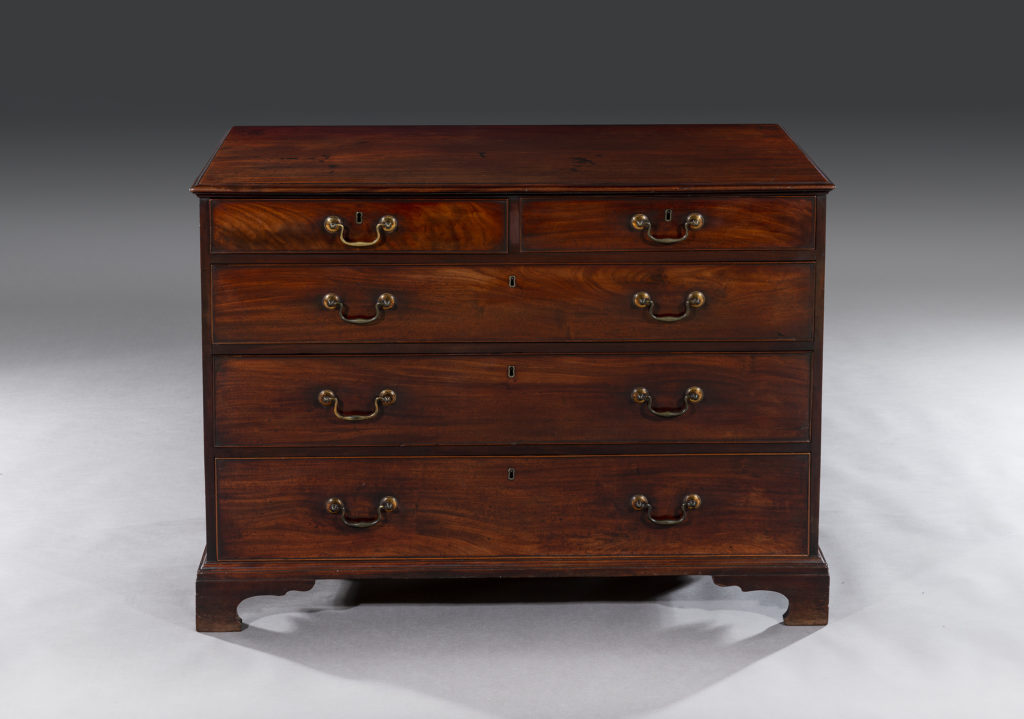 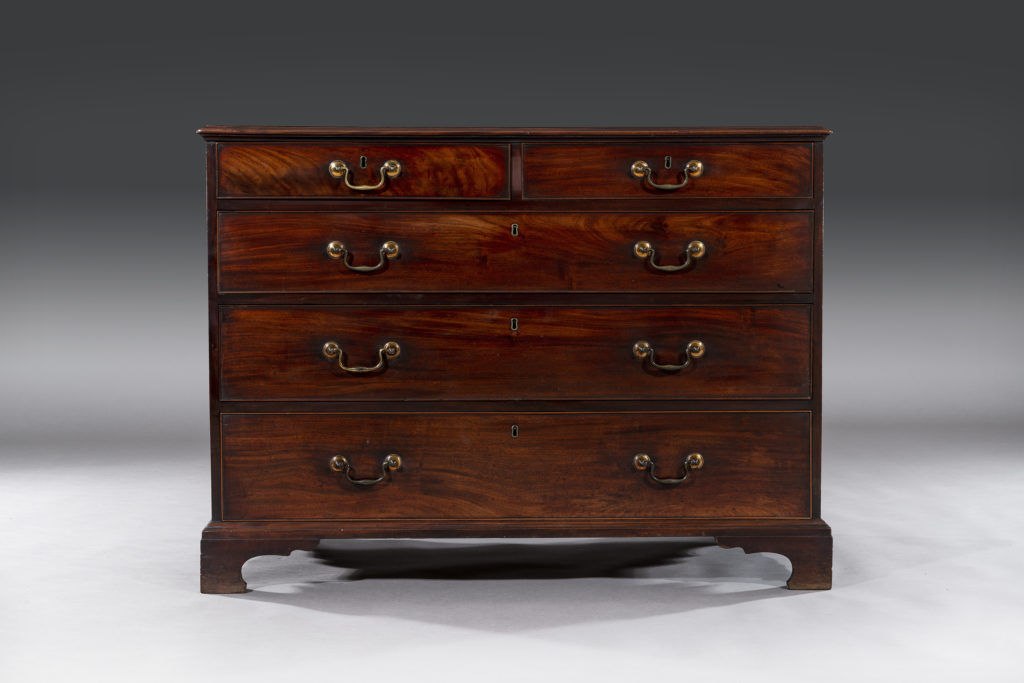 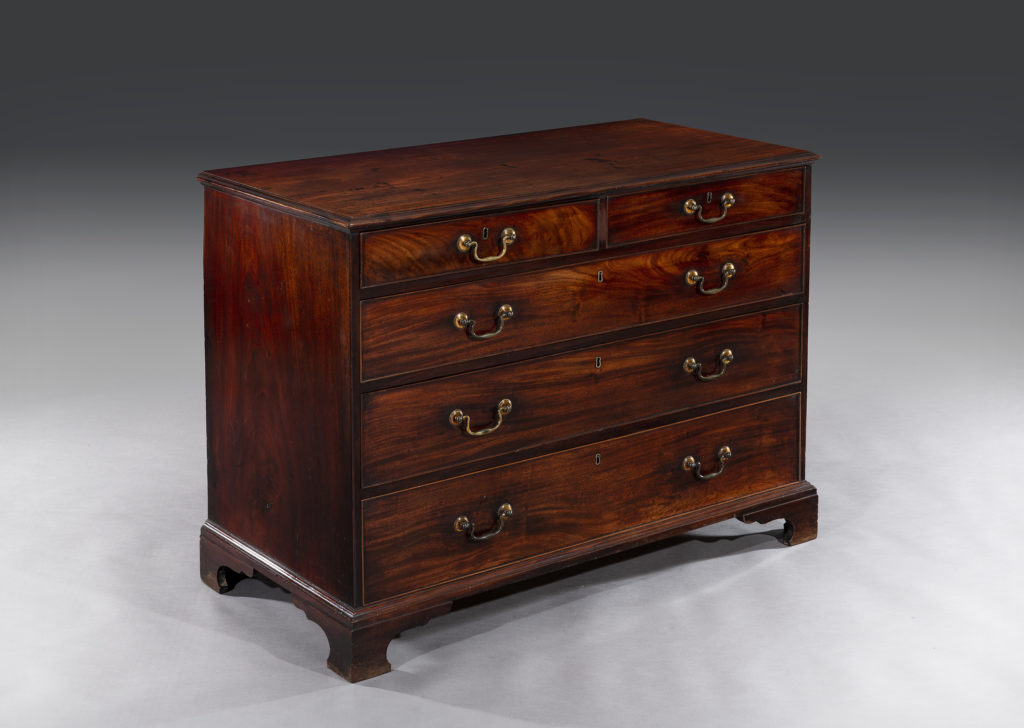 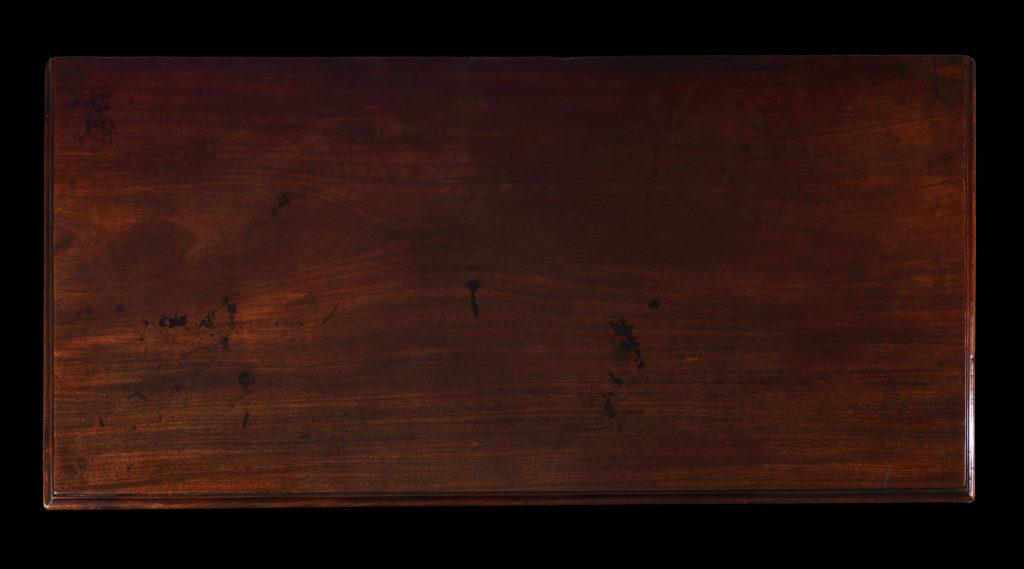 The well drawn highly figured mahogany rectangular top with a thumbnail moulding sits above two short and three long graduated drawers which retain the original fine gilded swan-neck handles and back plates. The chest stands on shallow ogee bracket feet which are original and not cut down or altered. The chest of drawers are most and elegant with the scale of a fine gentleman's commode.

Curzon, born in Amersham, Buckinghamshire, was the only son of diplomat the Hon. Frederick Curzon-Howe (a son of The 3rd Earl Howe) and his wife, the actress Ellis Jeffreys. Curzon trained for the Navy at The Royal Navy College, Osborne on the Isle of Wight and first saw action in the First World War. He retired from the Navy as a Lieutenant Commander, then served as a King’s Messenger before turning to the West End stage in 1930.

He appeared in many films, including several directed by Alfred Hitchcock before moving to the US and Hollywood.

A brief interruption to his career came in 1939 when, after playing a minor role in Alfred Hitchcock’s Jamaica Inn he again enlisted in the Navy during World War II. 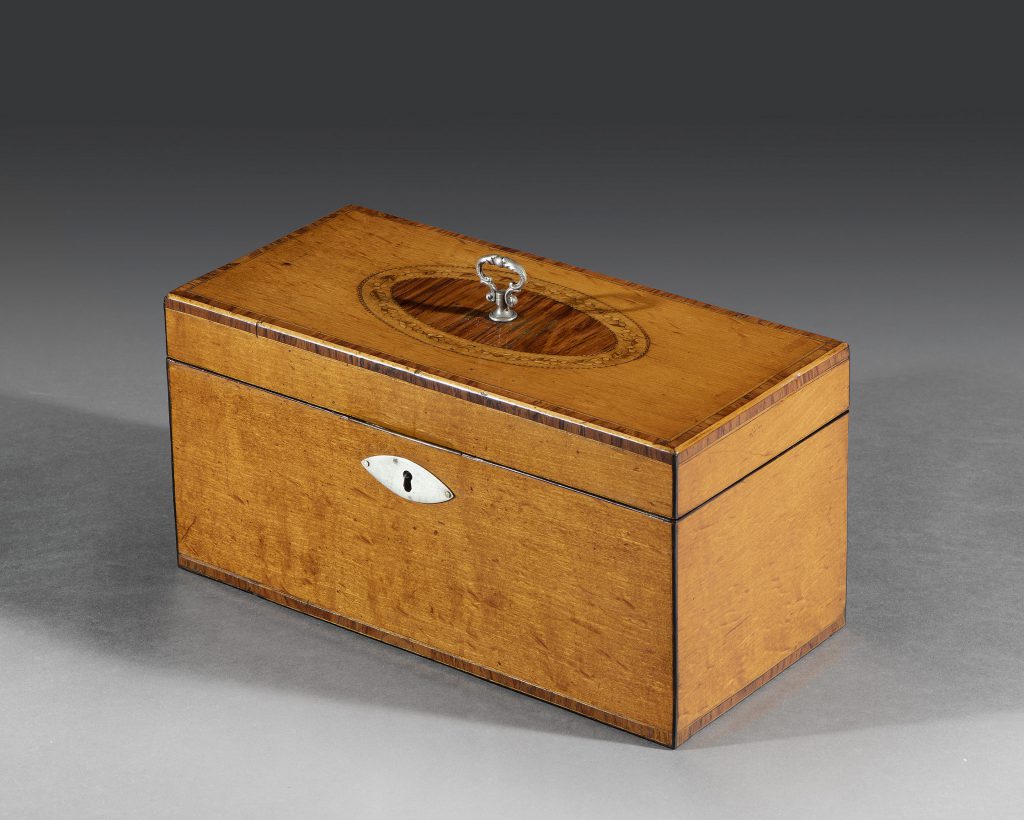 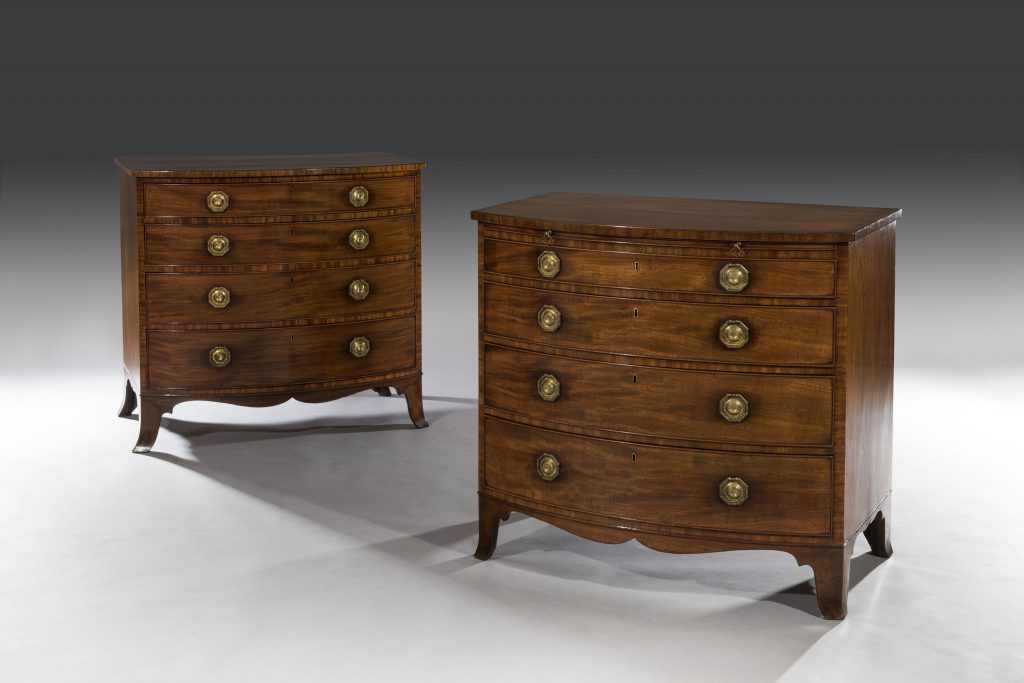