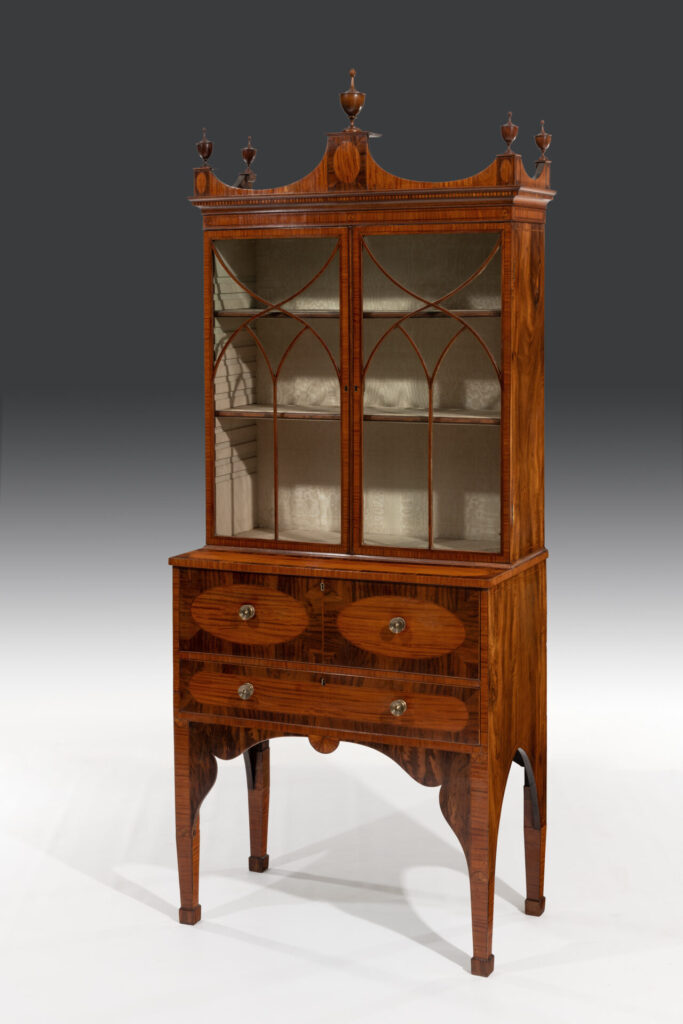 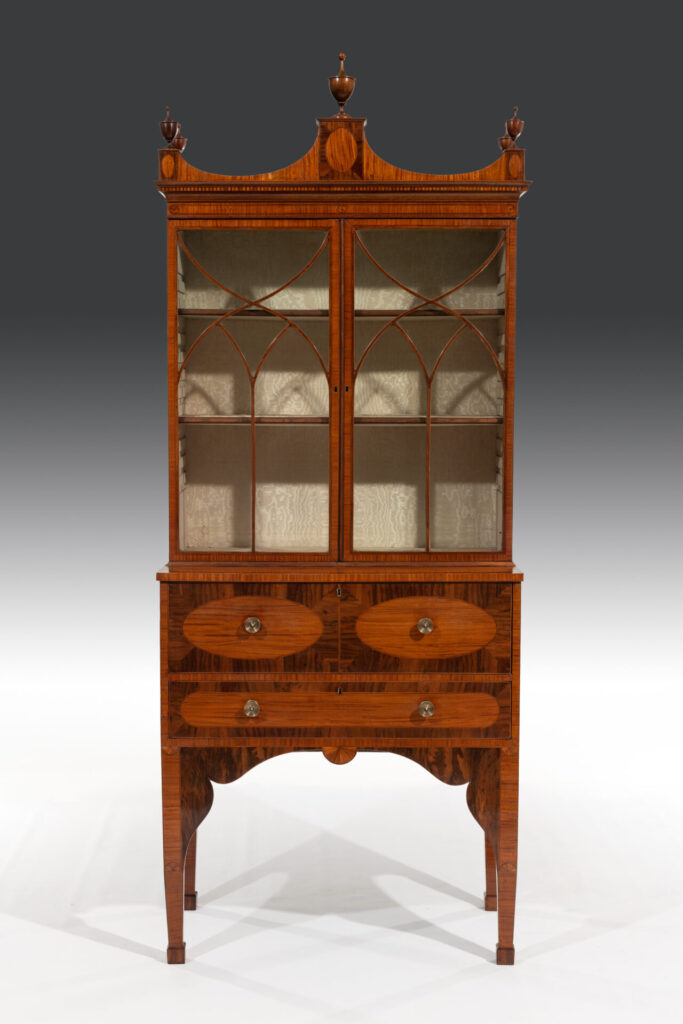 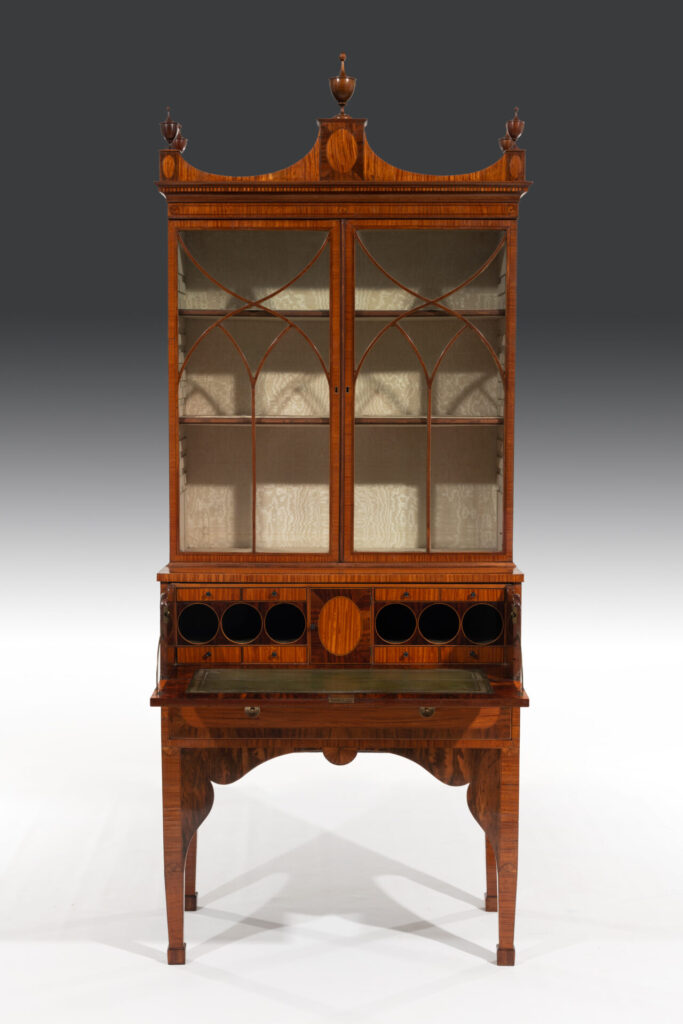 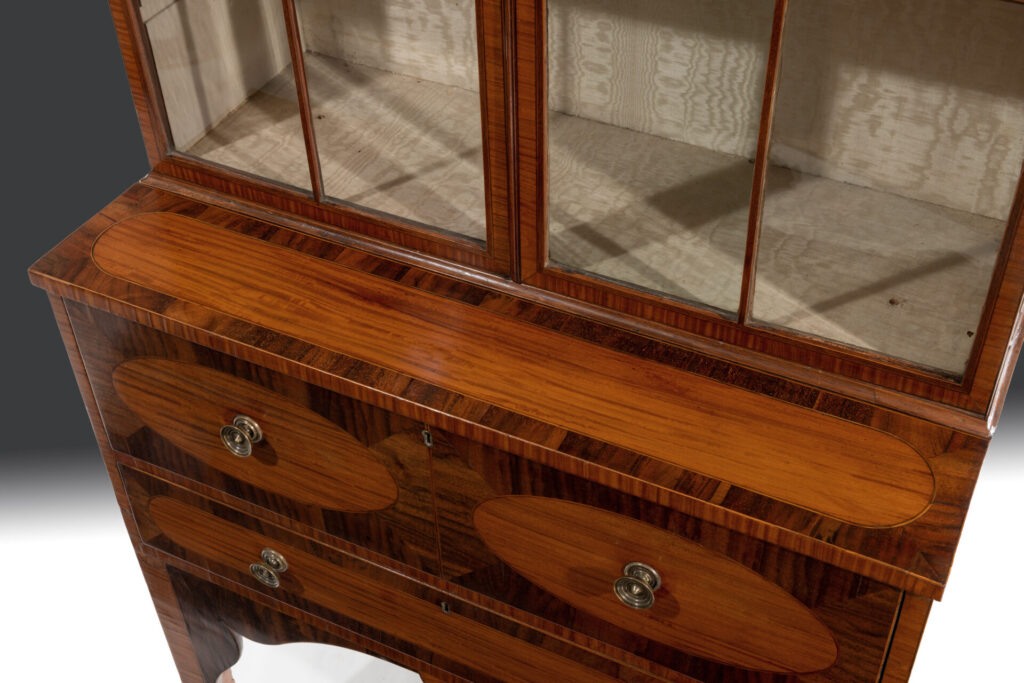 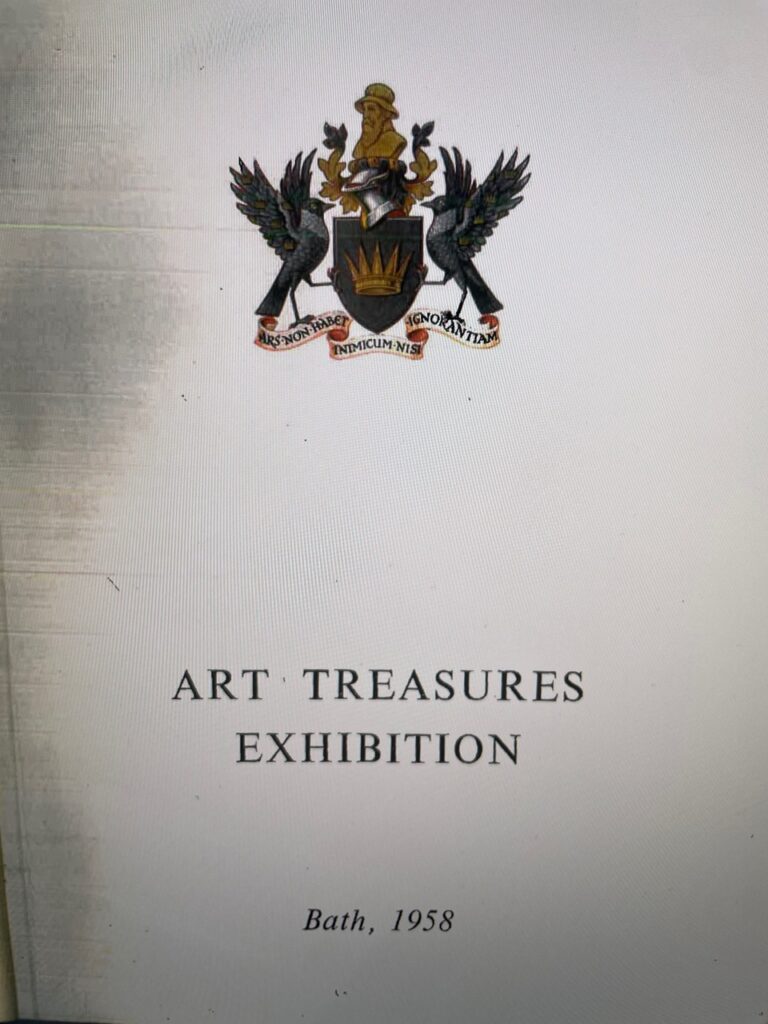 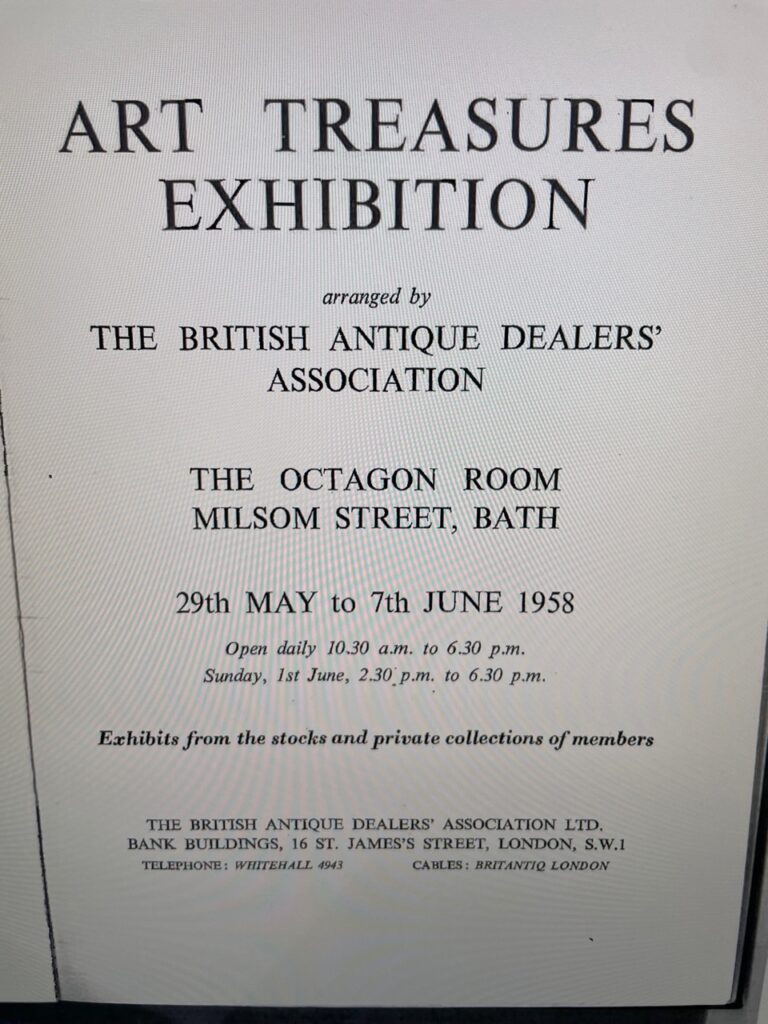 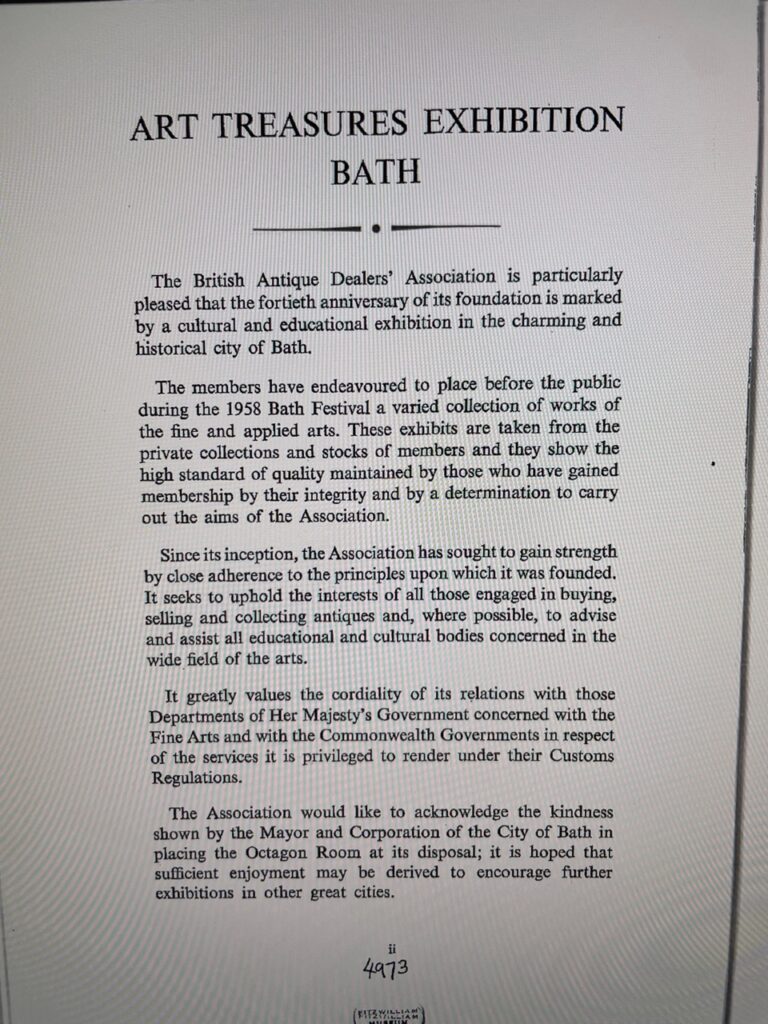 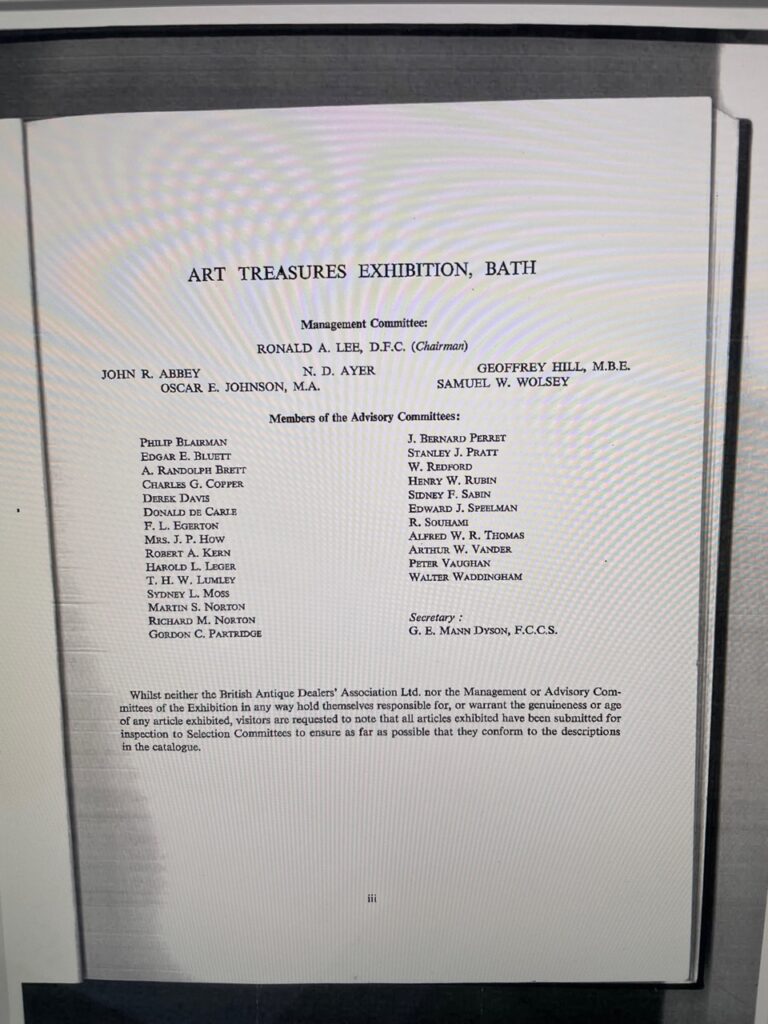 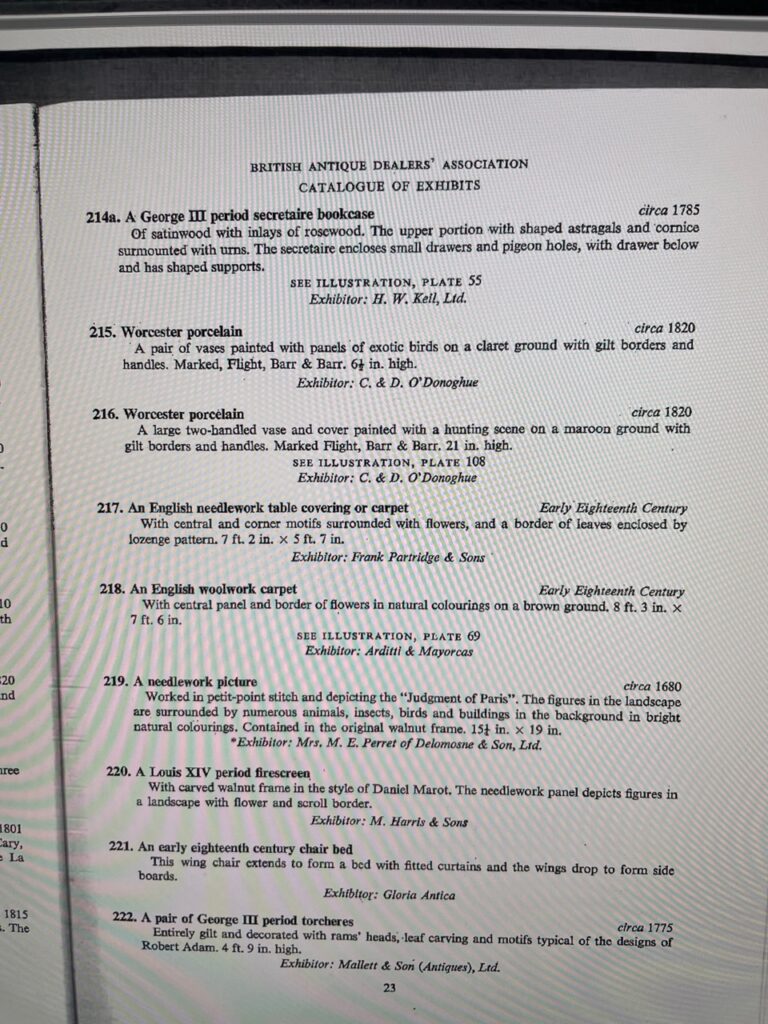 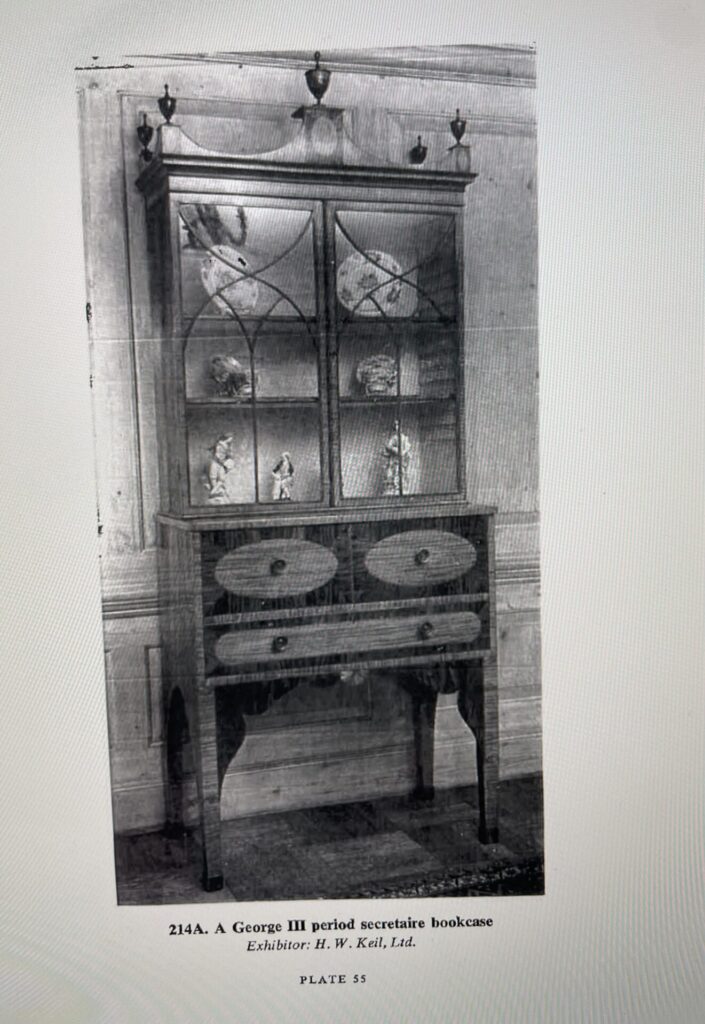 The secretaire drawer pulls out to a green leather writing surface and a stunning arrangement of satinwood drawers above and below rather unusual circular pigeon holes. The circular pigeon holes are veneered in zebrawood to blend in with the central inlaid centre door. The full length mahogany drawer below is integrated into the shapely stand and four tapered and half moon inlaid legs are supported with broad inverted brackets and centred with a semi-elliptical satinwood inlaid fern shaped motifs. The finely tapered legs stand on block feet.

George Simson
George Simson was apprenticed to Noah Chivers (who also used a label) in 1772 and became free of the Upholders' Company in 1780. By 1787 he was in business as an upholder, cabinet-maker and undertaker at 19 St Paul's Church Yard, where he continued to trade until 1840. Directory listings indicate that towards the end his son was taken into partnership. A rosewood davenport is marked 'Simson & Son'. Insurance records show that in 1792 he had taken over seven properties adjoining No. 19 and in 1808 his stock and utensils were covered for £6,000.

Simson's label has been found on well over thirty pieces of highly fashionable furniture often inspired by pattern book designs (he subscribed to Sheratons 'Drawing-Book') or reflecting up-market Regency styles. A lady's secretary and cabinet of c. 1795 veneered in satinwood and sabicu is of particular interest because it relates closely to the well known family of secretaire and dressing cabinets incorporating clocks and automatic organs from 'Weeks' Museum of Mechanical Curiosities in the Haymarket, permitting attribution of this celebrated group to Simson on the basis of stylistic analogy. Over twenty 'Weeks' cabinets have been identified - they were obviously batch produced in a large workshop.

Simson used two labels, both have the same wording but the later version, apparently introduced c. 1800, adopts a slightly different layout and is decorated with two hatchments. A late Regency writing desk stamped 'GEORGE SIMPSON UPHOLDER CABINET MAKER & UNDERTAKER LONDON' implies that the firm used an impressed mark after they ceased to employ labels in about 1825. The inclusion of a letter P in the name appears to have been optional.

The solid mahogany urns are contemporary.

The cabinet was exhibited in the Art Treasures Exhibition arranged by the British Antique Dealers' Association held from 29th May to 7th June in 1958 at The Octagon Room, Milsom Street, Bath and it was item number 214a, as can be seen from the images relating to the exhibition. 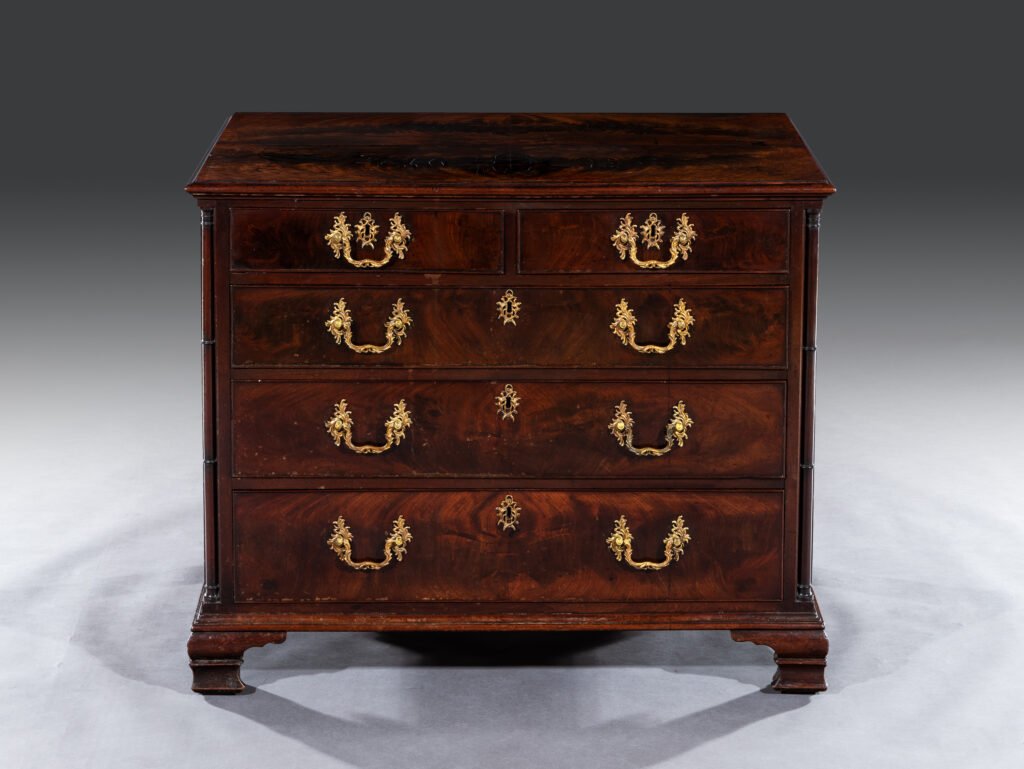 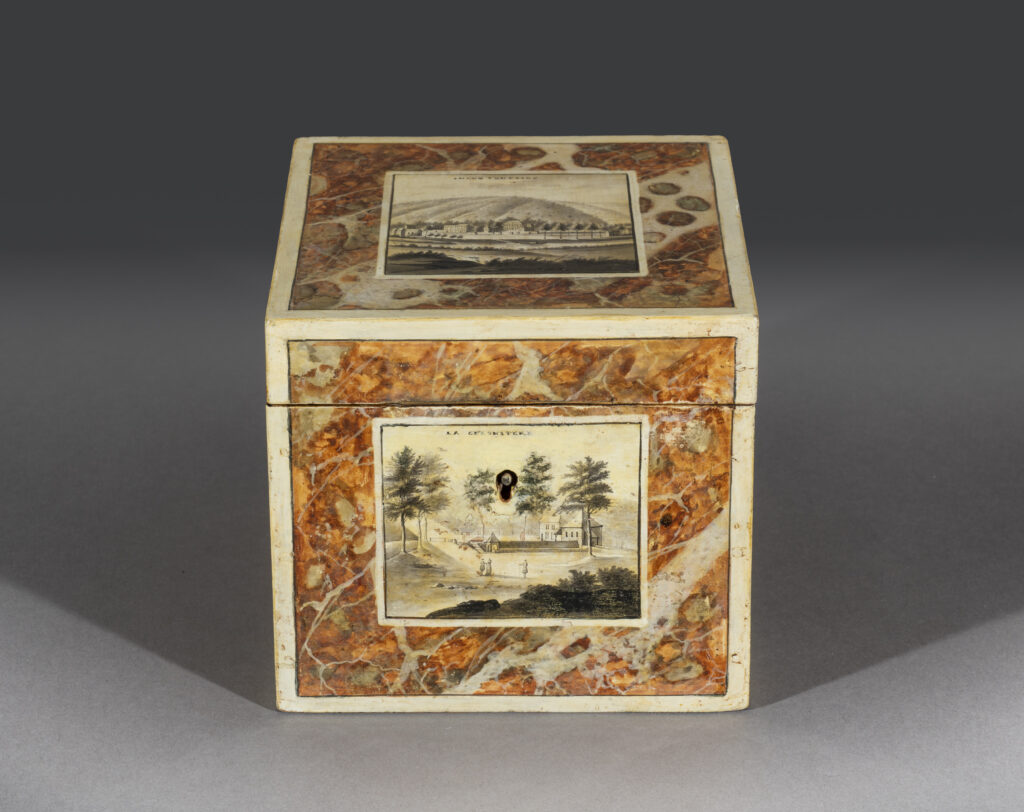 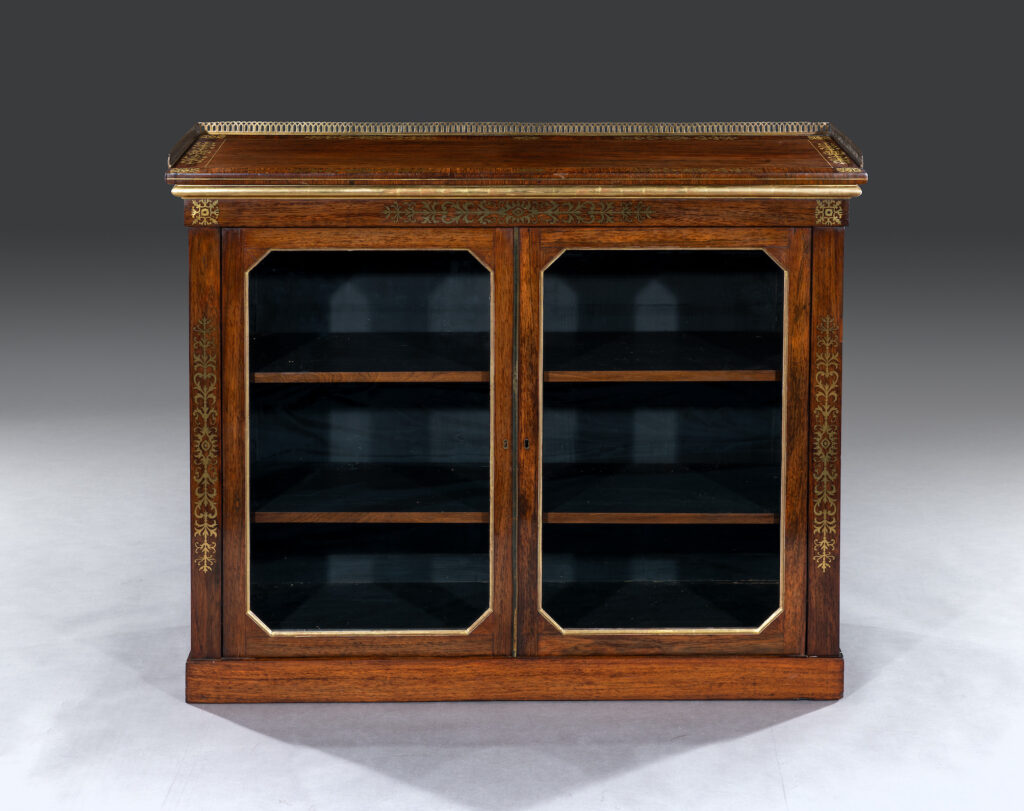